Subscribe
We had another early start today. It was cold, so we all hooked in to the task of weeding, breaking up the clay, and preparing the ground for the first trees to be planted.

This is our friend Josh, who travelled up to Sydney to work with us on the Forest. Not only are you a gun with a shovel, Josh, but you’re a great person to be around. 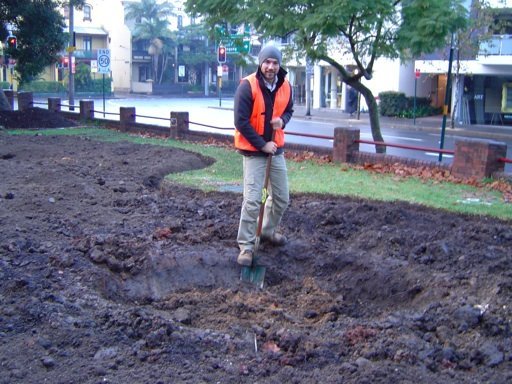 This project may be credited to the Artist as Family, but there’s no way we could do this without the help we have received from people such as Josh, Anna at the MCA, Rachel, whose lodgings we crash out in each night, our friends back home who have been ringing and emailing their support, and people we meet on a daily basis such as Owen.

This is Owen. Our two main trees arrived on the back of his truck this morning. 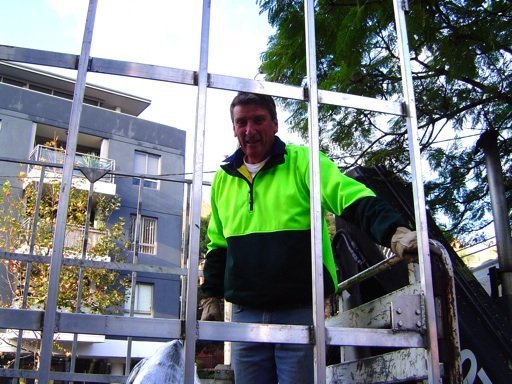 Here comes the Spanish Chestnut. At 5 meters in height, she makes a very grand entrance and is carefully steered into her place at the head of the Forest. 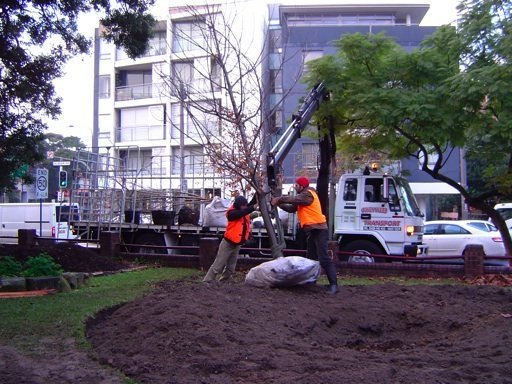 Next up comes the Indian Horse Chestnut, generously donated by Michael Pfhal at Treekeepers Nursery, Bowral, NSW, who also grew the Spanish. 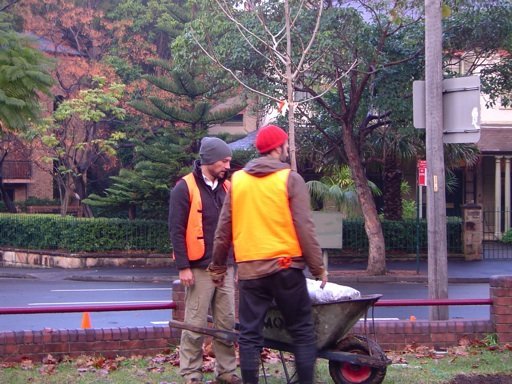 In an attempt to prevent the untiring couch grass from taking over the forest floor, we have weeded out every last skerrick of root and leaf, and today, laid black plastic in a trench around the periphery of the Forest as a barrier. 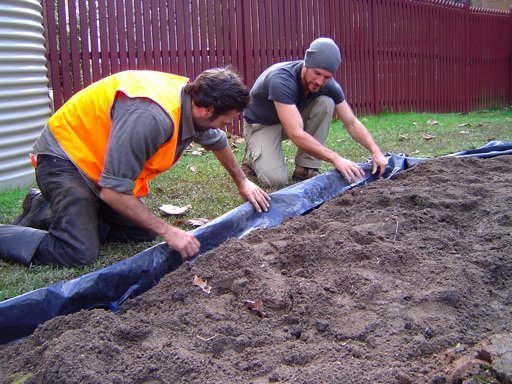 The couch grass may be indefatigable, but we mere mortals are not. 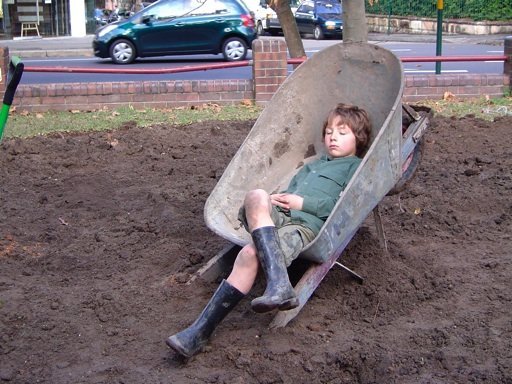 Sleep well chestnuts! See you on site in the morning. 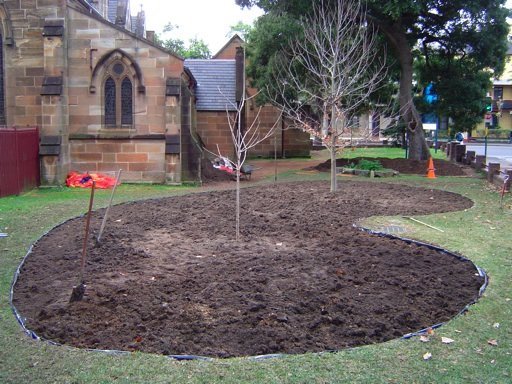