Subscribe
As artists, homeschoolers, public transportees, community witnesses, friends and as family we travelled to Melbourne today. We arrived early because (by chance) Woody woke us in time to catch the first bus. We walked the drizzly city streets and Zeph bodytagged the laneways, not with toxic paint but with biophysical exuberance. 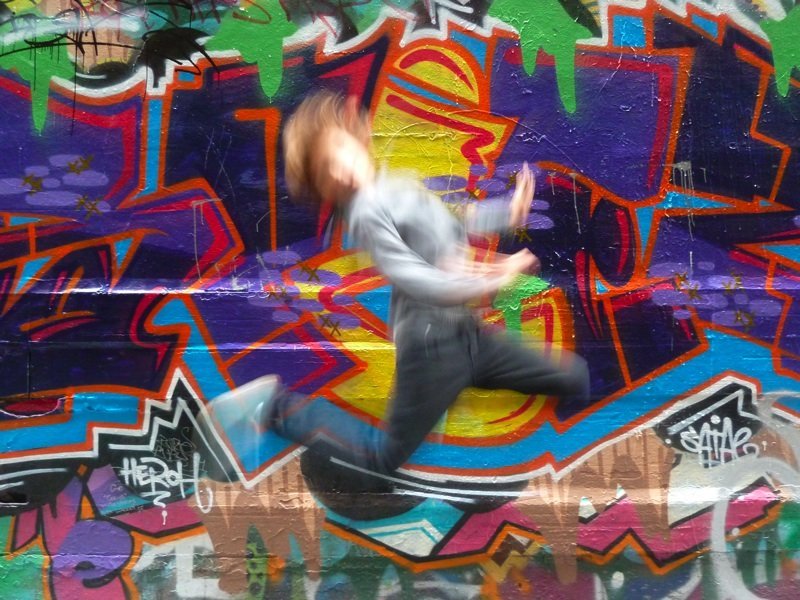 We lost ourselves in the dreary dreamy morning and only after asking a passer-by for the time did we then run to the County Court to meet our community friends and persecuted midwife, Sally. Sally is another independent midwife hunted by a nanny-state that foregrounds institutional hysteria over feminine intuition, ethics and rights. One of the central arguments against her was that the public needs protection from such risk, yet outside the court the state was ratifying cars, Coke and climate change. Ideologies of mass toxicity and pollution reign in an abuser’s paradise while loving independent midwives are deemed a threat to ‘the public’. 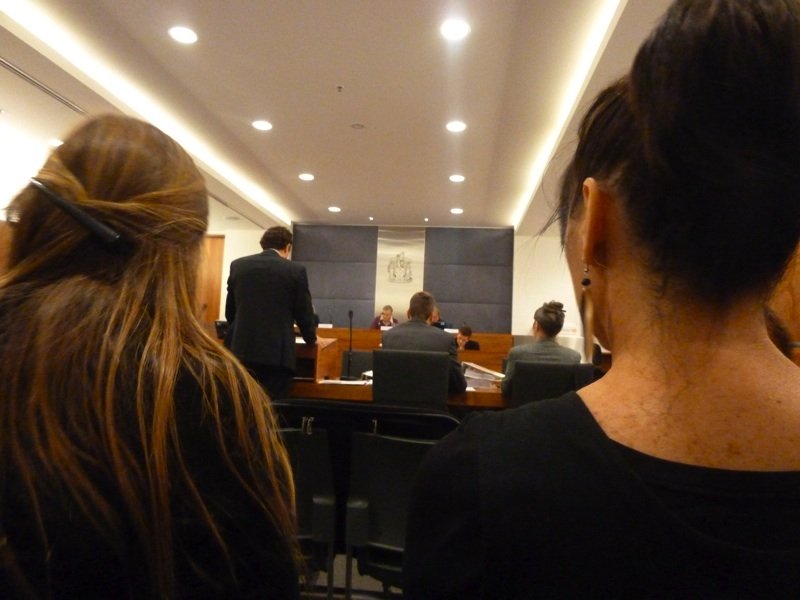 Today, Sally’s verdict was basically the final nail in the coffin of her long practice as an independent midwife and marks a further erosion of rights for women. The legal costs and the rulings handed down from the so-called expert panel have made it impossible for her to appeal and keep practicing. A number of us, as representatives of all who love and respect Sally, rose early to travel for a few hours to support her. This is a person who was awarded the highest acknowledgement in our community at the International Women’s Day Honour Roll celebrations two years ago. 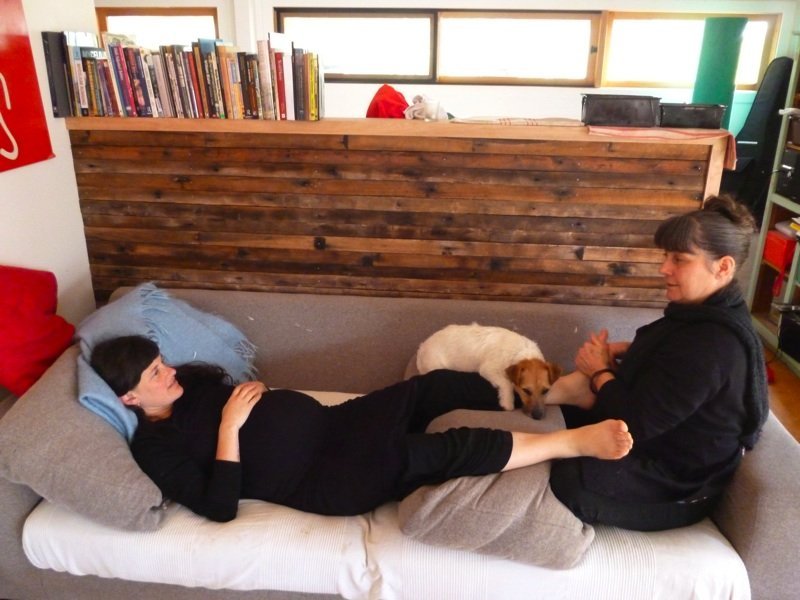 Sally’s great mistake was that she spent more time adorning, caressing, heartening and massaging the mothers she cared for and not enough time filling out forms and following a patriarchal-Cartesian regime of risk assessment and legal accountability. All the letters from the mothers of the births under investigation were ignored, and so too the fact that the overwhelming majority of mothers Sally tended were able to birth in the manner that respected their wishes, free from the panic of obstetrics, clock-time and legal risk assessors that shape all decisions a birthing ward makes. If any mothers had written criticism of Sally we’re sure this would have been used against her, but instead all our letters of support relating to her case were blatantly ignored. 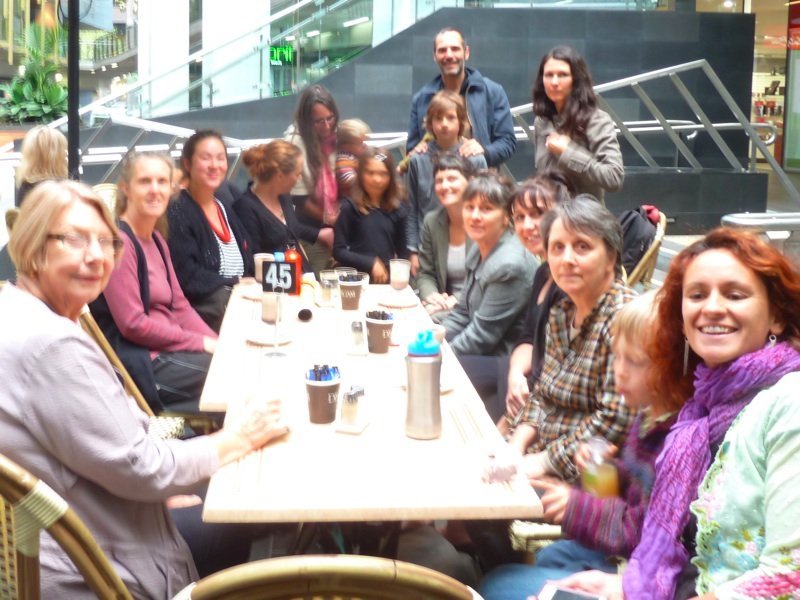 We left the court teary-eyed and Artist as Family walked soberly to the State Library where we saw an exhibition of another state-made outlaw, Ned Kelly. Homeschooling Zeph has enabled so much more flexibility in our family life, so that learning has become more applied, less abstract and much more relational. We marvelled at Ned Kelly’s armour made from parts of an old plough. This was engineered by a blacksmith evidently sympathetic to the politics of the Kelly gang who were in turn abhorred by the smug ruling elite who had brought class war to what had always been a classless country. In another exhibition we observed an early painting of our home town’s main street, intrigued by the inaccuracy of the painter, and more than aware of the terror Jaara people must have experienced at this time, so picturesquely absent from this civil street scene. 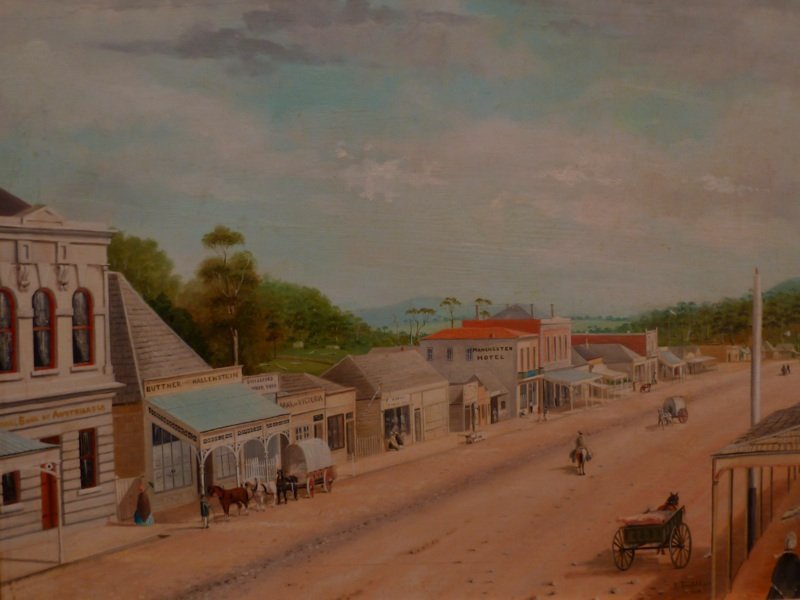 Today we thought about those who are persecuted; the likes of Julian Assange, Ned and Sally. All three are bound by a staunch belief in peoples’ basic rights for self-determination. All three share various experiences of homeschooling and all three have been cowardly persecuted by those who wish to control us.

The joys and trials of our walk to Melbourne… more thinking about post crude oil art forms.