Subscribe
We were only going to spend a night or two at Yarramundi Reserve, but it was difficult to leave, partly because of the swimming, 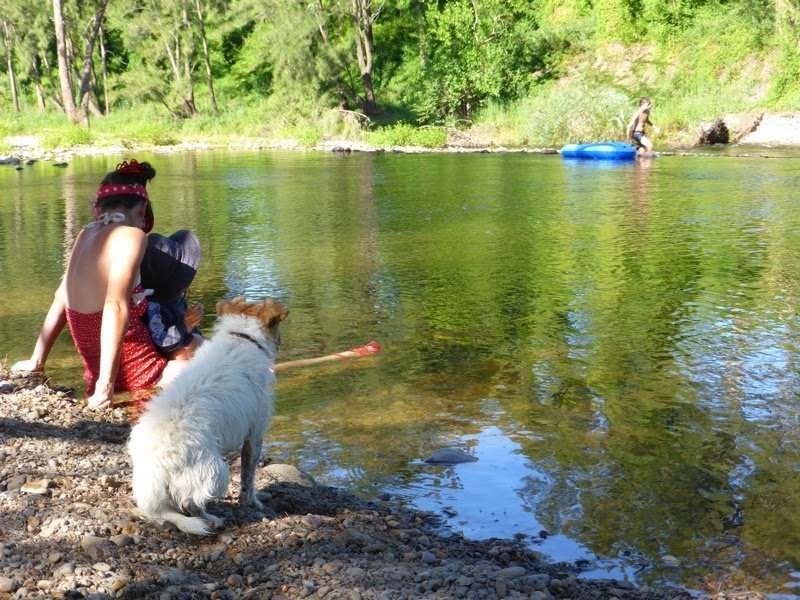 and partly because of the local people. This is Kate, a community nurse who walks her dogs at Yarramundi, (which is named after the respected Indigenous doctor sometimes referred to as Yellomundee). Each morning we would greet Kate on the beach, and one morning she brought us a box of chocolates. Thanks Kate! 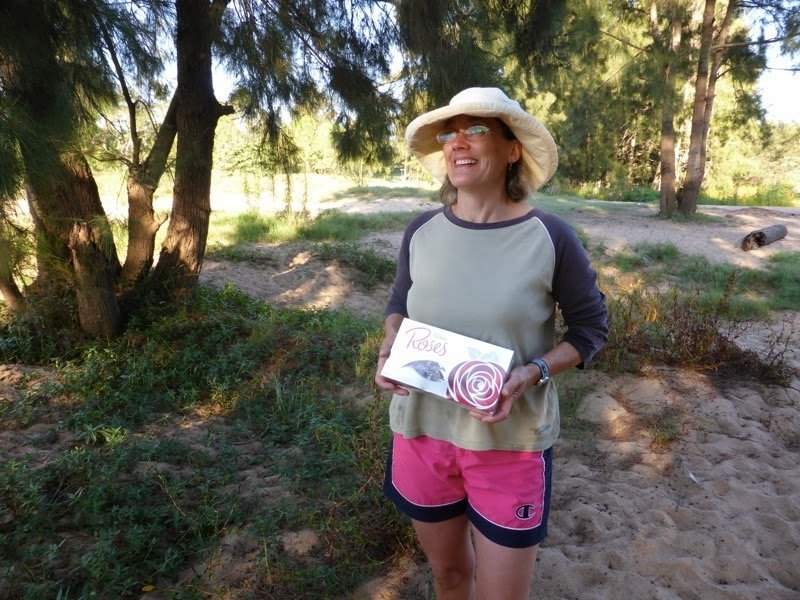 While camped at Yarramundi we rode into Richmond and found a shop that sold Australian organic produce in bulk. We met the owners, Theresa and Yves, 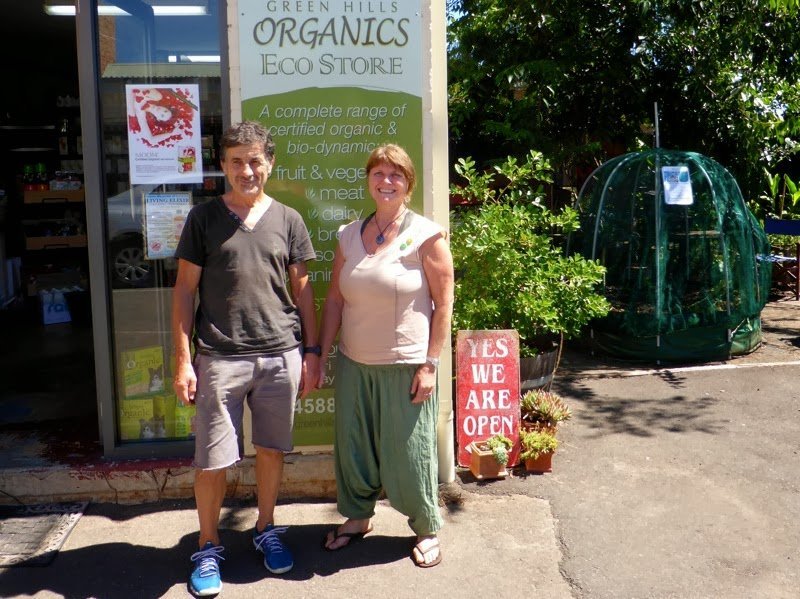 who generously invited us to visit their home garden to pick as many white figs as we wished. 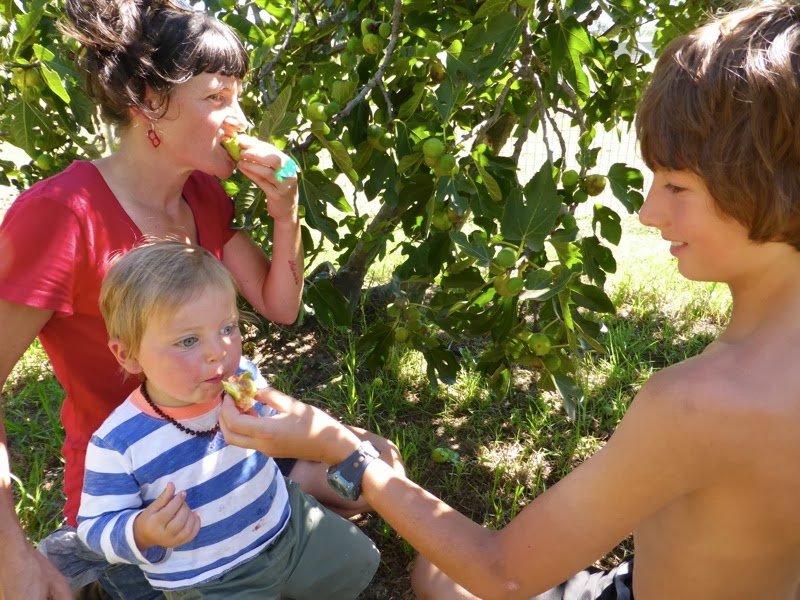 Edible fruiting figs (Ficus carica) belong to the mulberry family (Moraceae). They contain fiber, anti-oxidants and minerals including potassium, manganese, calcium, copper, selenium, iron and zinc. They also contain B-complex group of vitamins such as folates, niacin, pyridoxine and pantothenic acid. These vitamins help metabolise proteins, carbohydrates and fats. What a blessing from the gods. 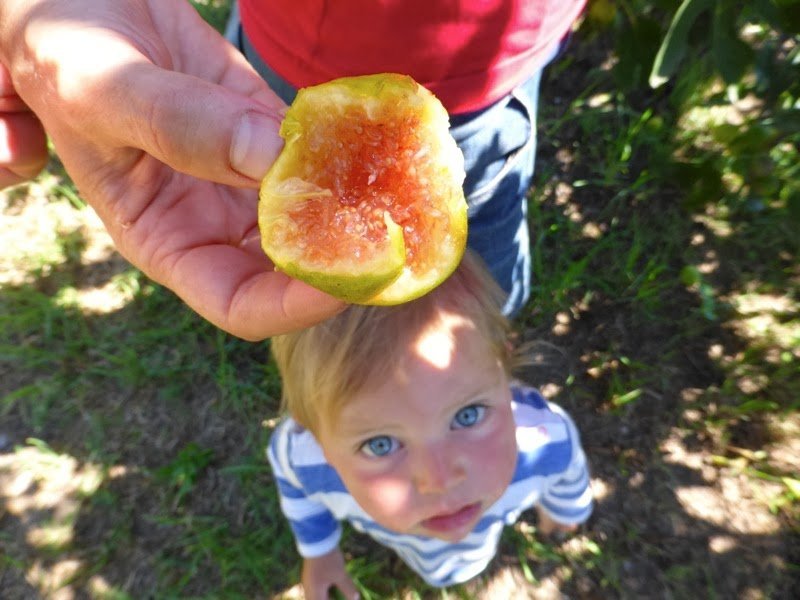 We also discovered a considerable Prickly Pear (Opuntia stricta) patch in Theresa and Yves’ backyard. This is a fruit we’ve read was good eating in Adam Grubb and Annie Raser-Rowland’s fantastic The Weed Forager’s Handbook, but had never tried it. 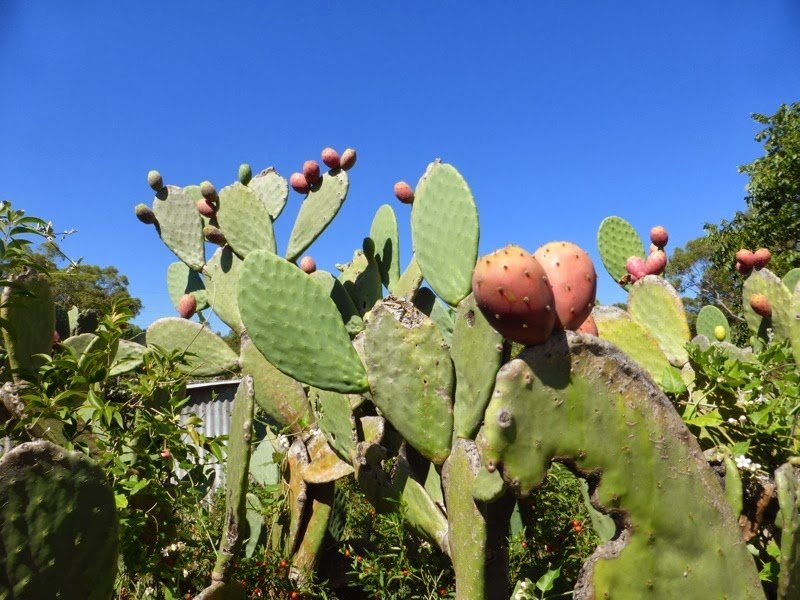 We made the stupid mistake of handling the fruit without first rubbing off the fine prickles. Ouch! So after tweezing them out we cut the fruit in situ and scooped out some watery flesh to try. It was delicious; a combination of pomegranate and watermelon, and another species to add to our list of desirable drought-hardy weeds. 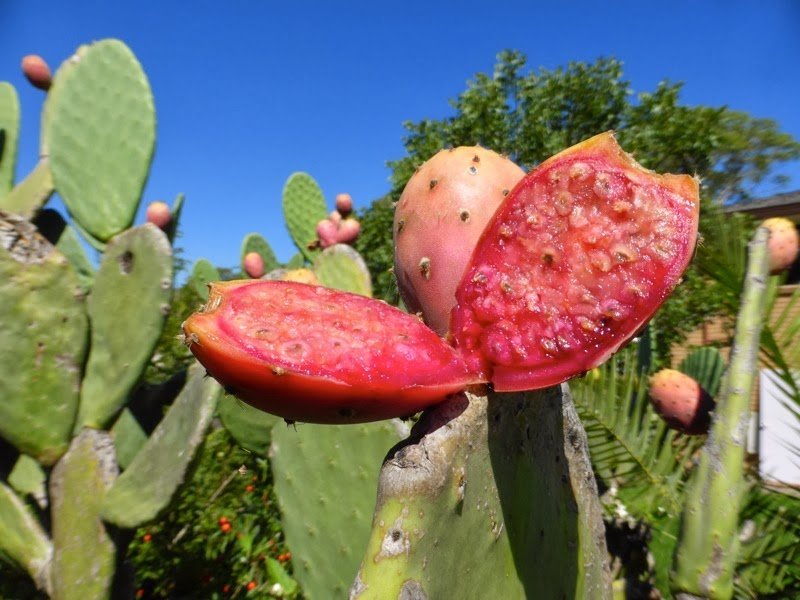 Theresa also gave us the number of Danielle Wheeler, a local permaculture teacher, Greens candidate and home-schooling mum. Zeph has been a little wanting of his own peers of late and Theresa told us that Danielle and her partner Mark have a boy slightly older than him. G’day Patrick! We organised a play for the boys at Yarramundi Reserve where they swam, played with a small dinghy (we’d found and repaired) and cooked campfire damper. 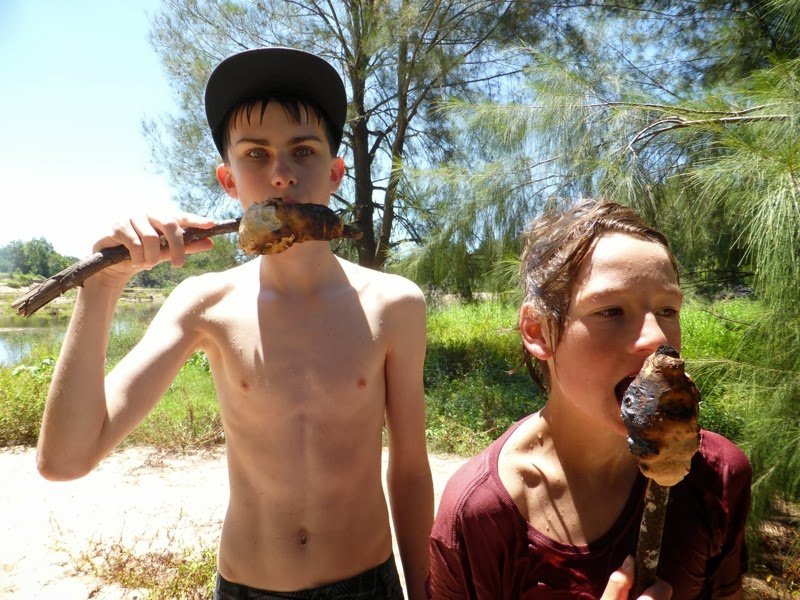 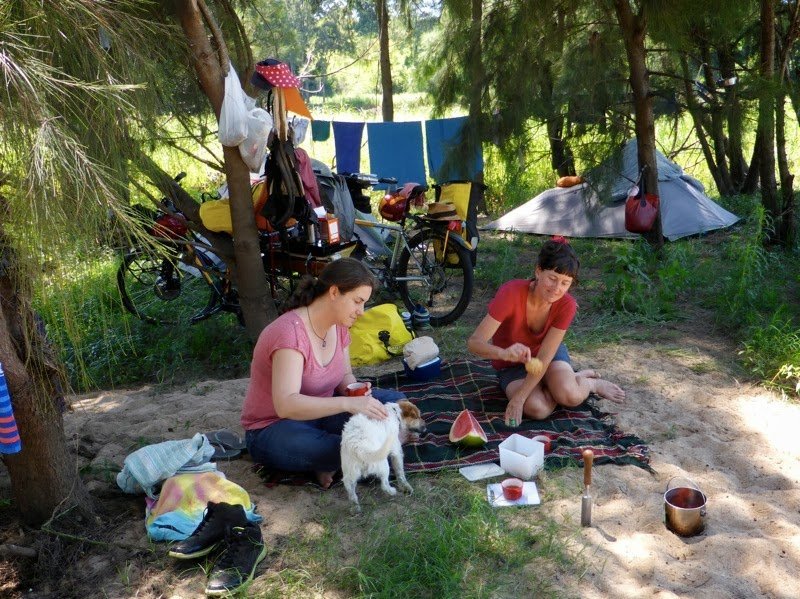 We asked Danielle about a few local weeds that we haven’t seen before, such as this plant, 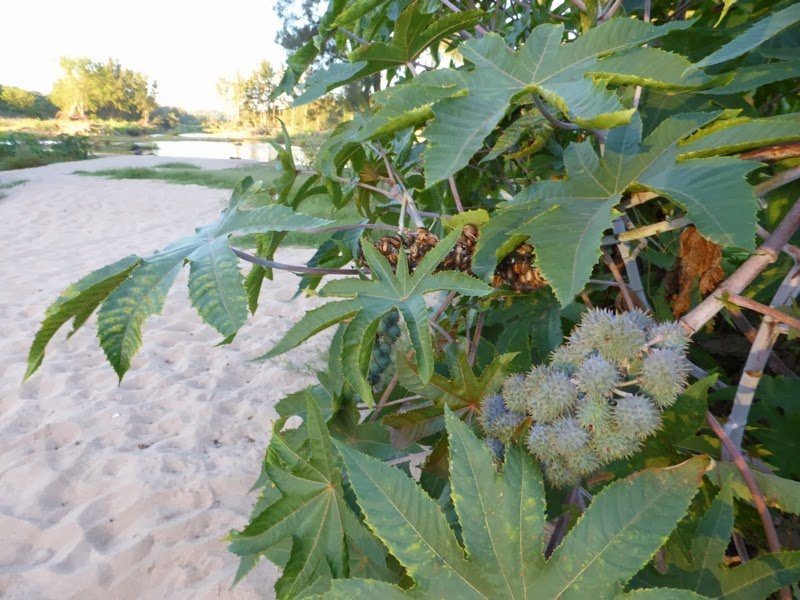 the Castor Oil Plant (Ricinus communis). Traditionally castor oil has been used as a remedy for constipation and child birthing, although more recently as a non-freezing lubricant for machinery. But beware, the seeds from which the relatively harmless oil is made can be fatal. The seeds bear the potent toxin riciniii that if ingested will kill the ribosomes of your cells. Eating only a few could be fatal! 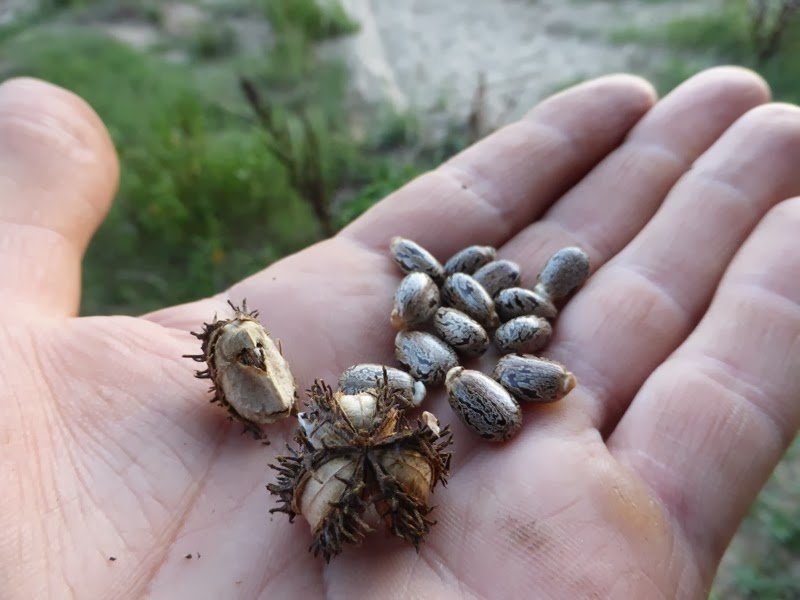 This knowledge reminds us just how important it is to be vigilant when there are little foragers around who are enthusiastic experimenters. 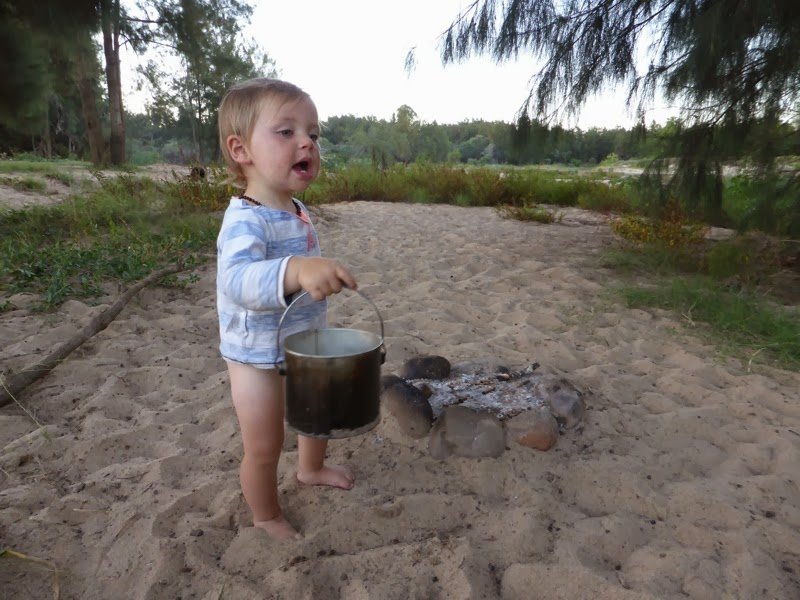 We finally left our Yarramundi utopia, 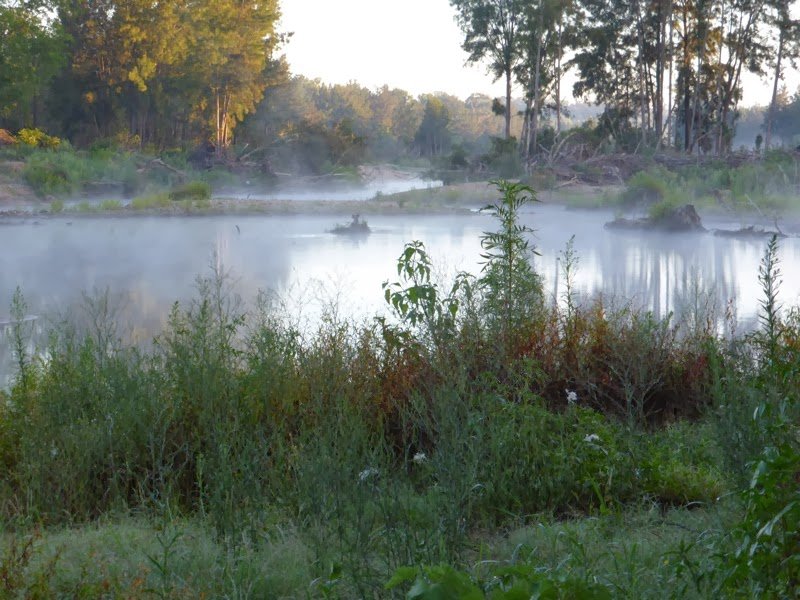 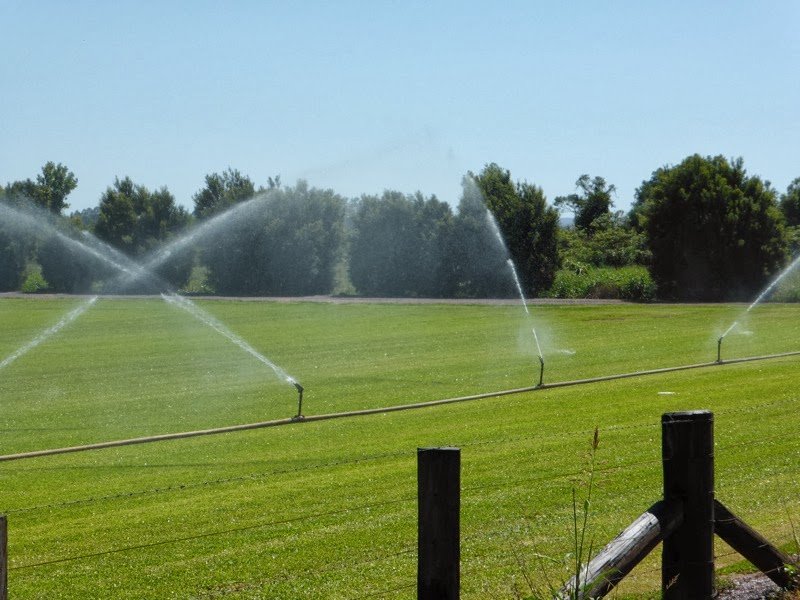 Danielle, Mark and Patrick had invited us to camp in their permie garden at Wilberforce and do some washing. 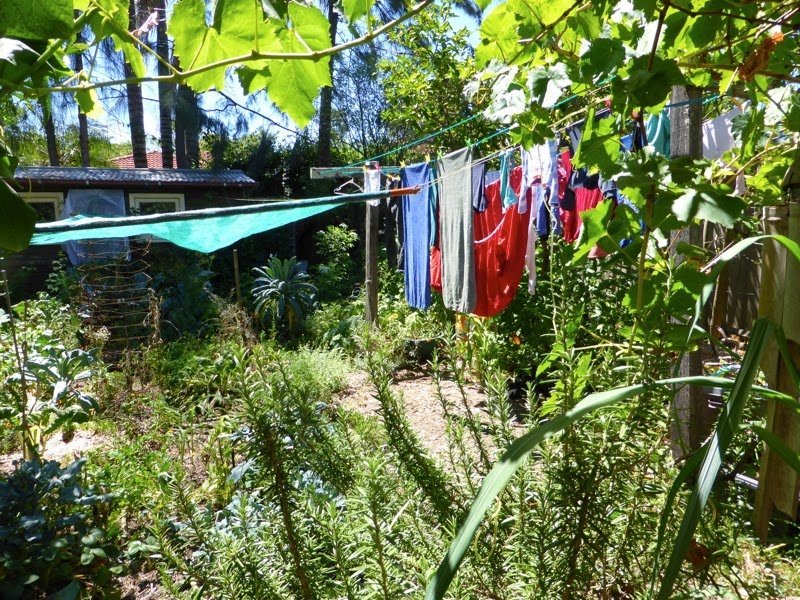 So we returned their kind hospitality with a blogging lesson. Danielle cooked us some beautiful meals and even though Zeph and Patrick hit it off, Patrick and Woody also got along. 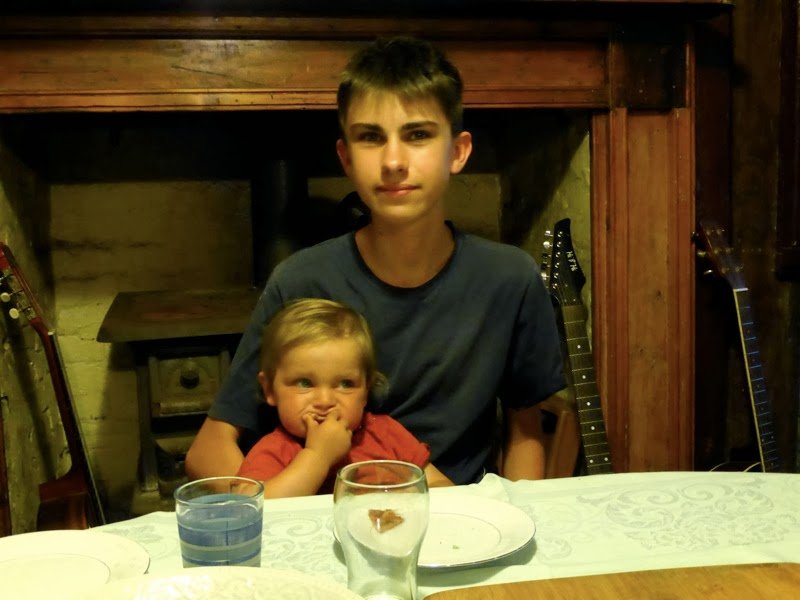 It was sadly only a short stay, but very nourishing. Thank you Mark, Danielle, Patrick and Rory! 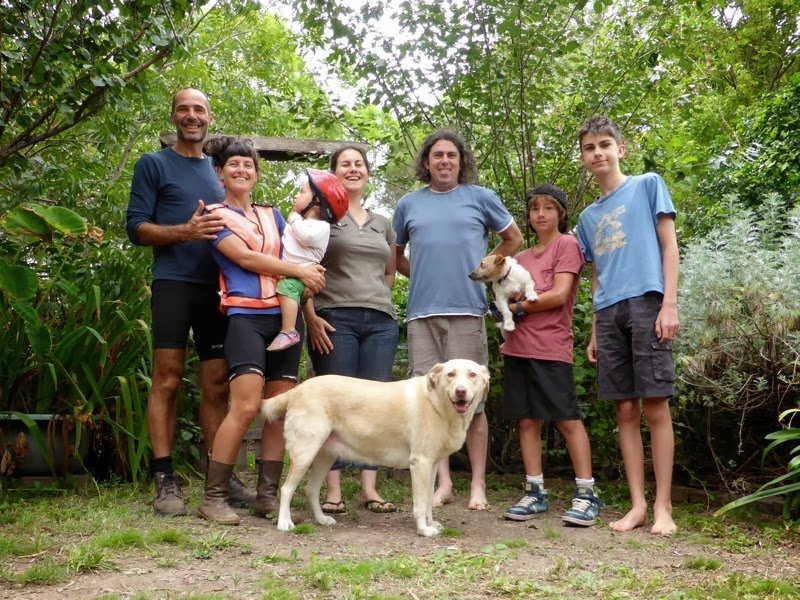 We rode up to Sackville and caught our first ferry for the day, crossing the Hawkesbury underneath its sandstone cliffs, 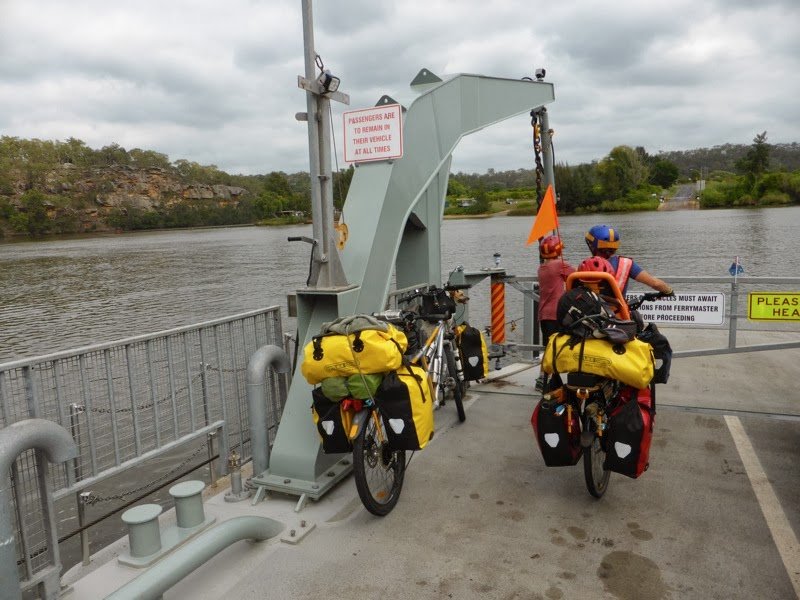 and near Maroota bought a watermelon direct from the grower for a mere $1 a kilo. 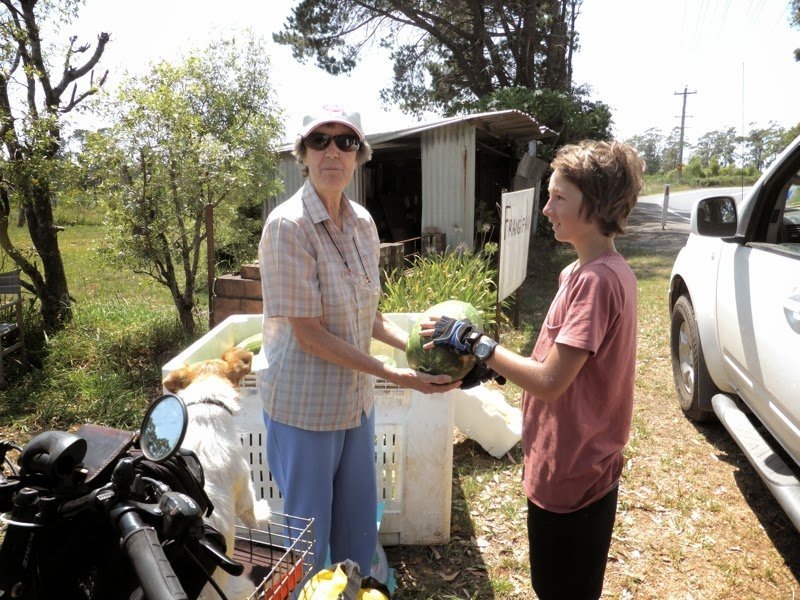 We did a fair bit of climbing on our ride but eventually descended to Wisemans Ferry, where we joined Stretch and a number of other bikies, who were out on a charity ride, for a beer. 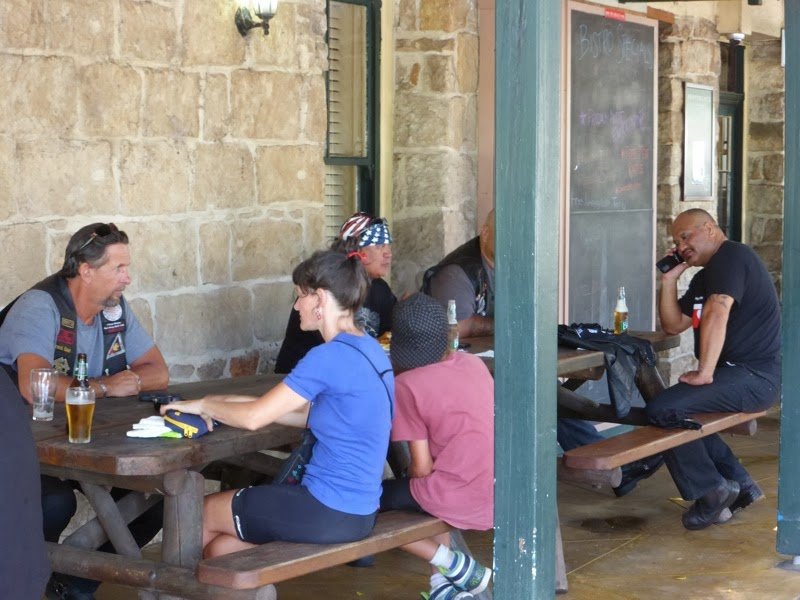 While we waited for the day’s second ferry we demolished six kilos of watermelon, and boy, did it taste good. 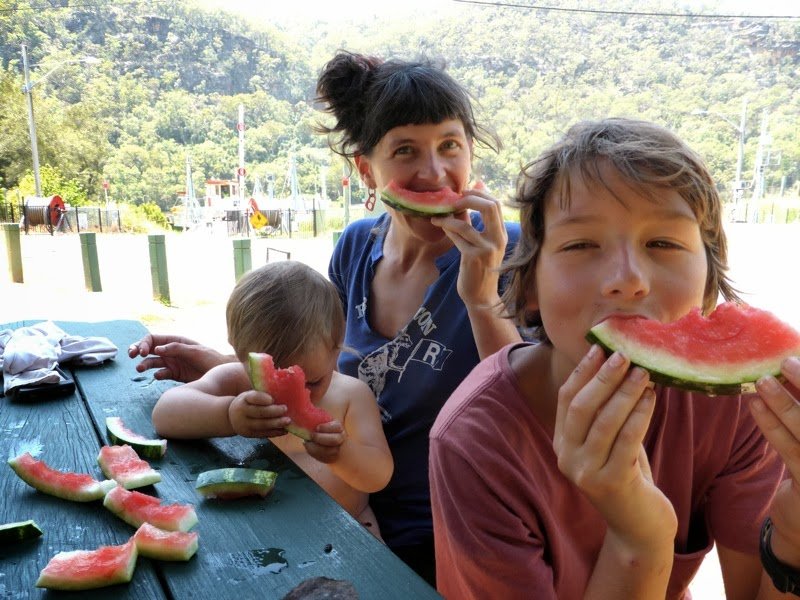 Simple pleasures, simple travel. We hope your life has plenty of simplicity too.