Subscribe
We left Mike’s on the outskirts of Gladstone and rode to Calliope where we lunched near this Georg Baselitz inspired nudist colony. 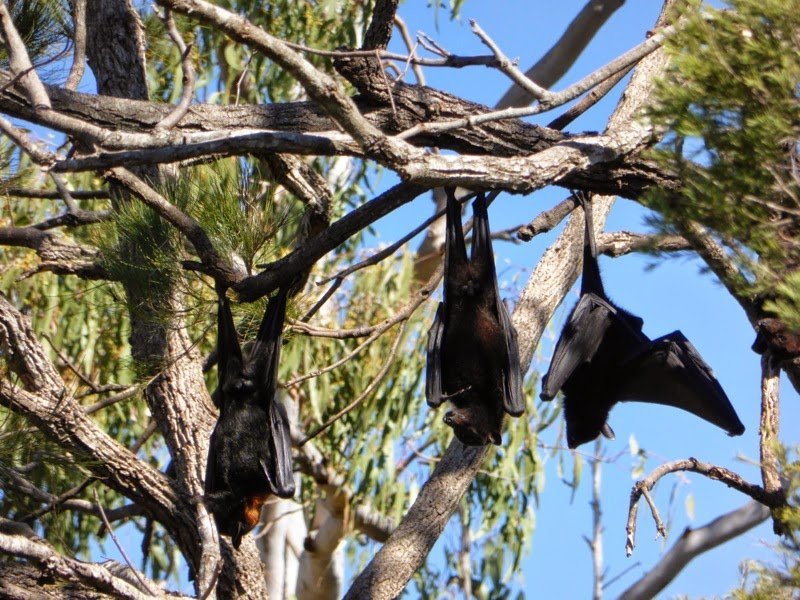 We were approached at this raucus place by a local journalist and our story was scribbled down beneath the utter screeching. We republished it in our last post. From there we had just enough daylight to ride to a free camp site on the Calliope River. 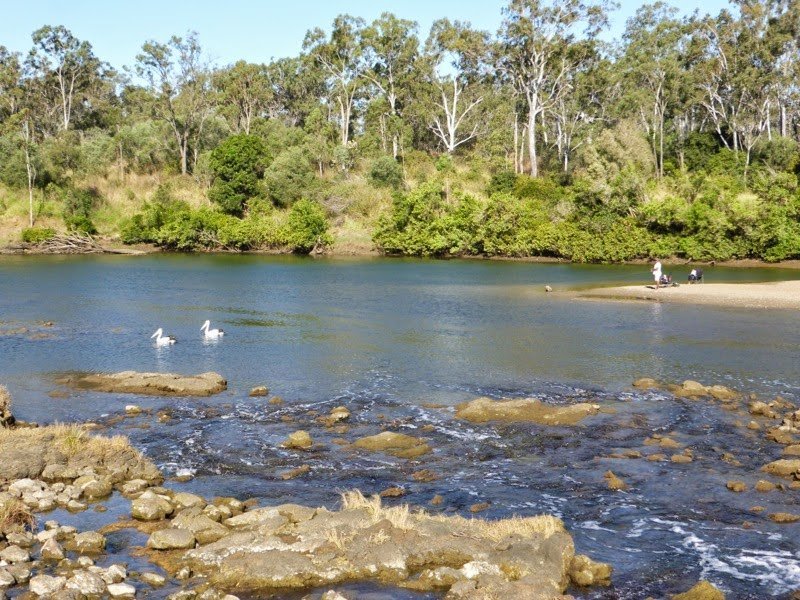 The gradual emergence of crocodile warning signs is certainly imprinting as we move north, but the locals don’t seem that bothered. 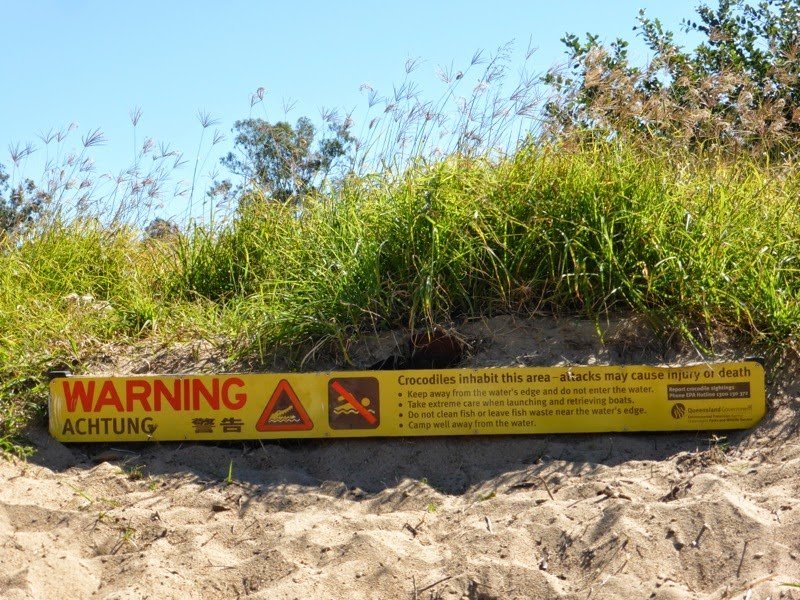 The Bruce Highway was just far enough away from our camp that it wouldn’t disturb our sleep, the ice however did. 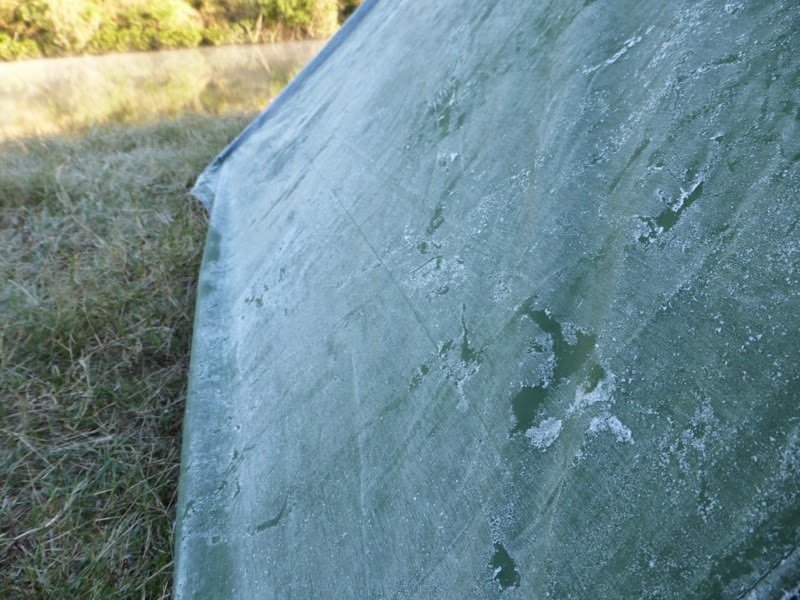 So, on the coldest night in Queensland for 100 years, we camped beside this very minor crocodile haven and shivered like all good mammals to generate enough heat in our down to 0 degrees sleeping bags. 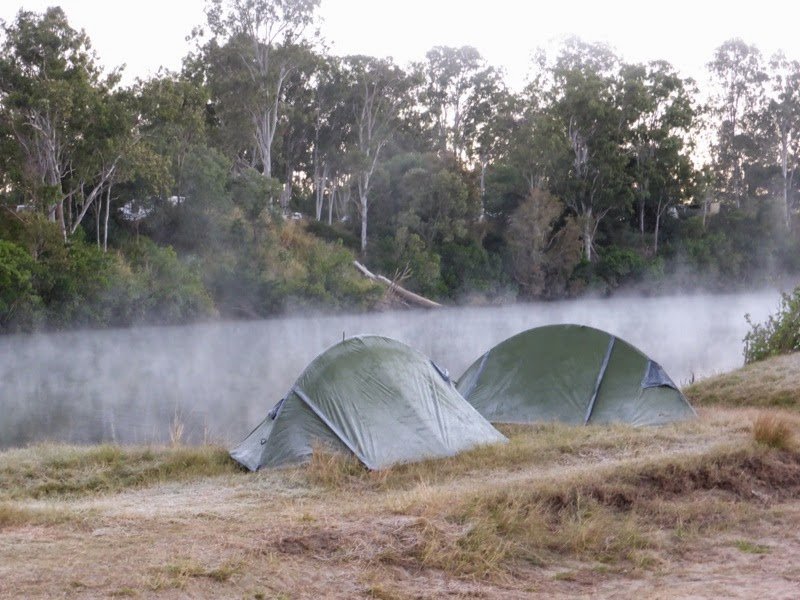 For the first time in his life Woody experienced the pain of cold fingers. 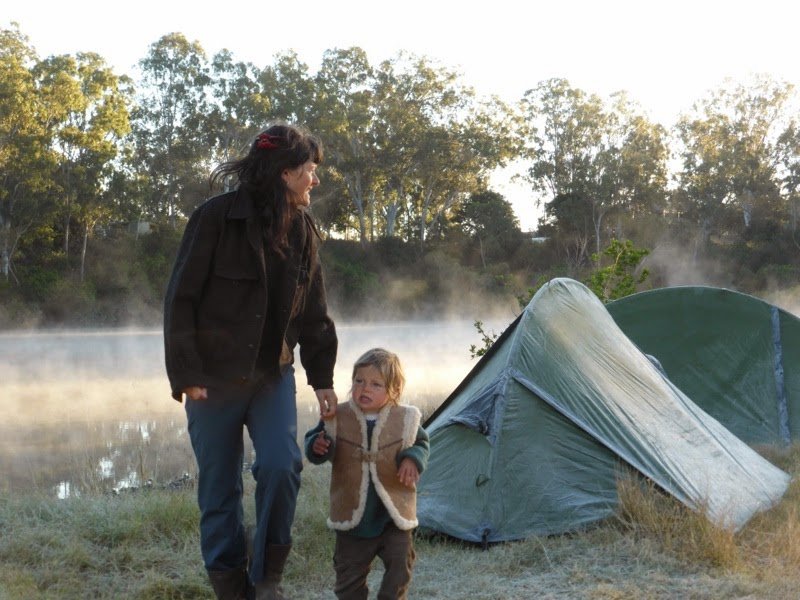 We stayed a few days at this beautiful spot. Collecting firewood and keeping the home fire burning was a serious preoccupation of the evenings and mornings. Woody practiced new skills. As the old saying goes – chopping wood keeps you warm twice. 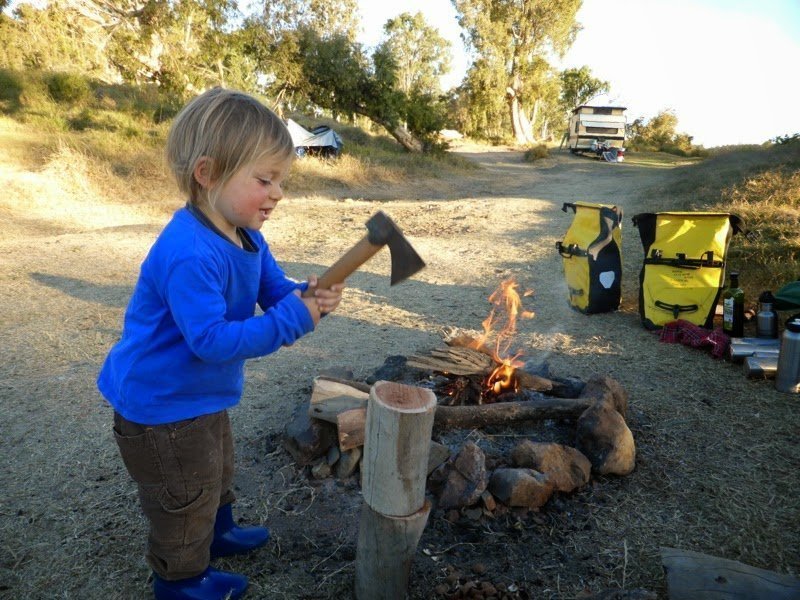 Our second morning was just as cool and we wore our entire wardrobes to keep warm around the morning’s porridge. 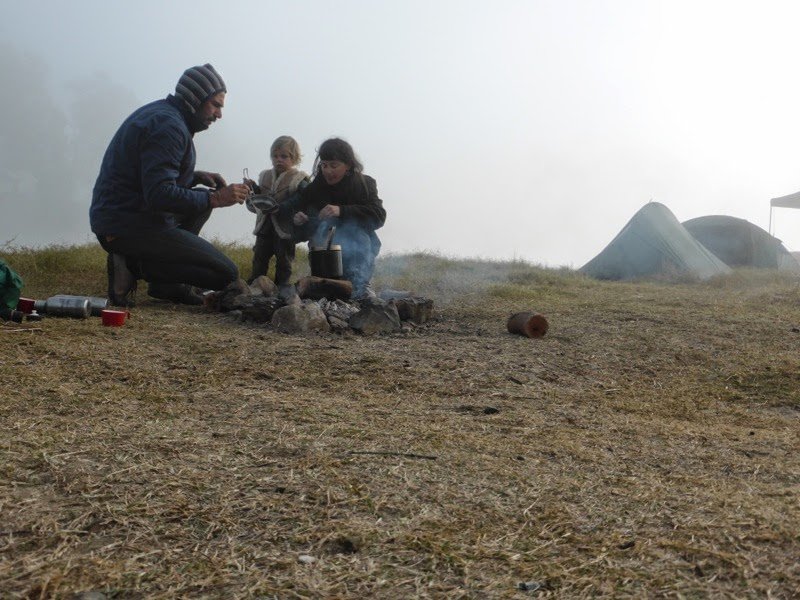 While his parents packed up camp and dried out the tents, Woody fished for bream and catfish, which are apparently in the river. 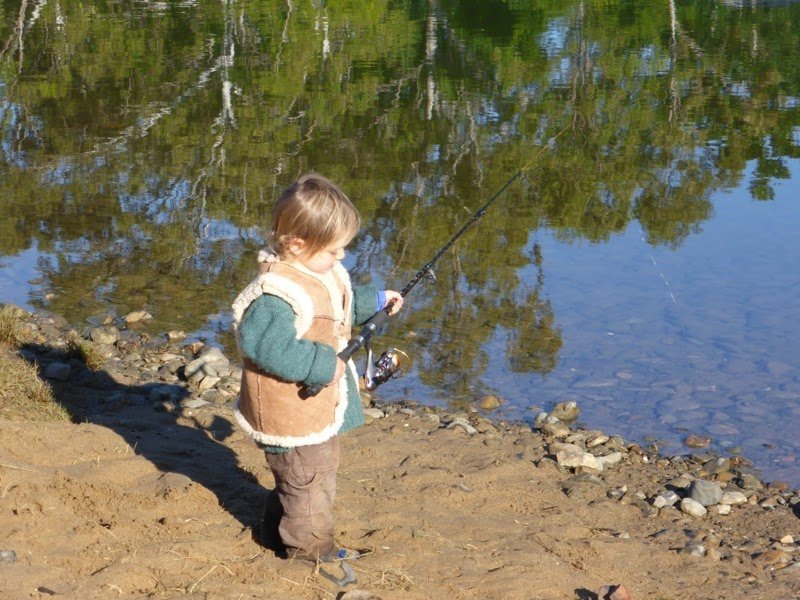 Needless to say we went away fishless from this spot, possibly due to the sudden dive in temperature. We left with other catches though. One significant fortune was a morning of quietness on the Bruce, sadly at others’ expense. The highway had produced yet another stunning truck and car accident just south of us, and as a consequence we had the shoulder and the northbound lane completely to ourselves while the road was closed for several hours. It was enjoyable riding, 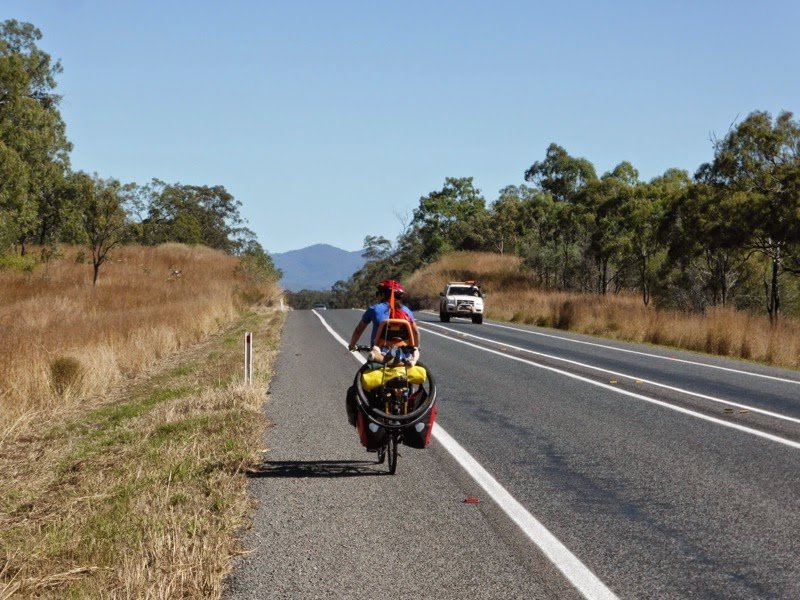 and we got dreaming again about an achievable utopia, 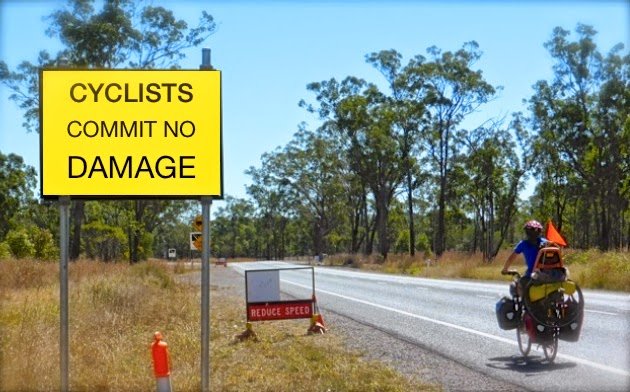 that is until a coal train ran paralell and more roadkill woke us from our fantasy. 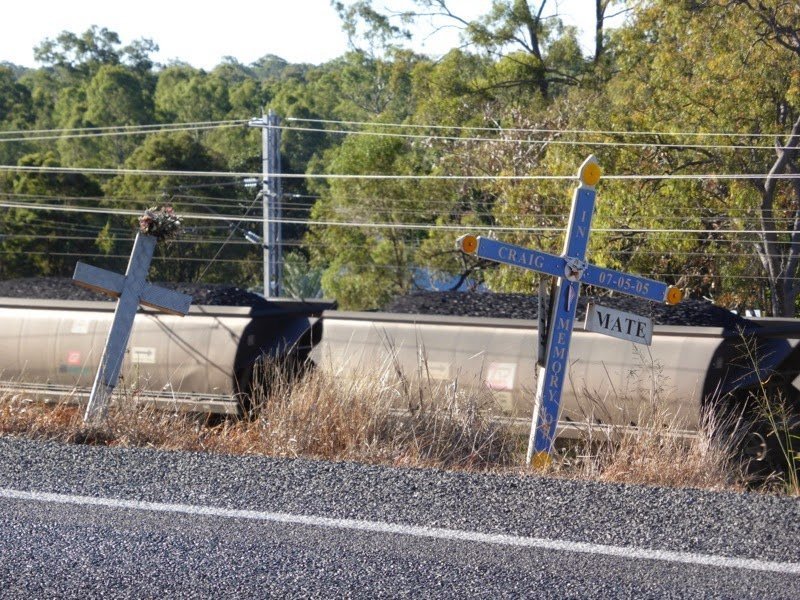 Another useful edible that we have followed along the roads through many climate regions is prickly pear (Opuntia stricta), and although not currently in fruit it is worth noting the places it keeps cropping up. 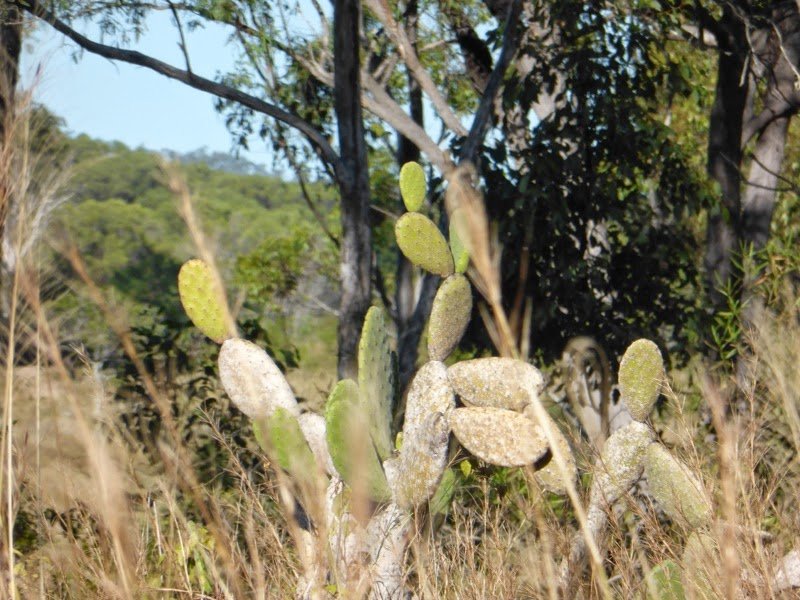 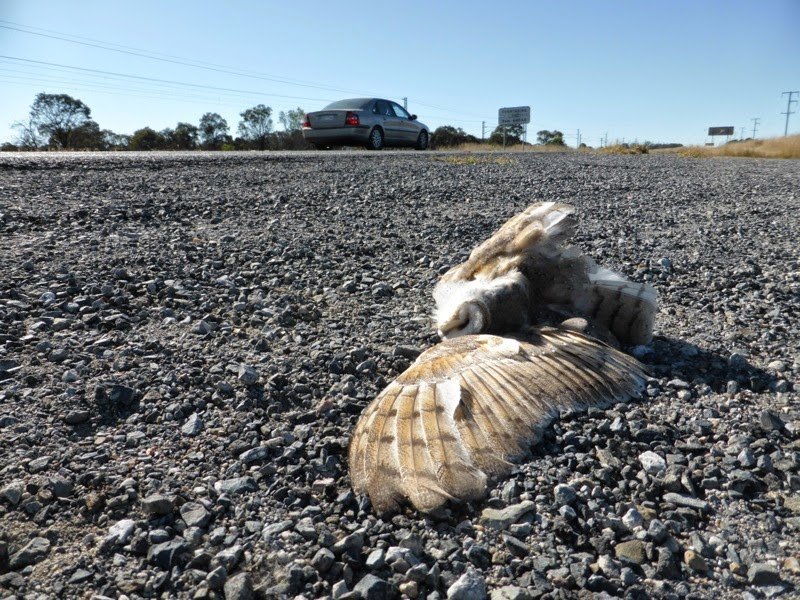 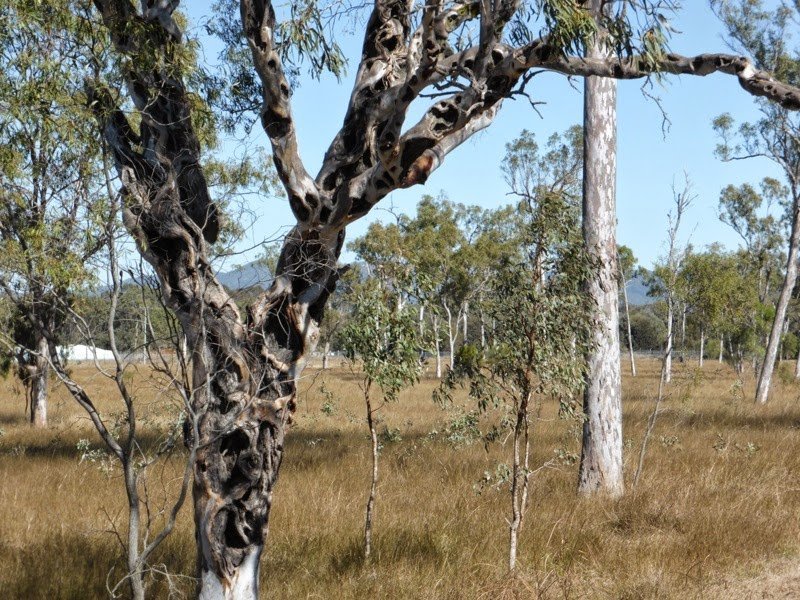 this overgrown side lane, 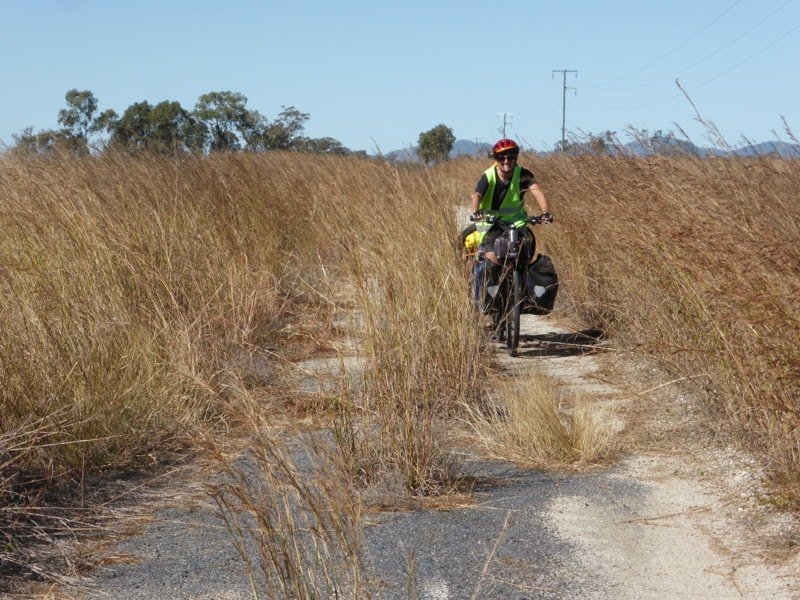 and this intriguing weed (does anyone know what it is?) [Thanks for the answer Diane Warman, see comments] 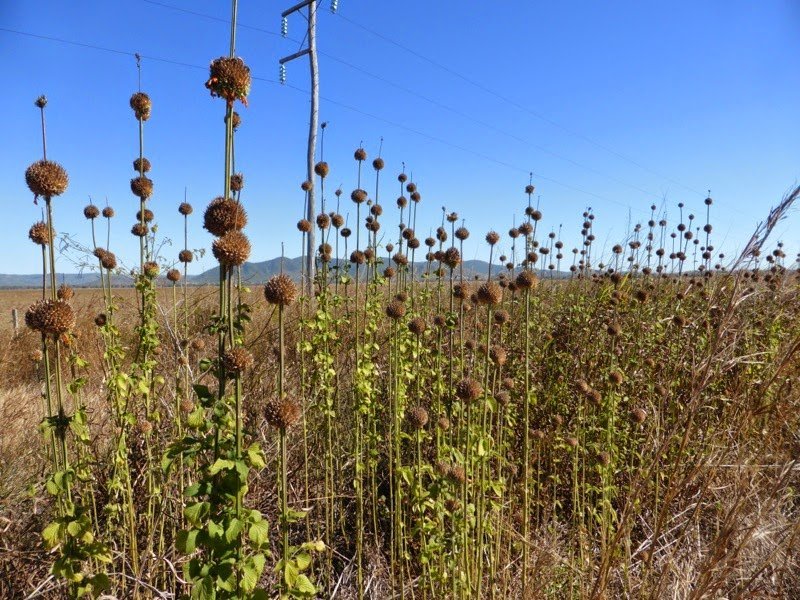 we stopped under the Bruce, which we have started to call the Road of Death. We thought it lacked some structural and spiritual integrity so we performed a little healing ceremony, 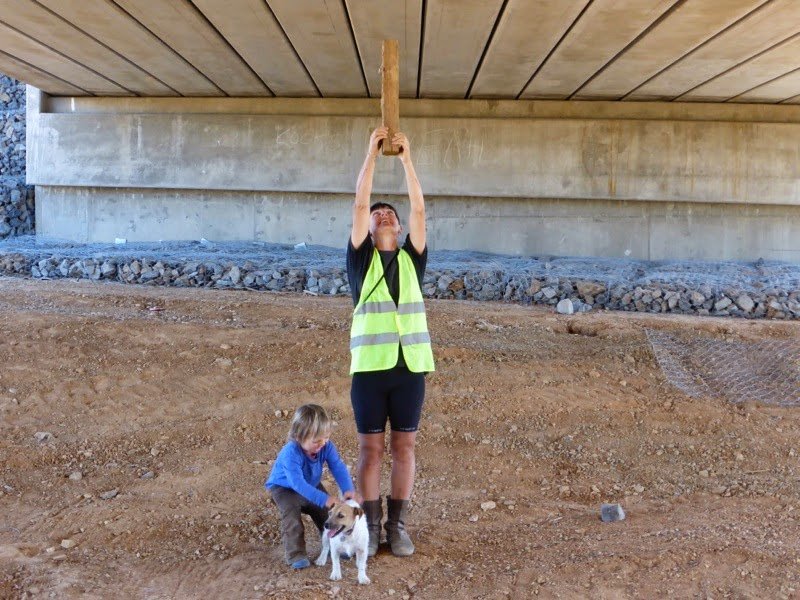 and went to investigate the water lillies (Nymphaea gigantea) that we had initially stopped for. According to Lenore Lindsay, ‘Water lilies yield edible pods, seeds, celery-like stalks and tubers‘. We weren’t about to taste these particular ones growing in the toxic runoff from the Road of Death, but these autonomous edibles are just beginning to become common south of Rockhampton, and so we begin to build our knowledge of these age-old popular foods of the Darumbal people. 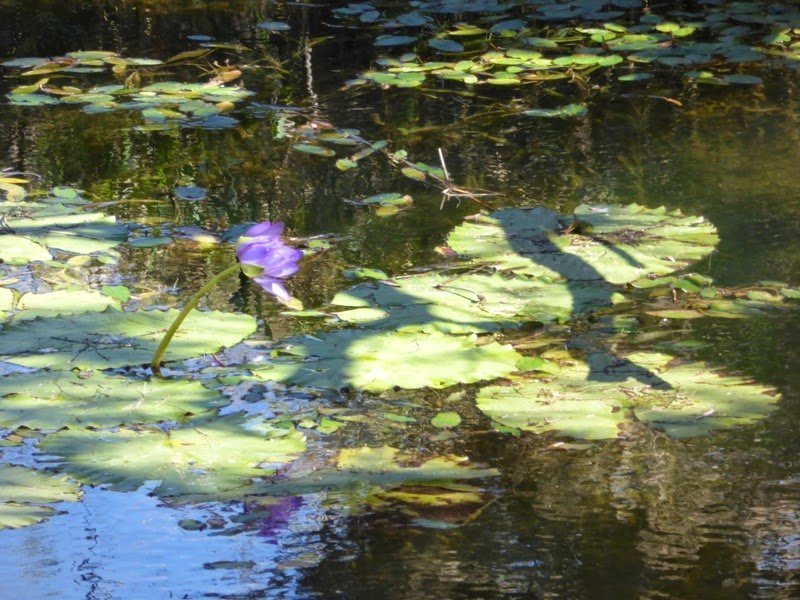 Rockhampton, more or less, is situated on the latitudinal circle-line of the Tropic of Capricorn, a line that is supposed to signal our departure from temperate to tropical climates. 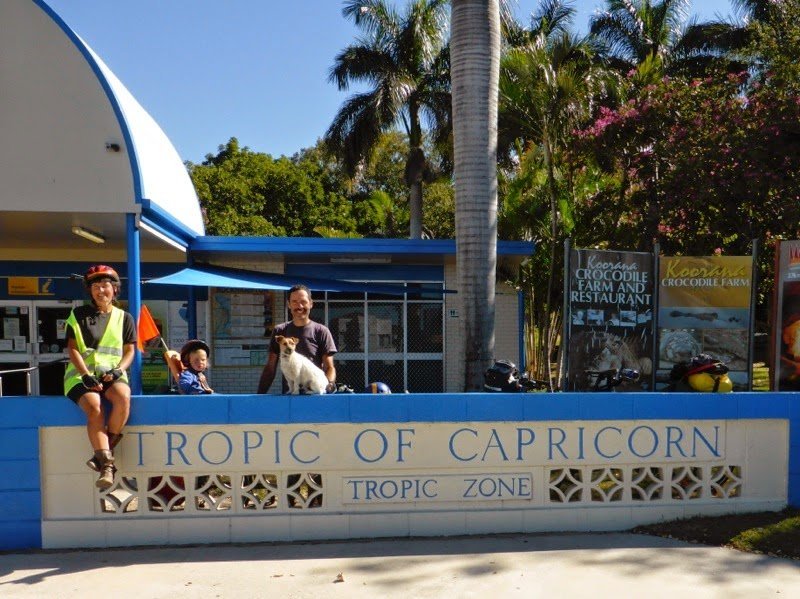 But life is more nuanced than a line, even if this line is supposedly moving north at a rate of 15m per year. We have been passing through many subtle climate changes over the past eight months, each triggering transformations in the biosphere. A little exhuasted and in need of an extended rest from the road (and our performances upon and beside it) we have stopped here, in this motel on a weekly rate, to recharge and take a look around Rockhampton. 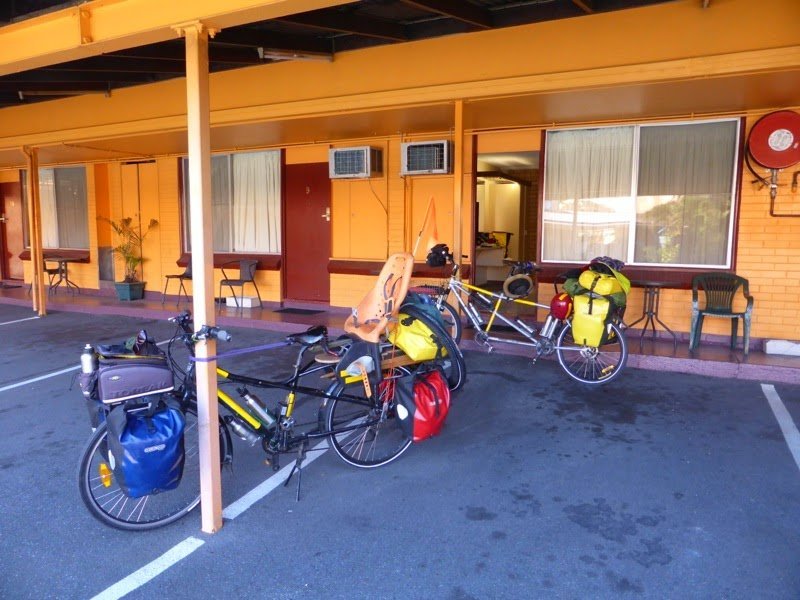 See you in a week!