Subscribe
While we were on our book tour — the first Artist as Family adventure Zeph has missed —he asked his dad whether they could go away together when the rest of us returned. This weekend the two of them decided on Bright. To get there they bussed from Daylesford, 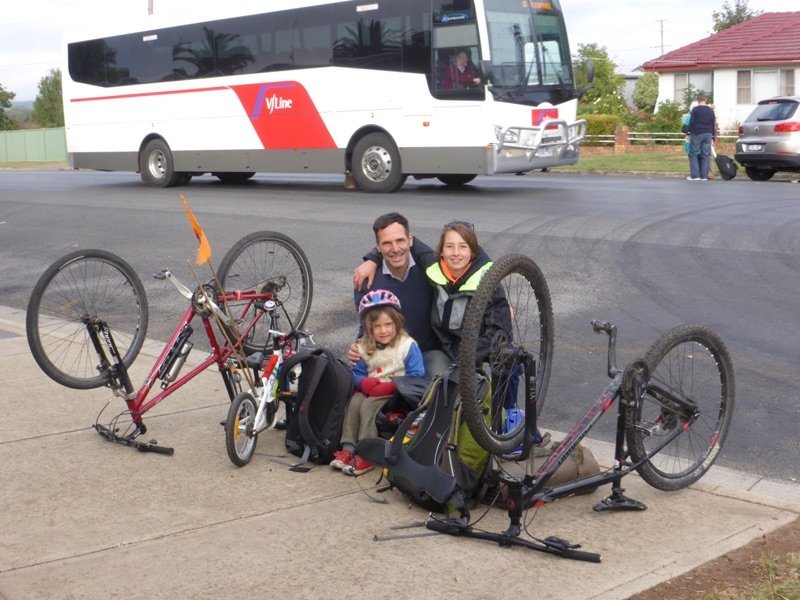 caught another bus at Woodend and zoomed down the range to Southern Cross in Melbourne. 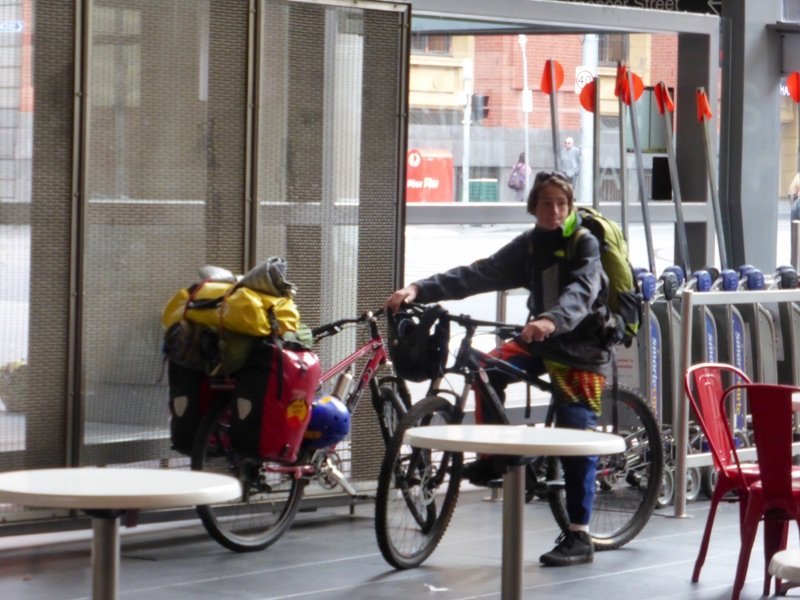 They then caught a train to Wangaratta, where they biked around. Zeph showing his old man a thing or two about a different sort of biking, 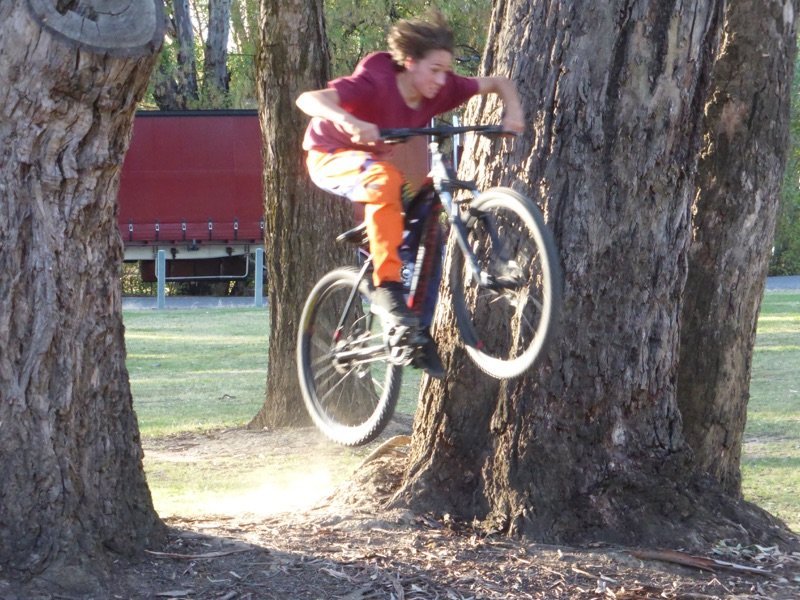 while Patrick showed his eldest a skill or two at sniffing out a goodly stealth camp on the edge of town. 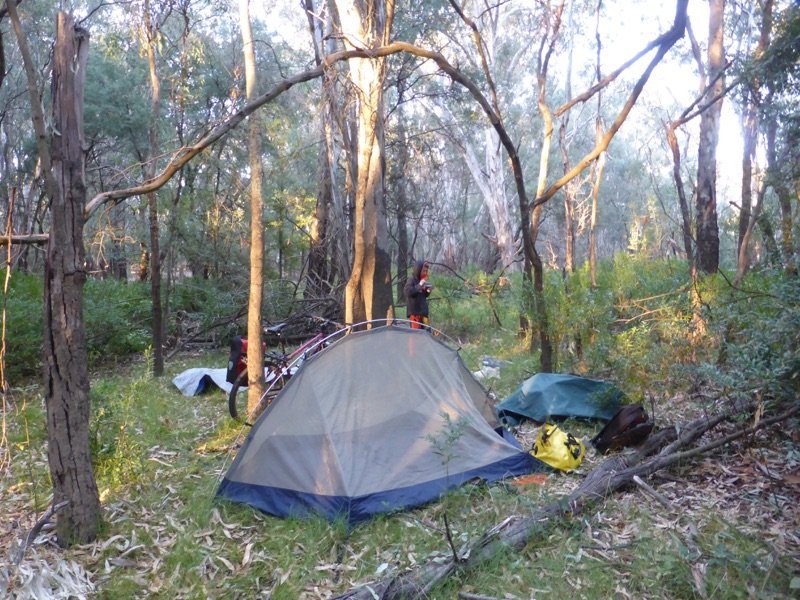 The next day they bussed on to Bright and found a lovely streamside campsite where only bicycles and walkers could get to. Zeph marked the land with teenage exuberance, 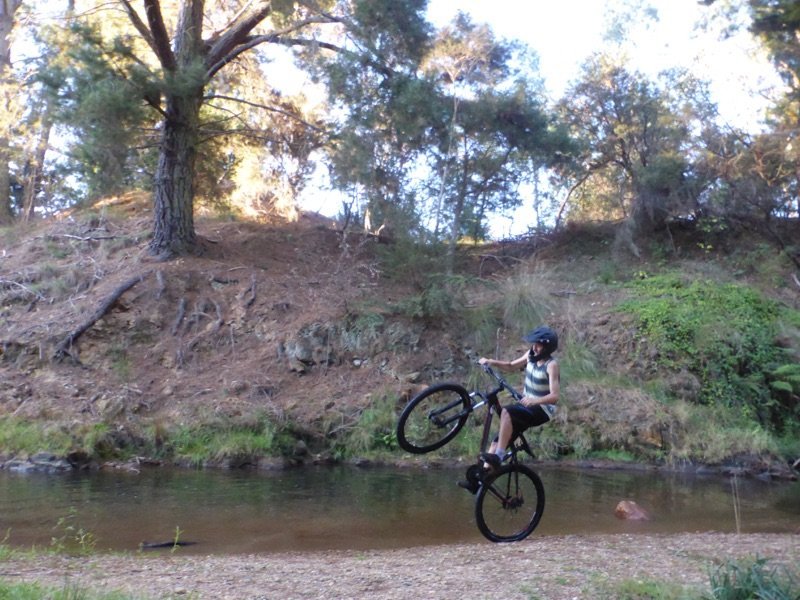 but after watching the documentary Crude (in the tent on the first night), about the poisoning of Amazonian rivers, soils and people by an American petroleum company, Zeph was immediately more sensitive to riding near streamside ecology let alone enter the water with his greasy bike. 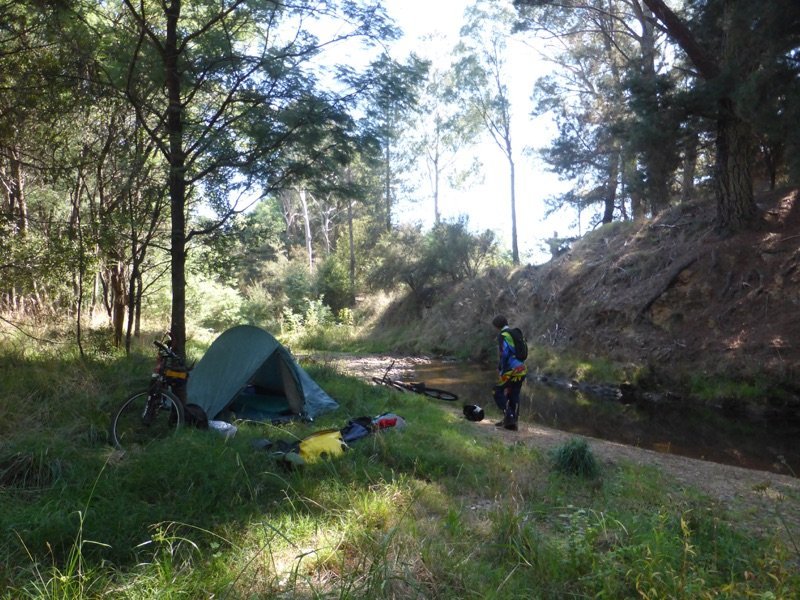 Zeph has quickly become a competent bike mechanic. Without a bike shop in our town, he has taught himself everything he needs to know to maintain and fix his bicycle. Before we left he ordered a new derailleur but it hadn’t arrived, so he shortened the chain and made his bike into a single speed for the time being. Nothing was going to stop his week away riding downhill in Bright. Even climbing the magical Mystic mountain without gears, 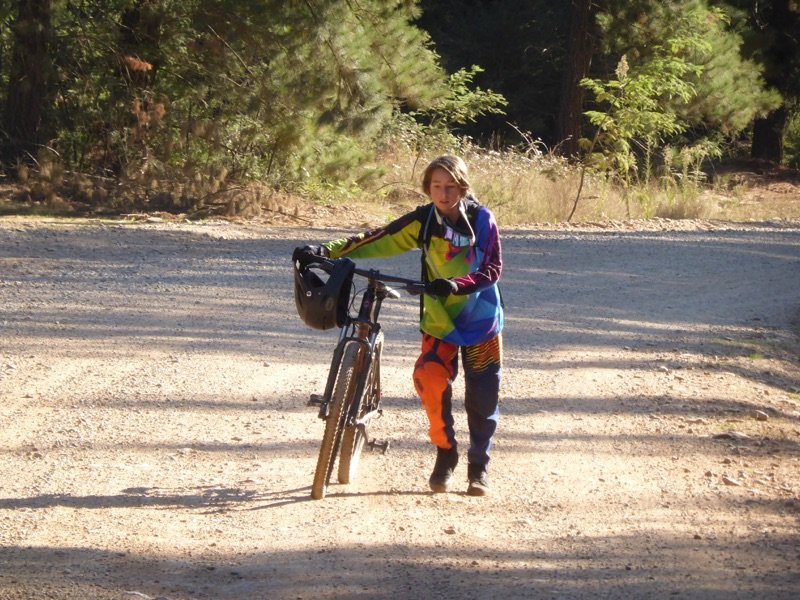 in order to come down through the many varied and tricky tracks the mountain has to offer. 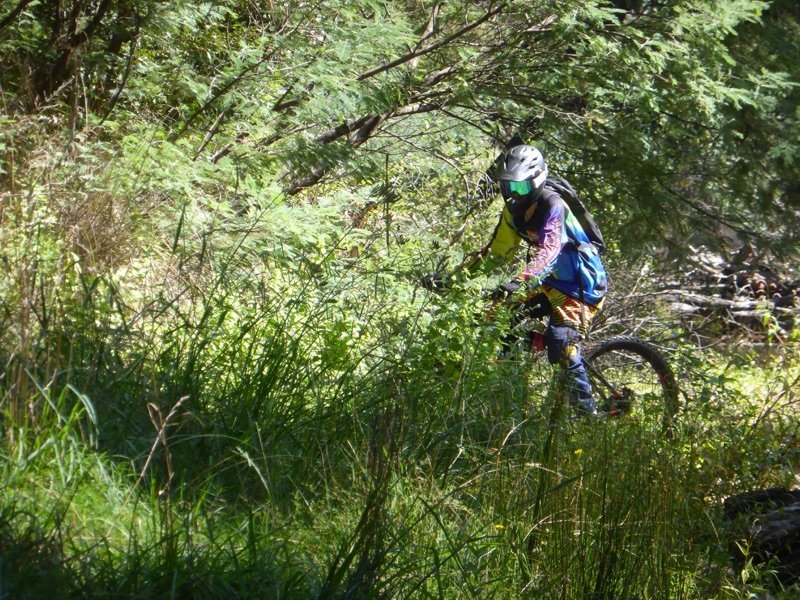 Patrick was fast falling in love with the intensity of mountain riding. Before they’d left he’d done some work on Meg’s old mountain bike and put a pack rack on the back to carry most of the gear. The two came down from Mystic, after their first morning, on quite a high. Patrick headed off to do some work on his new manuscript, while Zeph headed to the skate park to work on his stunts. Then disaster struck. 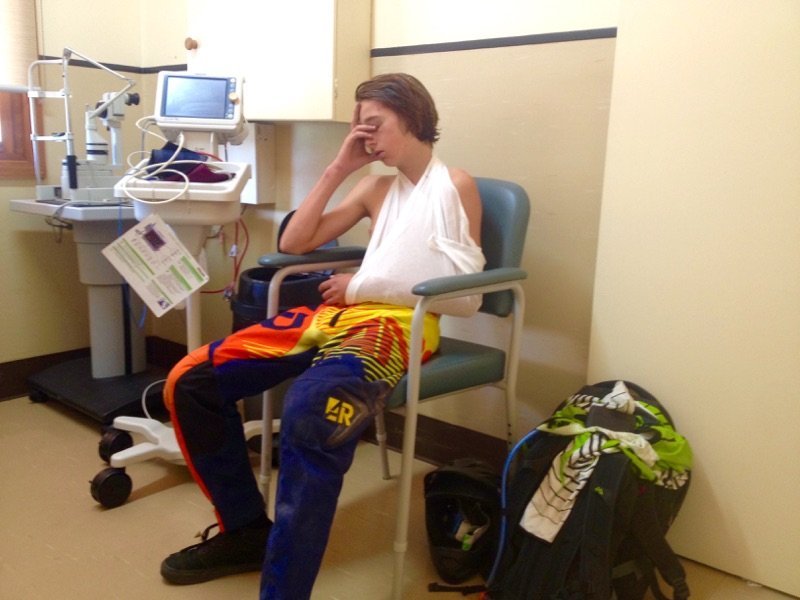 After the intense concentration of the morning and after an hour of tricks at the skate park, Zeph rolled his bike over to sit under the canopy of a tree, moving slowly to a resting place, taking off his sweat laden helmet before down he came. In his tiredness he miscalculated and landed heavily on his shoulder, breaking his collar bone. 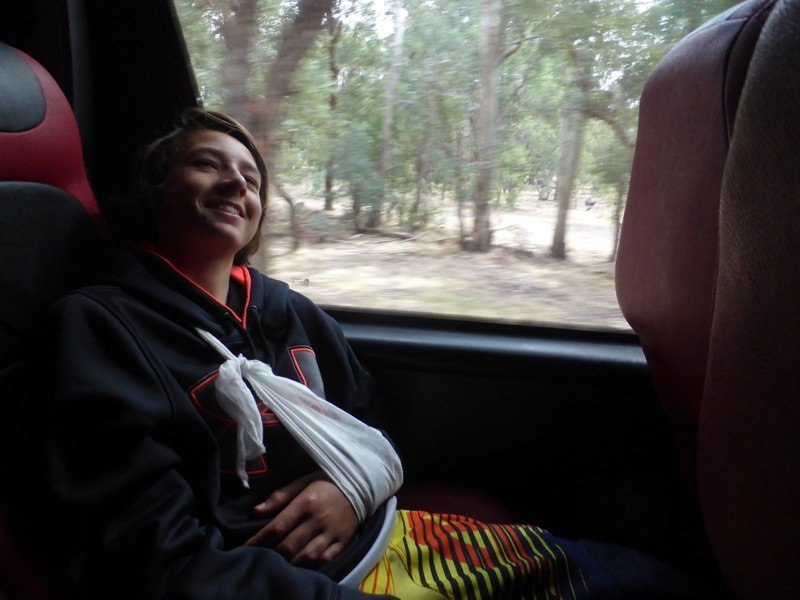 Initially devastated, Zeph soon became philosophical. What can you do about it but take it in your stride. He is of course gutted to have his biking days once again reduced to broken-boned rest and recuperation for several weeks. But, then again, these are the life choices he makes and knows he has to take ownership. It’s a teen age, and there’s so much to learn and process and set forward, with returns, retreats and even collapse just as much a part of it. Go Zeph! We love your spirit.