Subscribe
English writer George Monbiot contests “the oddest insult in the English language [is] when you call someone a peasant, [because] you are accusing them of being self-reliant and productive.” Go Woody! You proud lil ‘peasant… 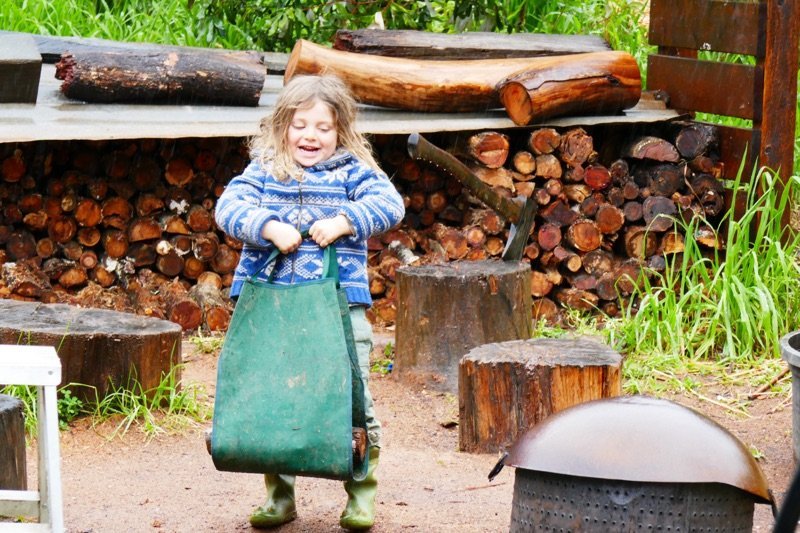 Words such as pagan and heathen were insults Christians used to describe various nameless land-sacred peoples of Europe. In our community our peasant, pagan, heathen women get together to raise awareness about the relocalisation of food and medicine in an age where Christian-capitalism is becoming a spent and dying force. 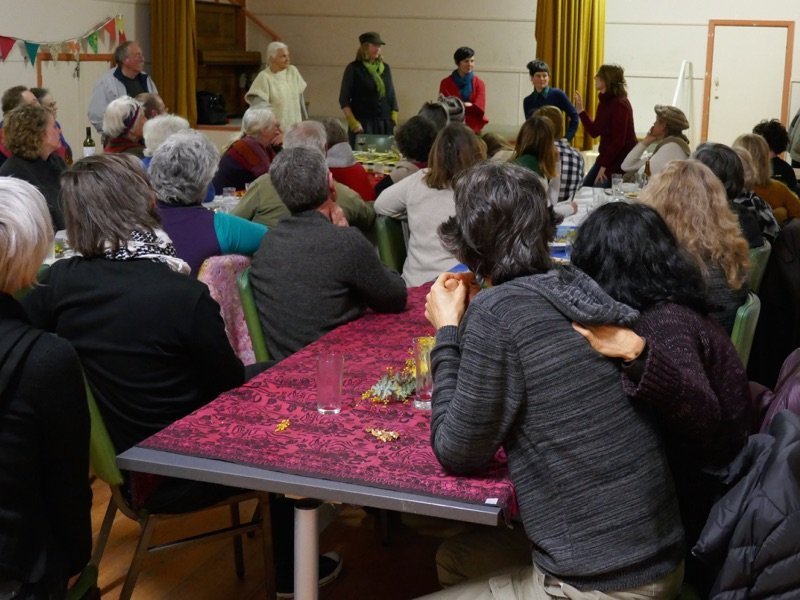 Zeph and Woody, like true neo-peasants, are learning grafting techniques to expand the food commons in their locasphere. 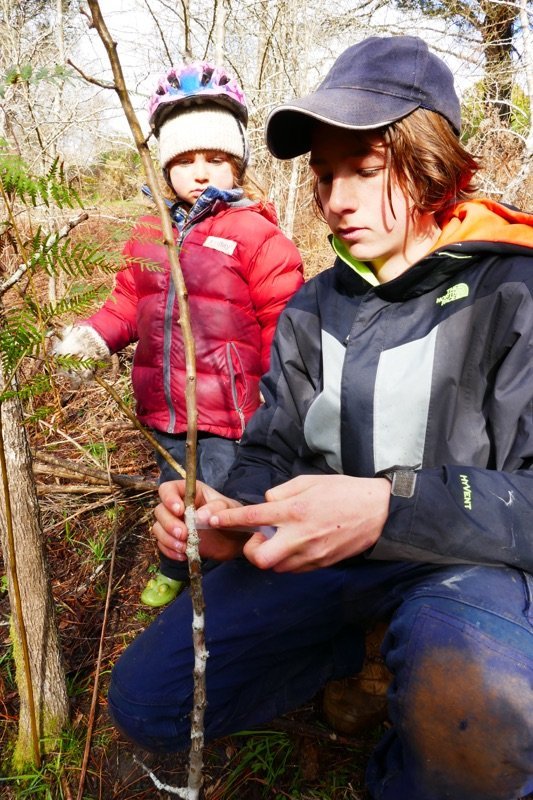 Woody (pictured here after his first haircut on his birthday morning) gets to four years of age without eating processed sugar, 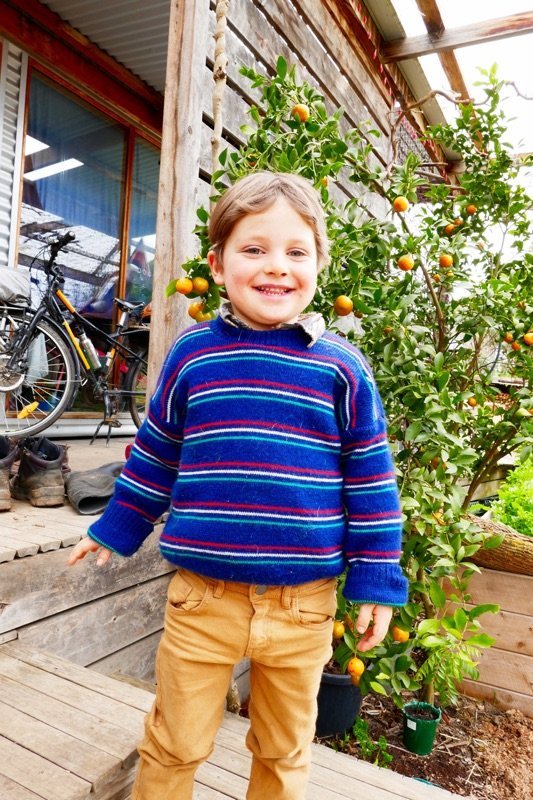 and for another half year his brother is lovingly unschooled through the gifts of the community. 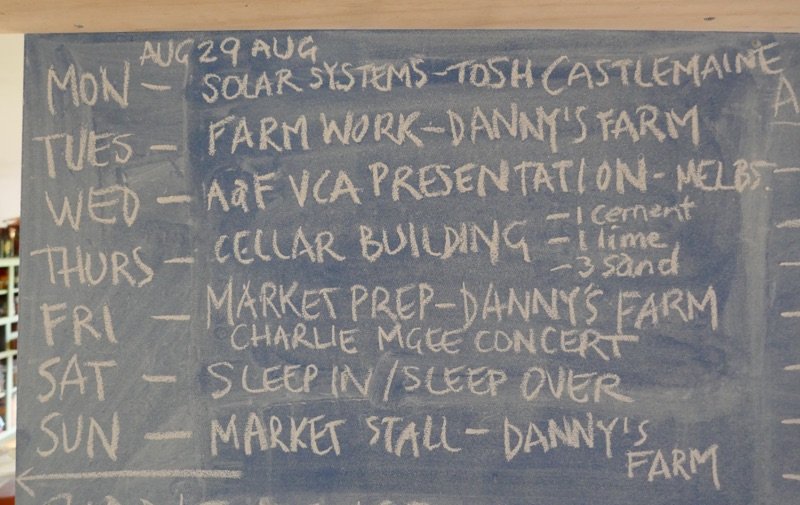 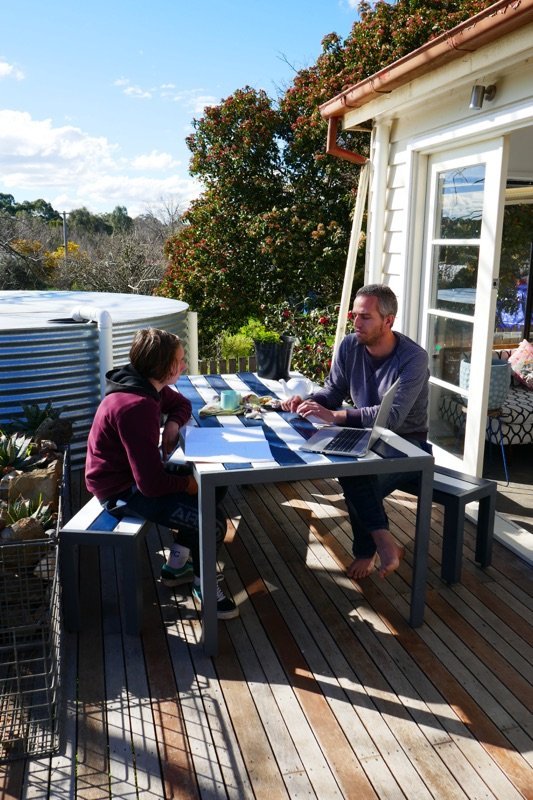 Zeph also experiments with his own forms of neo-peasant culture-making in his video Treeffiti:

and mucks around with developing his own written language. 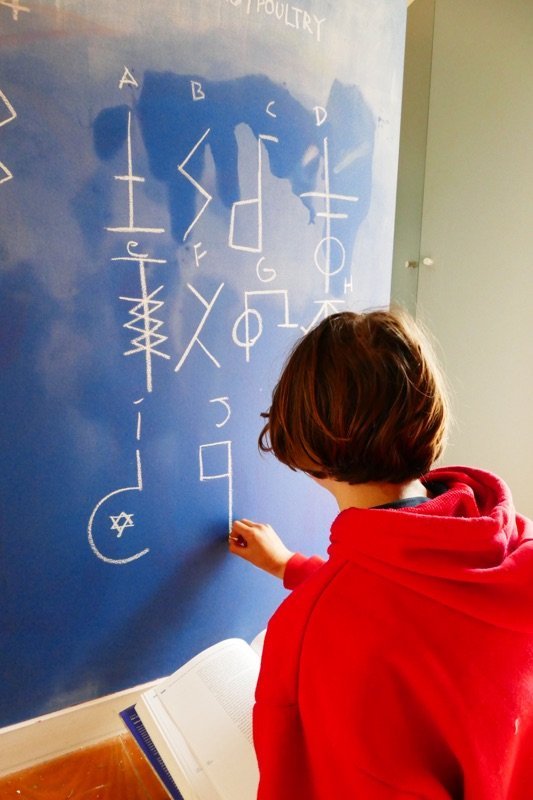 He helps in numerous home projects such as building the cellar from stone unearthed from our land. 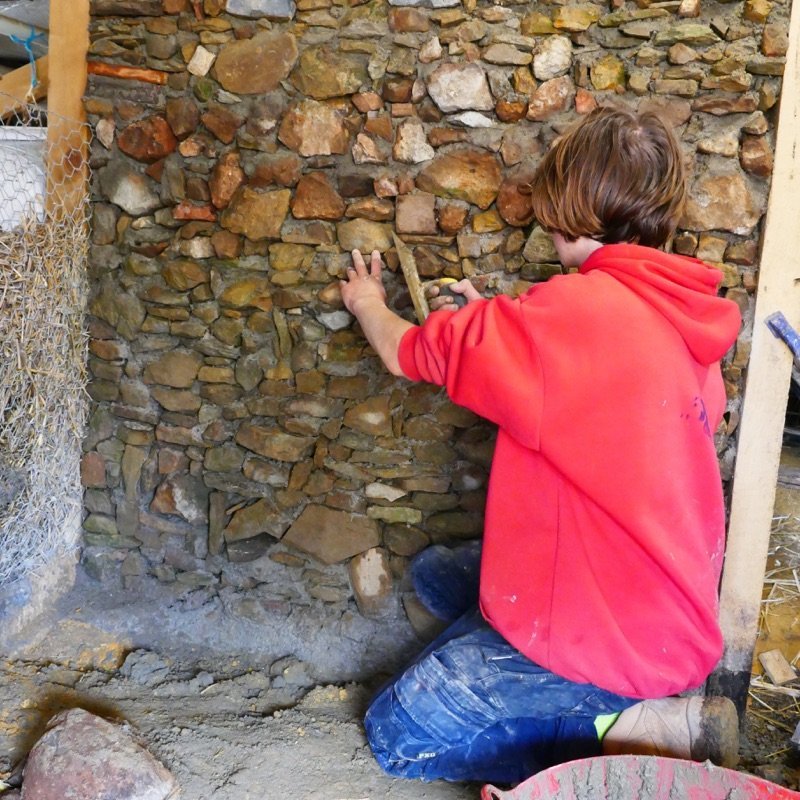 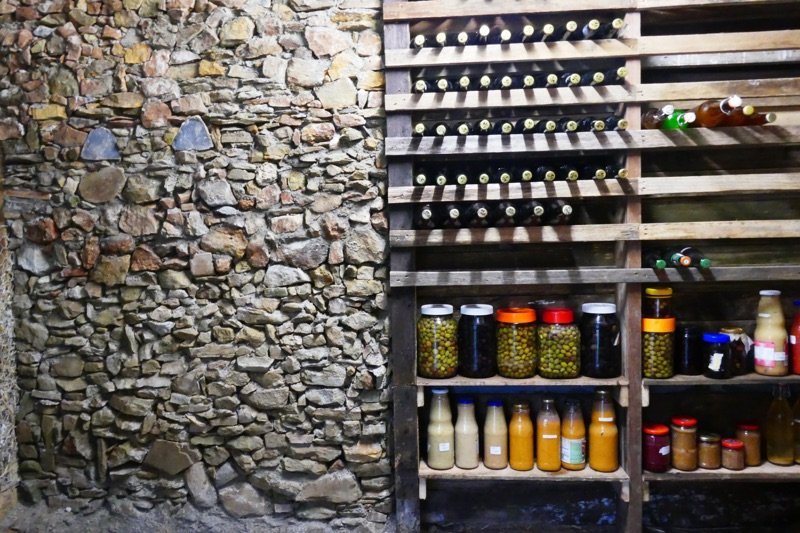 Zephyr is loving having his own pad to sleep in, entertain friends in and as a venue to host impromptu gigs by touring friends Formidable Vegetable Sound System. 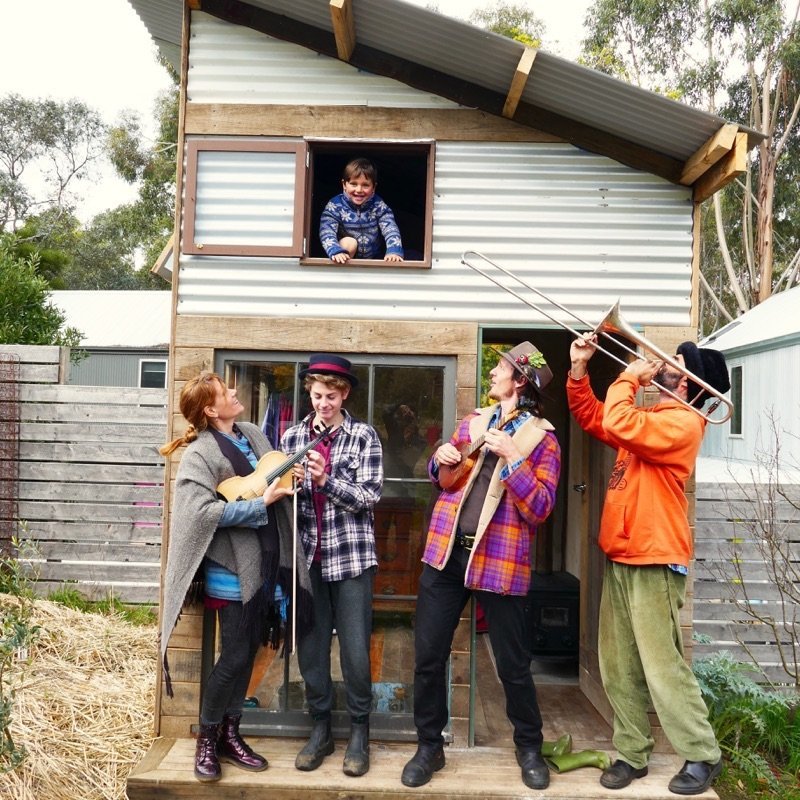 This is Angela, who we welcomed as a SWAP (Social Warming Artists + Permaculturists), and who has since become a friend to all of us. 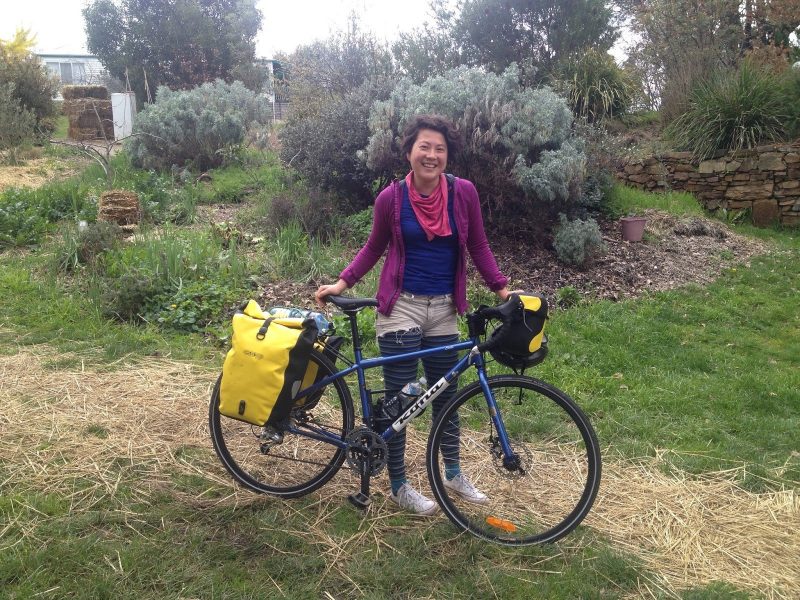 In this photo Angela and Meg are preparing a bed for cabbages. 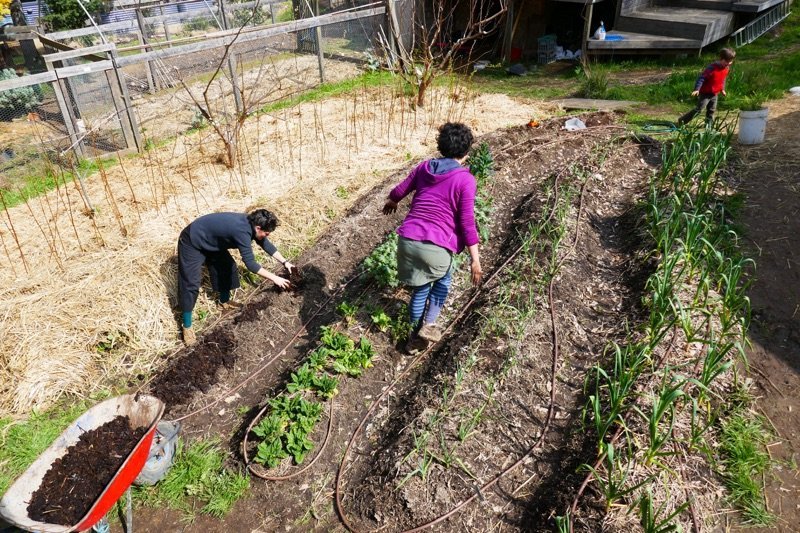 We have irrigation lines set up for the dry months but for the rainy months we harvest water passively in our swales. 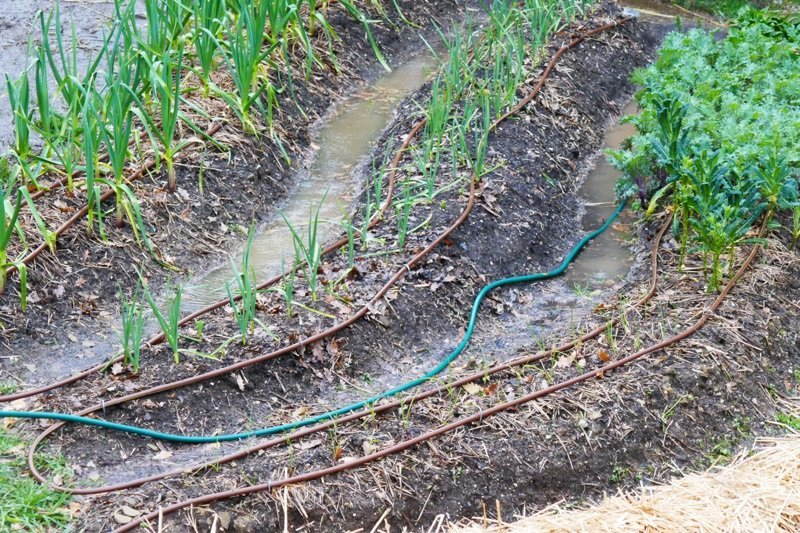 It wasn’t just Angela who arrived to our place by bike. These last few months we have hosted four Warm Showers travellers: Maya, Kirsten, Jaz and Tom, (pictured below). On most days we talk about upcoming cycle trips that we are scheming, but for now we are happy to be home where we can repay some of the kindness shown to us while we were on the road. 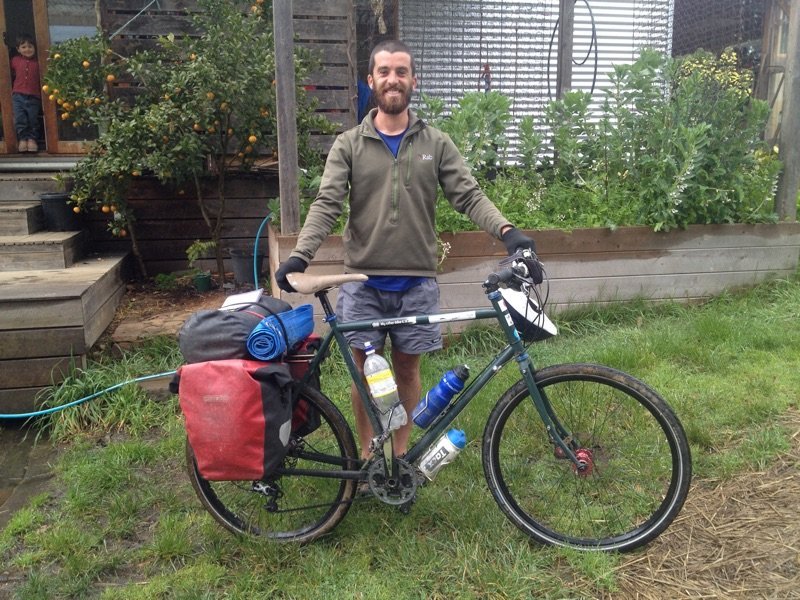 We also love being home because we love being community gardeners, helping to build an alternative food system based on care, nourishment and trust. The Daylesford Community Food Gardeners are planning to be in the Daylesford New Year’s Eve parade again this year, so please get in touch if you’d like to join us. 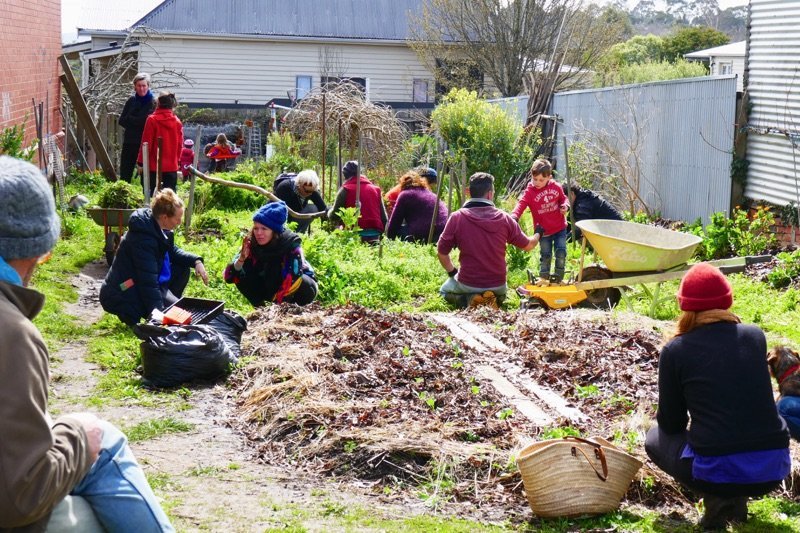 Love the poster, Jeff! We’re rapt you promised a bike or two for next year’s poster. 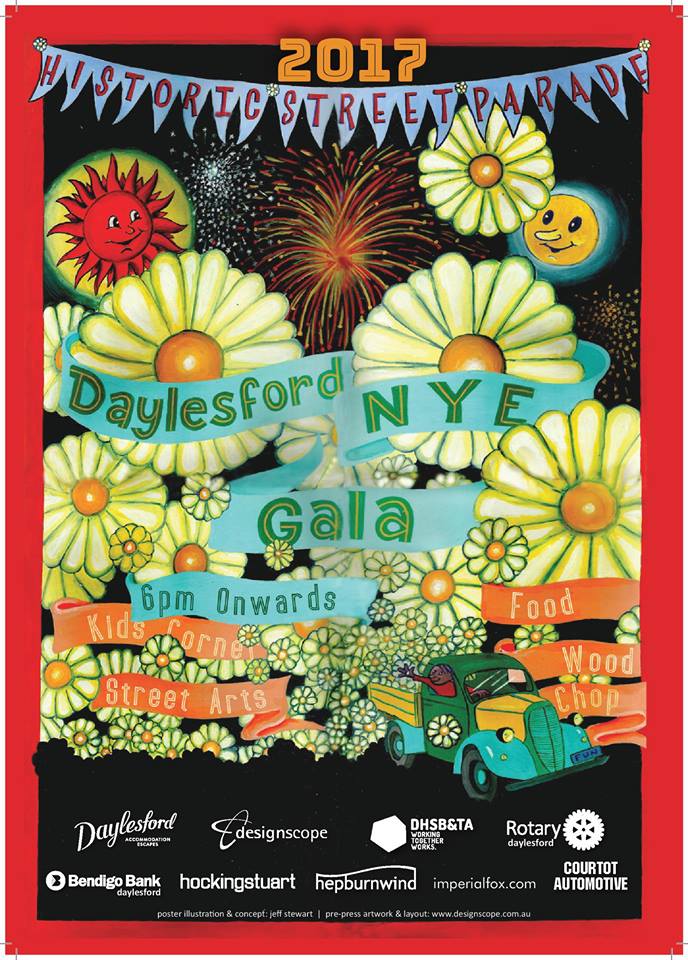 Learning the art of bicycle maintenance is an ongoing affair at our place. Bicycles are a preferred neo-peasant mobility. 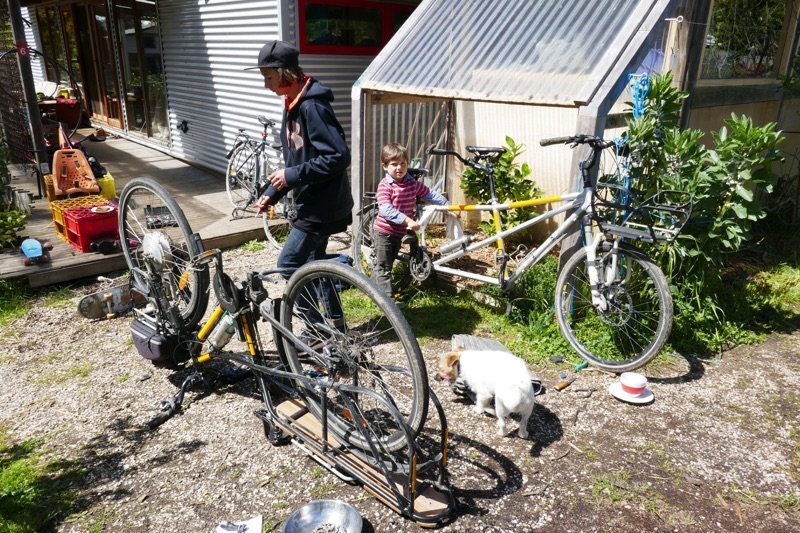 But you always see more when you’re walking, such as this little family of hard shells we spotted at Lake Daylesford, 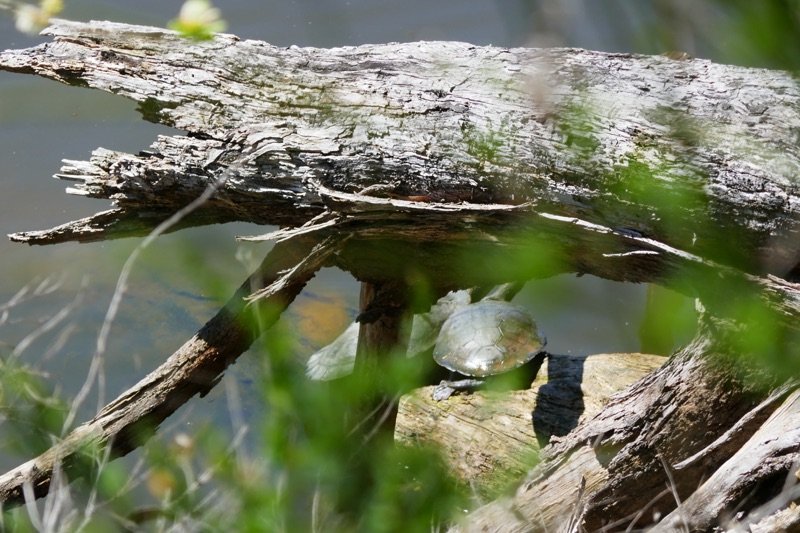 while fishing for some feral redfin. 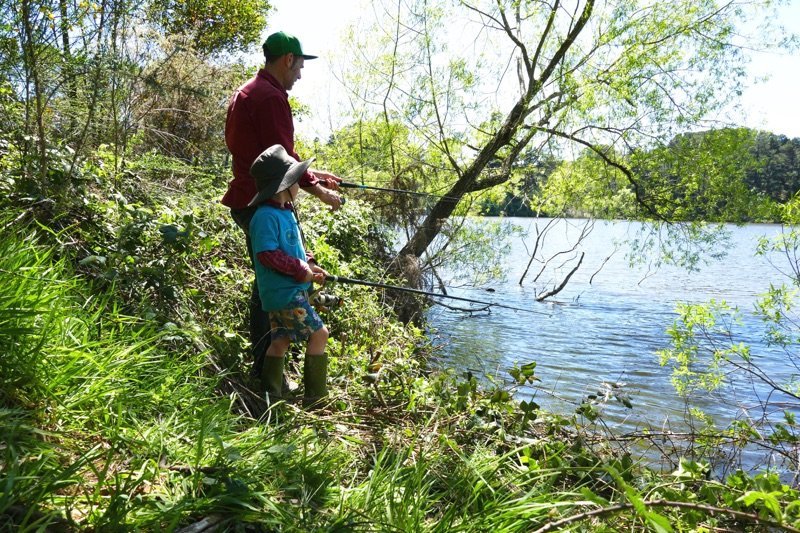 Wild plants, fish and mushrooms are part of any neo-peasant sacred economy, as are wild bees. We caught our first wild swarm this spring, aided and tutored by Nick from Milkwood. Thanks Nick!

We’ve been mentoring and handing on knowledges too, while getting fashion tips in exchange. Thanks Ruby! 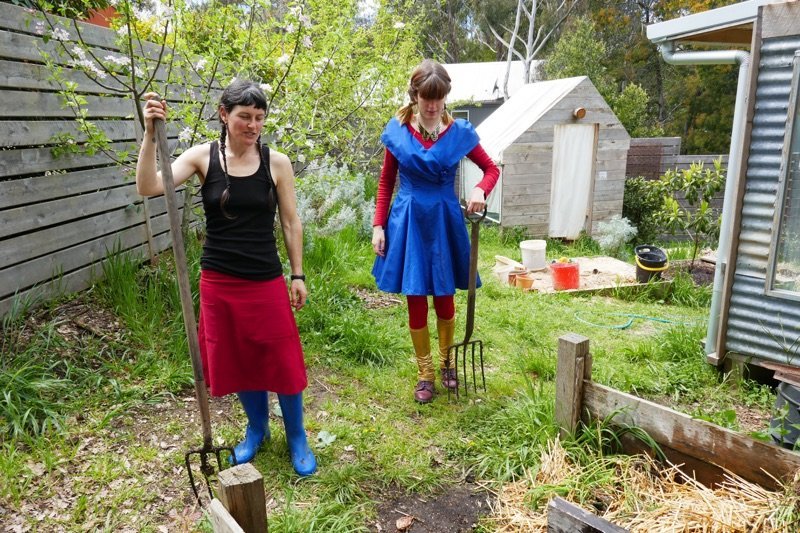 Harvesting the early planted garlic was an experiment worth repeating. We planted these bulbs in February. 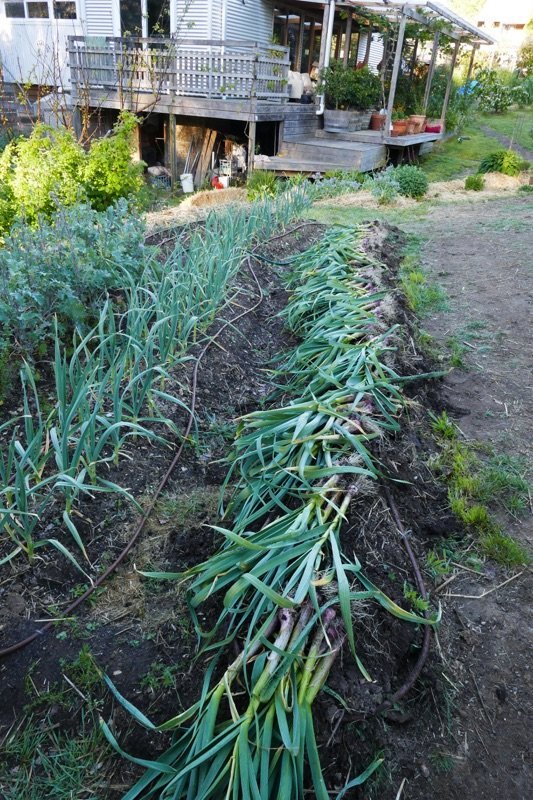 Gift economies only work if the gifts flow in every direction. We’ve been foraging in the nearby forest so carrying out work that enables the diversity of that forest to flourish is the return.
And we’ve been speaking, sharing and learning at a number of events including talks at libraries, sustainability festivals and at this event, Futurelands2, where Patrick introduced Bruce Pascoe in the Kandos community hall. 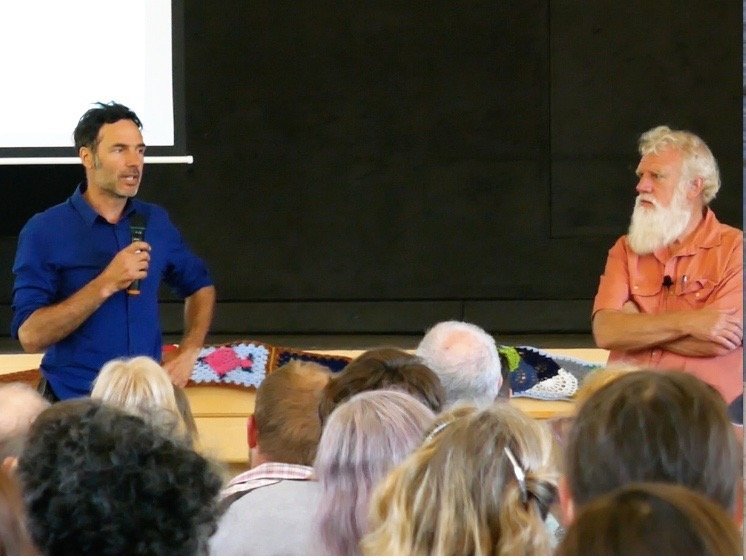 We shared an event with Kirsten from Milkwood and Uncle Kevin Williams, a Wiradjuri man, at Ganguddy, 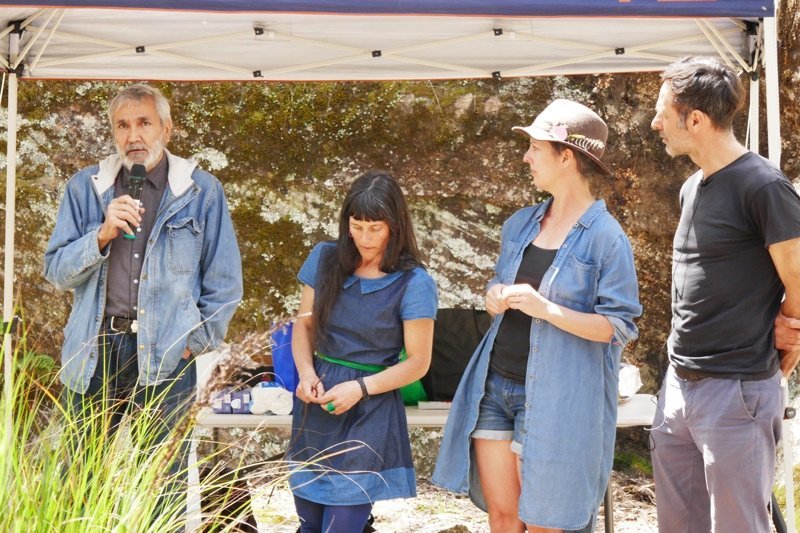 and we did a most non neo-peasant thing and flew to Cairns, breaking our no-fly principle. All throughout the flight we had to burp Beverly, our jun mother. 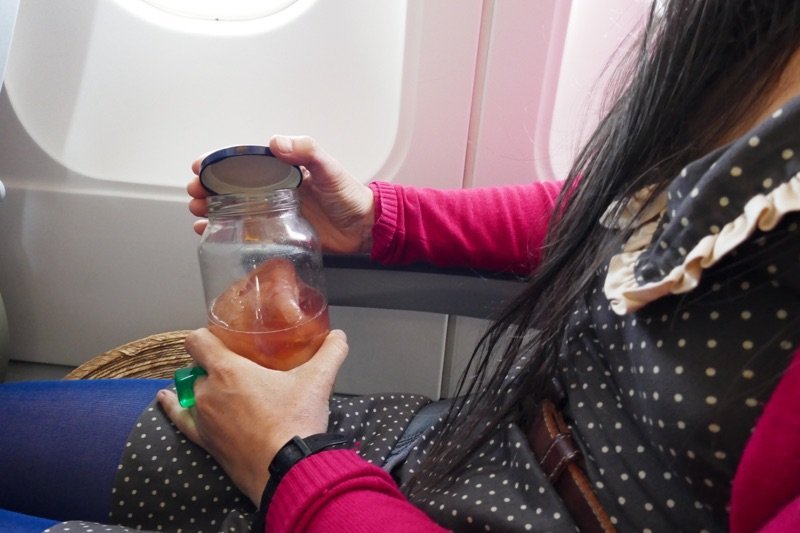 We were invited to Cairns as guests of the 2016 International Indigenous Allied Health Conference, and got to spend three days with this wonderful group, each of us sharing stories of resilience and creativity from our respective communities. 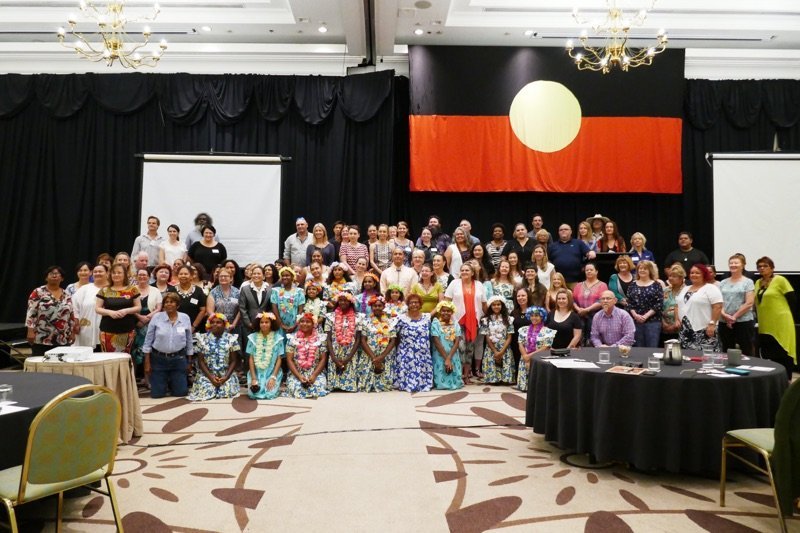 Patrick gave a keynote called Fermenting country: caring for the ecology of our guts, and Meg ran a complementary workshop on making fermented drinks, including jun. 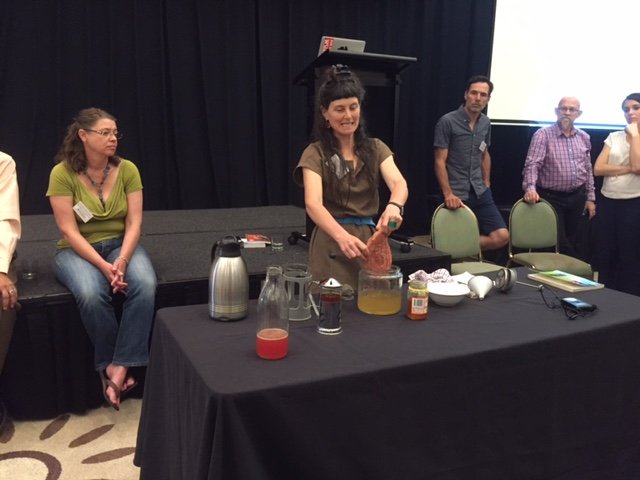 Meg separated 16 parts of Beverly to give away. She named each one after a strong woman in our community. Here is Leith, an exhibitor from the Dept of Veteran Affairs. 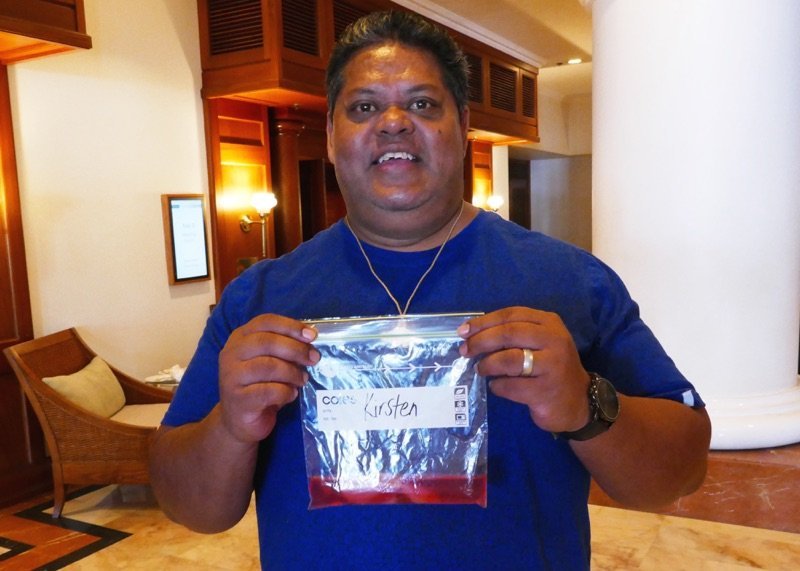 The gifts flowed our way too. Matthew Tafoya, a Navajo man, designed and made this famous t-shirt in the Bush jnr era. Matt’s talk about his people’s community food gardens was inspirational. 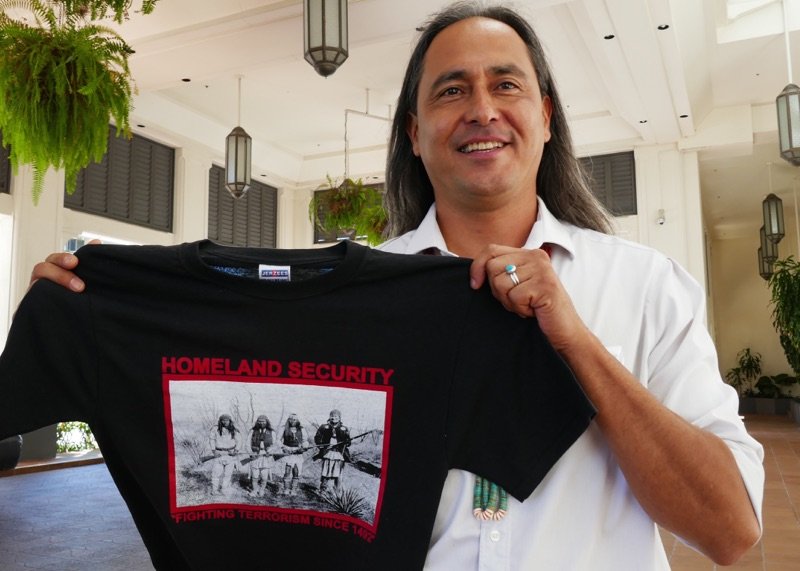 So as you can see we’ve been busy lil’ neo-peasants and raising quite a sweat these past few months. Meg made us some soap so we can clean up a little before new year. 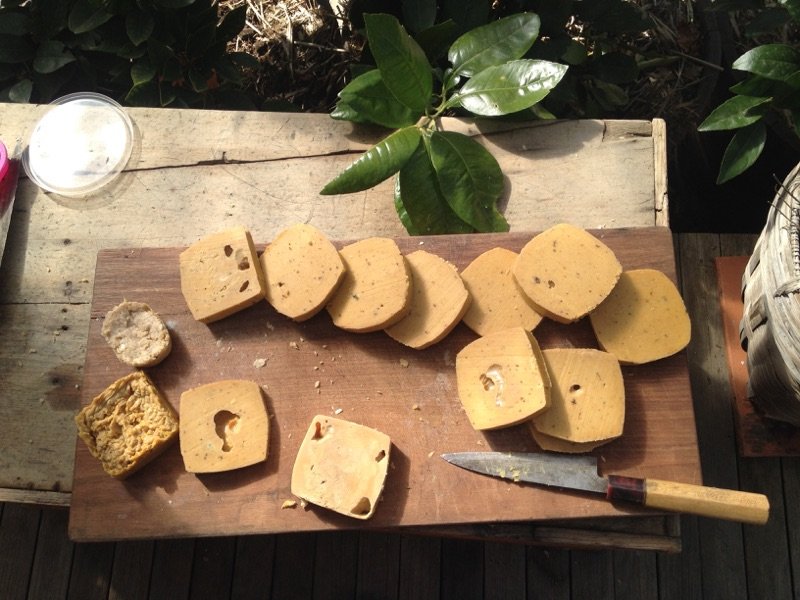 Wishing you all a peaceful summer solstice season, with love from Artist as Family… 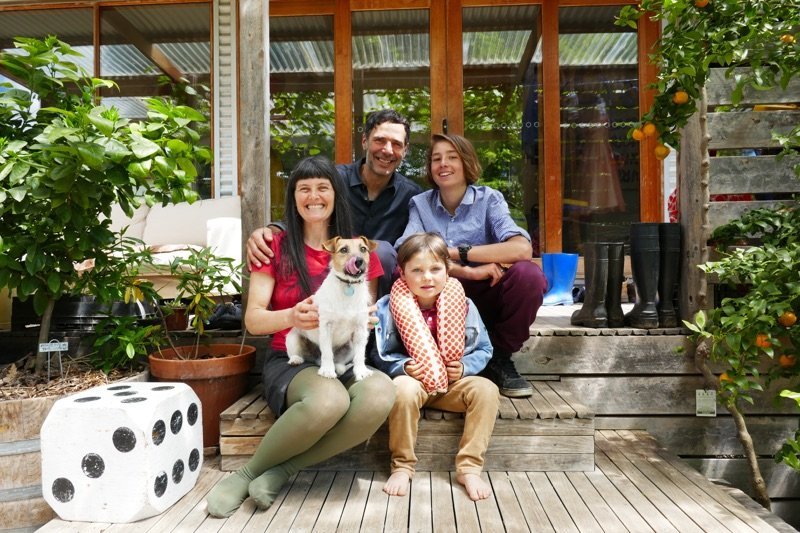