Subscribe
Currently there are less than 1% of us living carbon-positive lifeways in the rich countries. While taking to the streets is of course important, 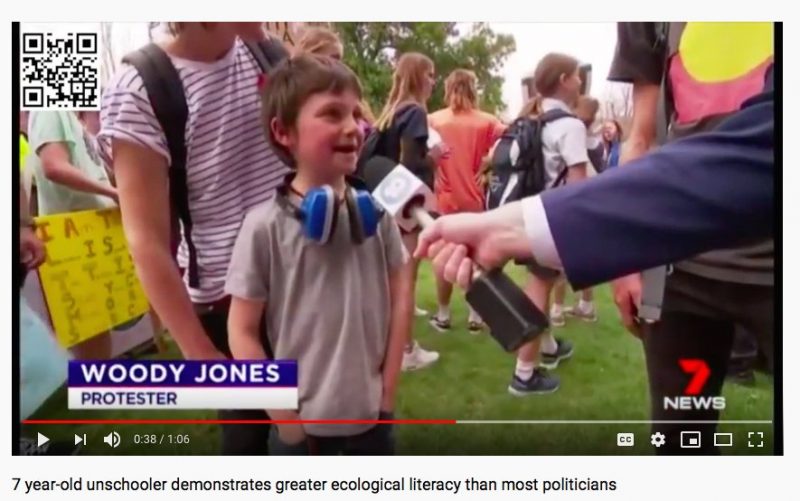 it is the day-to-day relationships of the home and community economies that will ultimately replace the old paradigm of extractive-consumptive economics driving so much woe. And even as our gardens lie dormant – 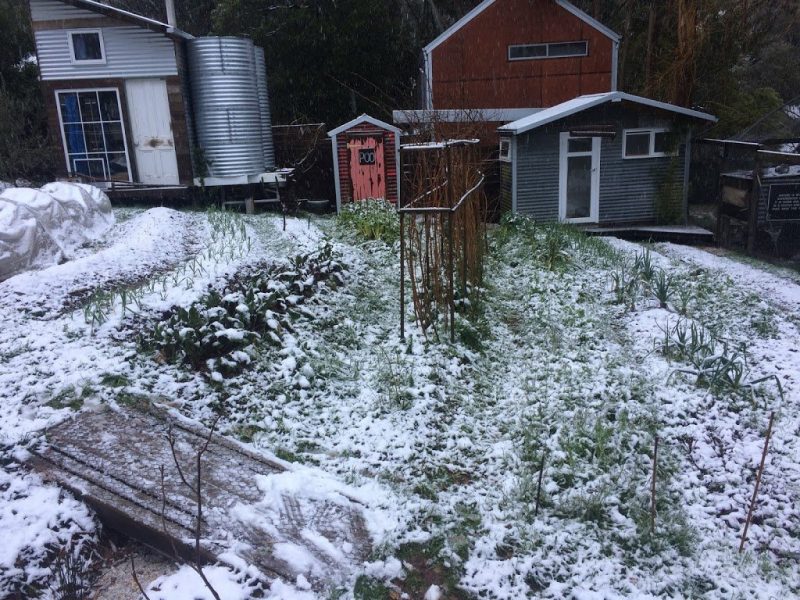 and it’s time to rest, make music, fool around and play, 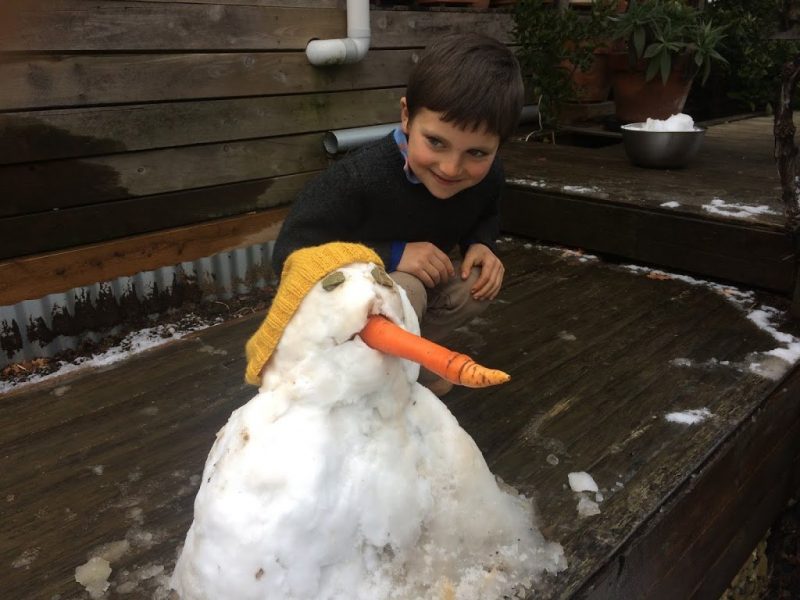 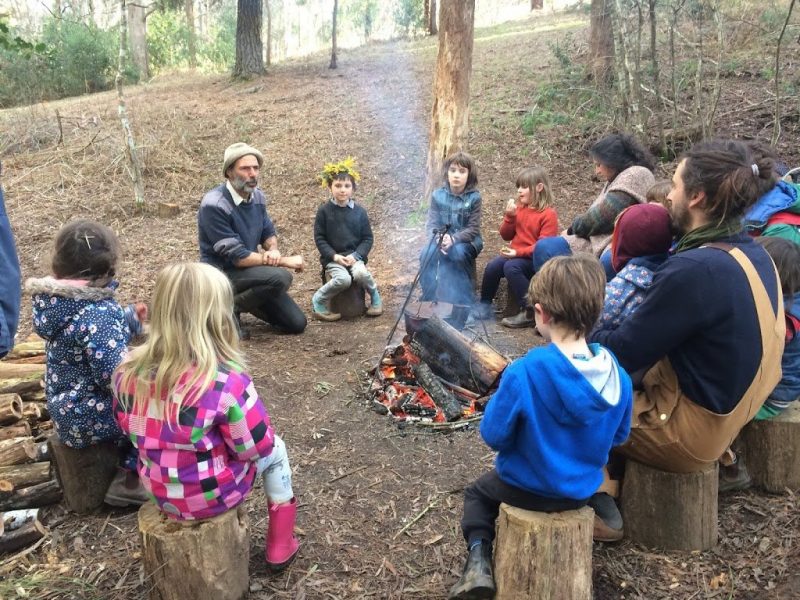 give out responsibilities and roles (such as tending wild apples on common land after being shown how to prune for abundance and against disease), 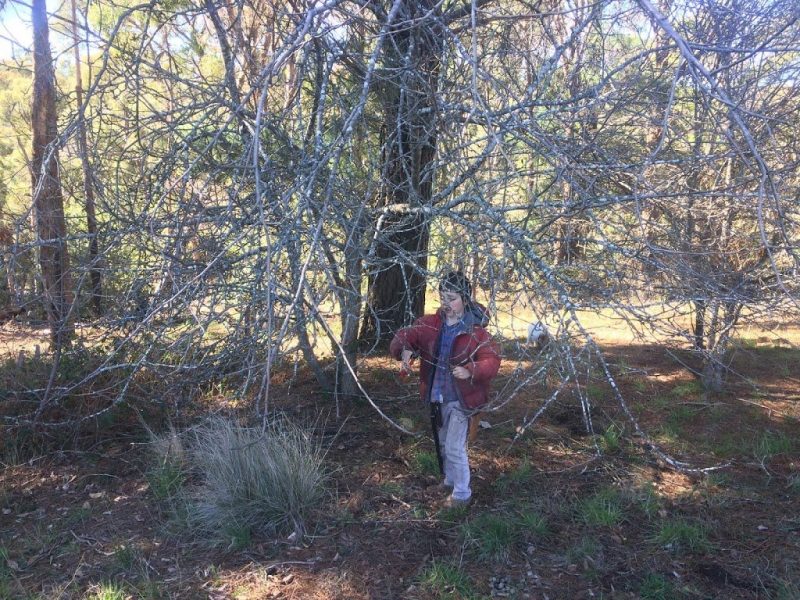 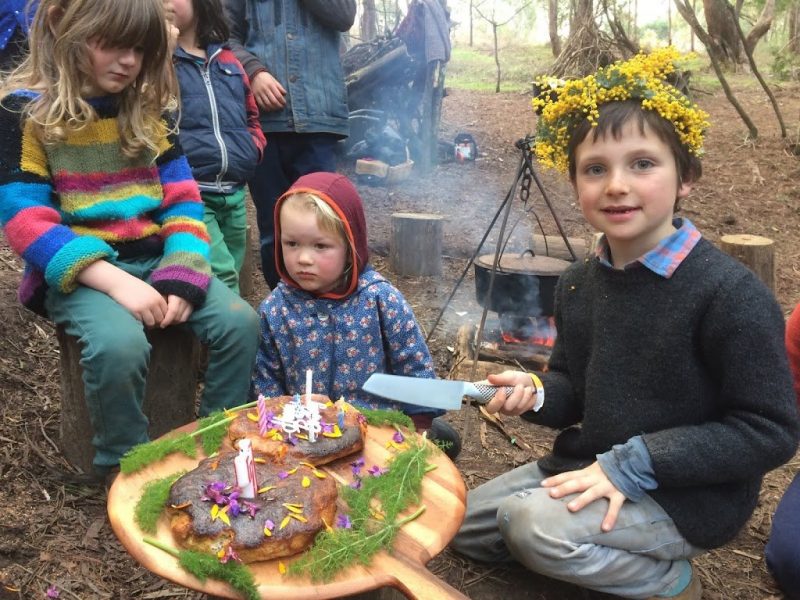 and begin again the prepping and planting for another growing season (while living off the fruits from the last sun-gifted season) – there are many things to do and many to give to. 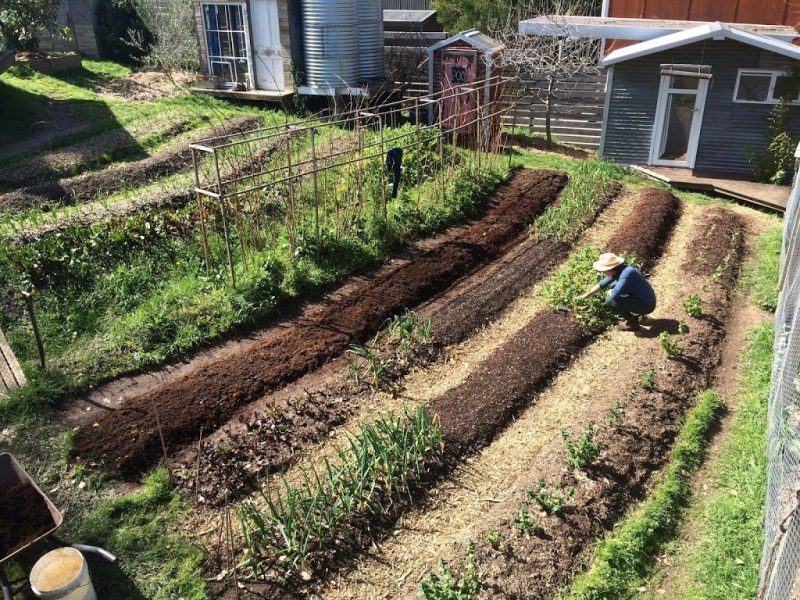 We have begun to take volunteers again. Our first for the new season the delightful, gutsy 16 year-old self-schooler Ishaa, 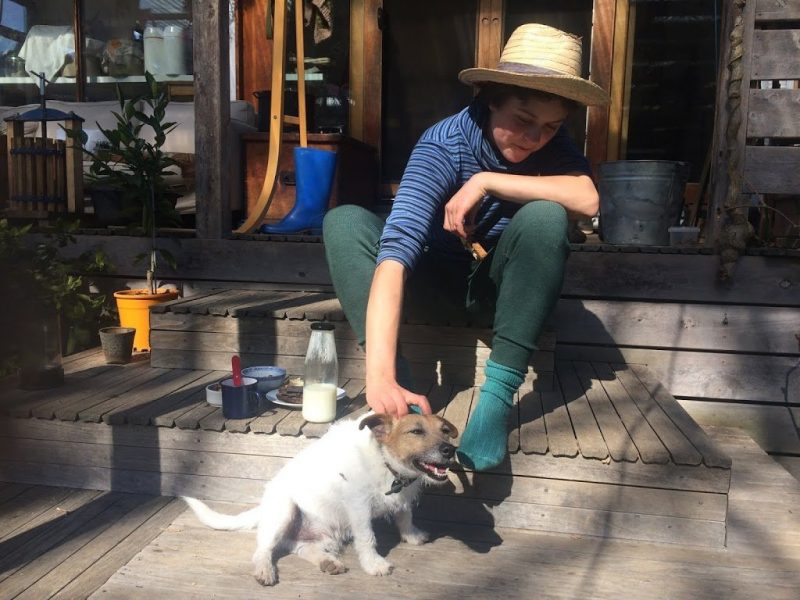 who came to us after spending a few weeks protecting sacred trees near Ararat. This is where we met her and where earlier we’d made a few videos to help grow awareness of that struggle.

Because the dominant culture still puts roads before trees we must stand with local mobs. Here is the story explained by Djab Wurrung warrior, Zellenach Djab Mara.
While it’s important to rally and blockade, if we only make demands of governments and don’t change within ourselves we are just fiddling while Rome burns. 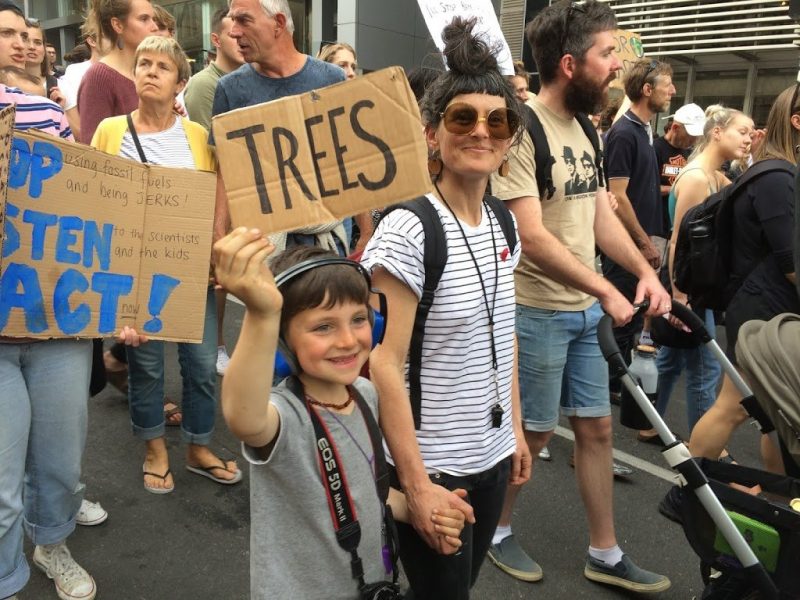 In Melbourne Woody was captured by news media responding to the question of why he was at the largest climate rally in Australia’s history:

He knows life is much more-than-human. 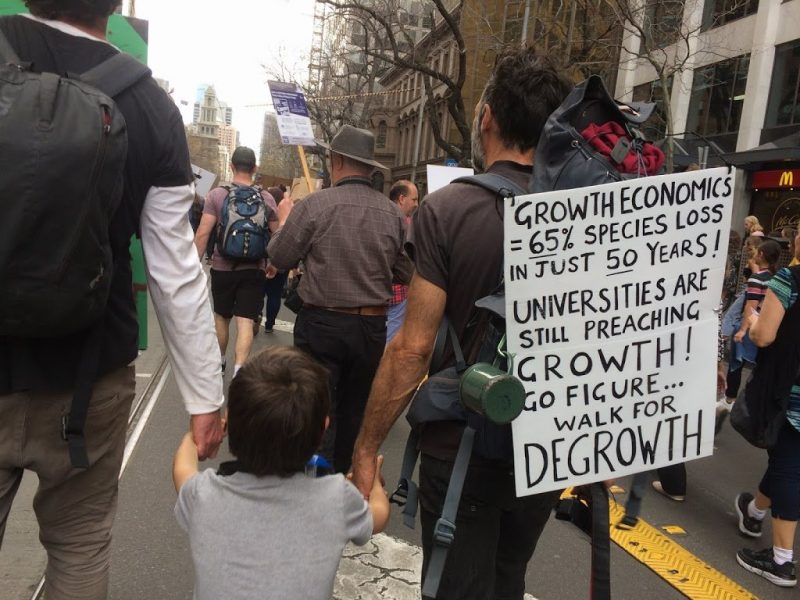 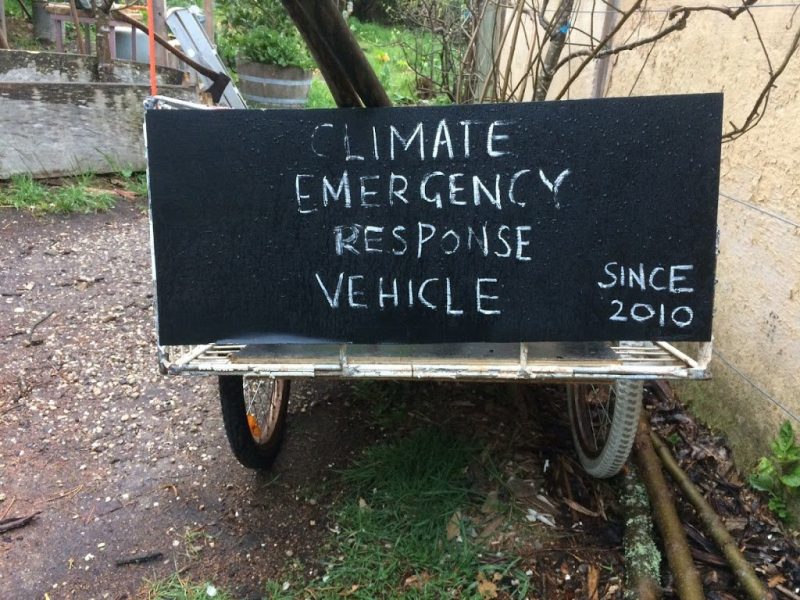 This is what degrowth looks like in action after nearly 10 years of being a carless household: 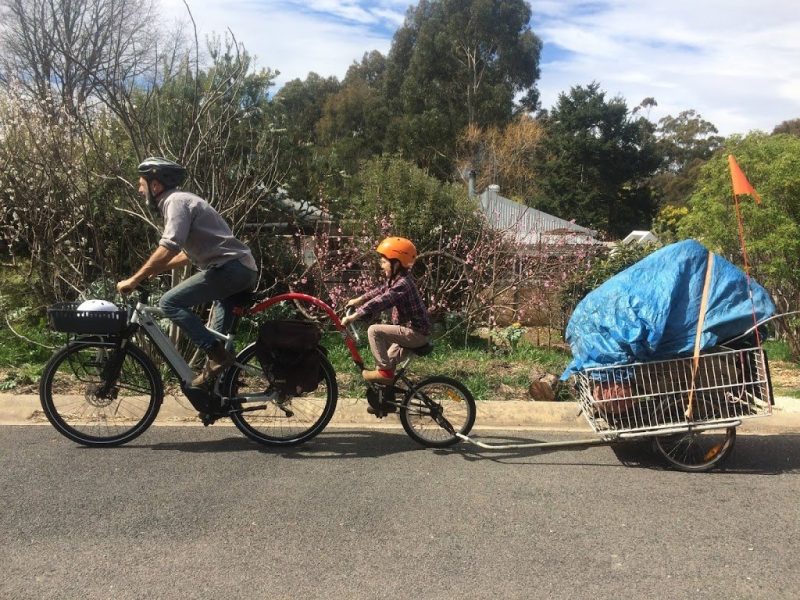 While having the right tools is important for transition, it’s the behavioural and biological changes we can make in our daily lives that are key to real transformation. If political power resides in industrial forms of food, energy, education and medicine etc., then our daily divesting from these things is far more powerful than voting once every few years and more empowering than taking to the street. 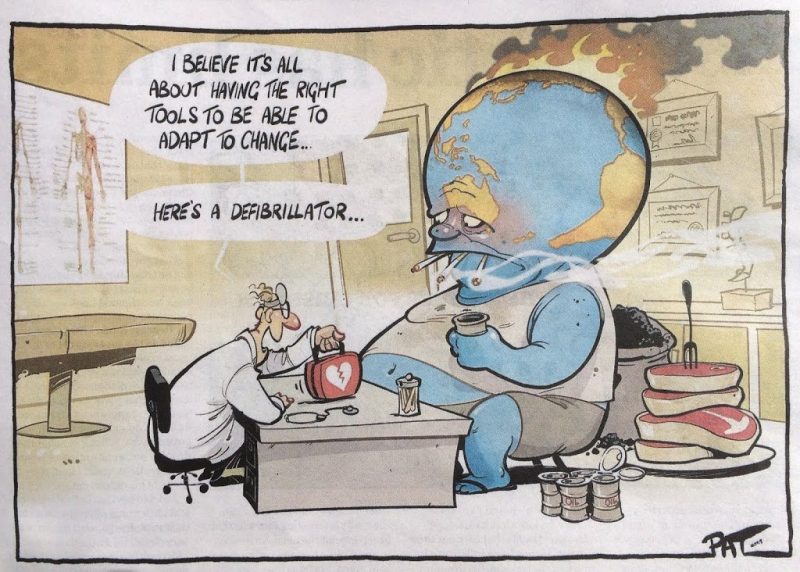 Teaching kids to use appropriate tools that can be fixed, sharpened and repurposed is just one example of changing behaviour. Keeping kids out of school is another, either for two days a week like Tom or permanently like Woody. 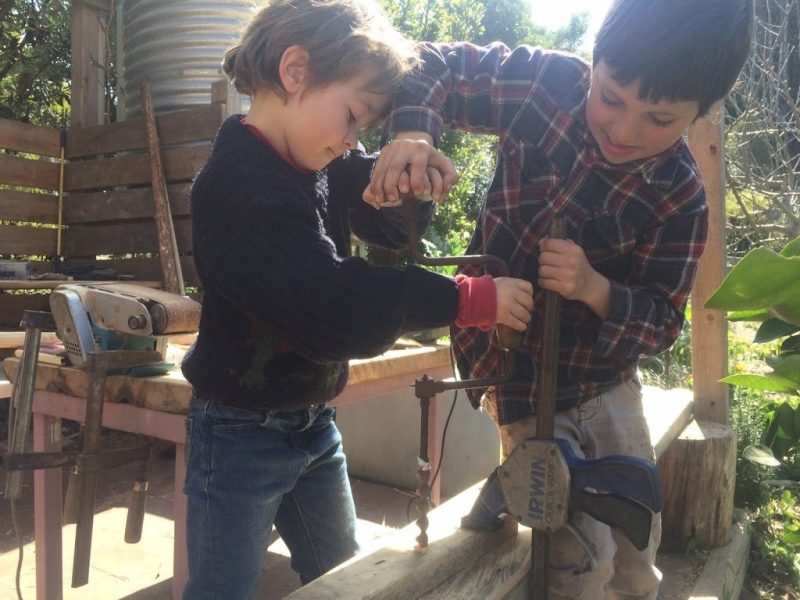 Woody has spent much of the year saving up for a violin by selling foraged kindling. The pre-loved violin he bought came from the Swap Shop in Melbourne where he traded in his walked-for sticks for musical strings. 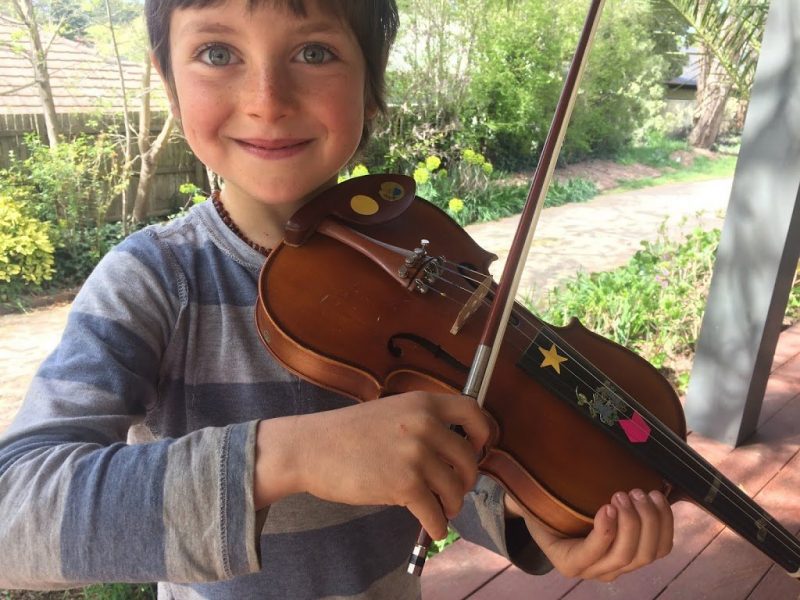 He is involved in the household’s sifting of potash from the char of our home-fire and he routinely returns such wood-promoting fertiliser back to the forest floor from where he gathers the kindling and we carefully handpick our fuel source – a fuel source that requires no grid, is regenerative and requires ecological thinning. This complete approach to economy, including the making of making returns, is at the heart of neopeasant relocalisation. 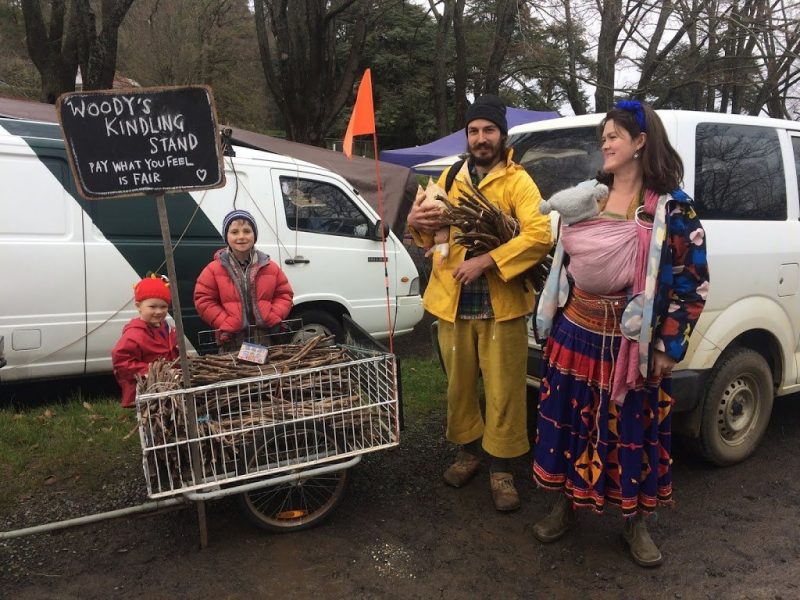 Woody is also one of a growing community of shepherds farming without farmland on public land to mitigate increasing bushfire risk and reduce weed dominance. 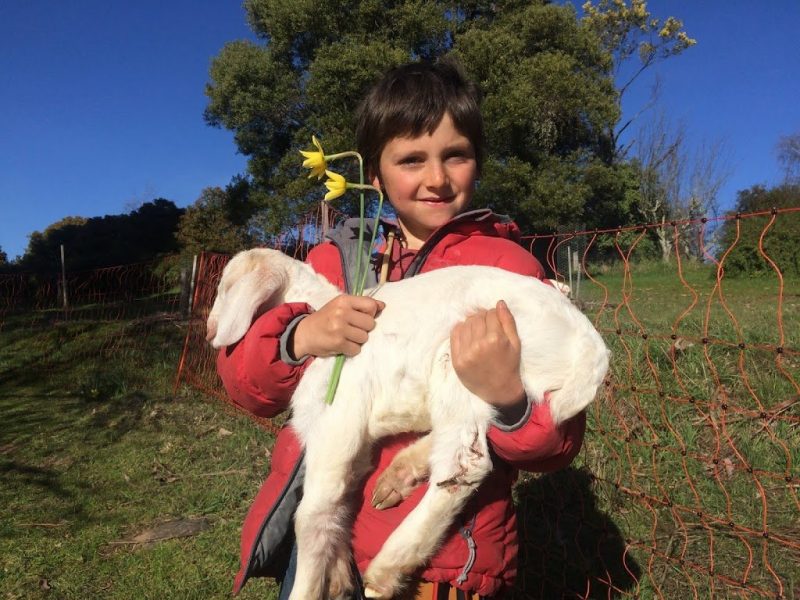 Goathand co-op, which several households contribute to now, has recently got a gig at the local high school where the goats are eating down blackberries, broom, grass and annual weeds ahead of a large-scale carbon sequestration planting project. 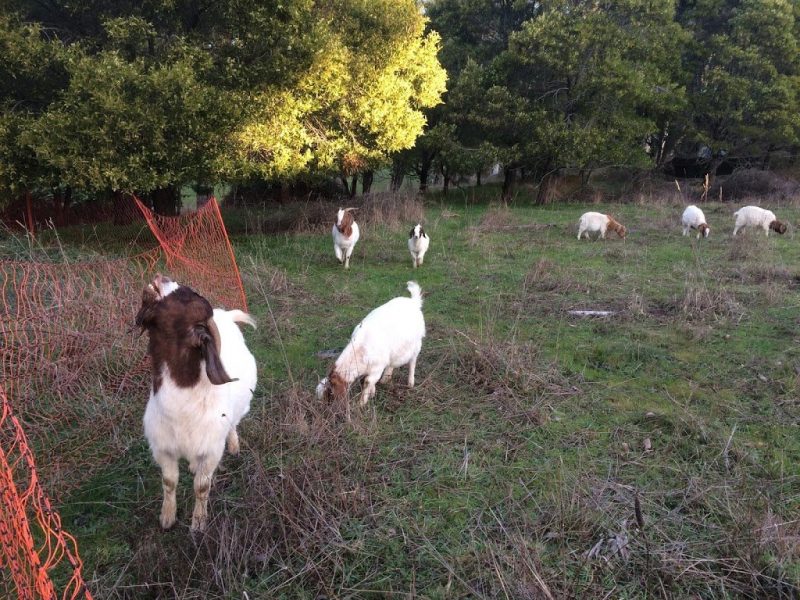 As a co-op committed to new and old forms of land custodianship practices we’ve run into some hurdles, which we explain here in our second Goathand video:
Is Zero related to our Boer goats? He certainly has their agility. 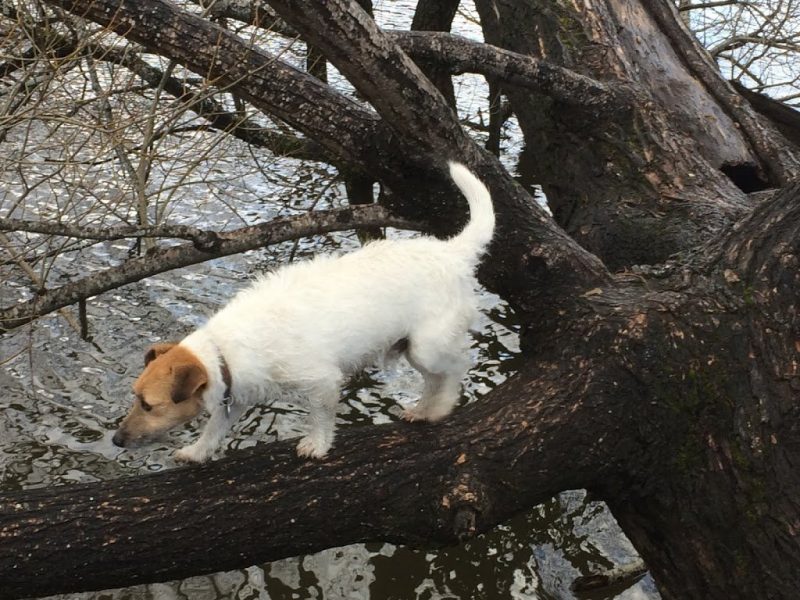 Life in the home and community economies enables us to drop everything when a child is ready to learn something new, and this means learning is magnified and relational. Forced learning may suit institutional life but it doesn’t serve children or their futures. Climate change will radically strip our wealth so we’ll need to know how to repair things again, like a favourite torn flanny. 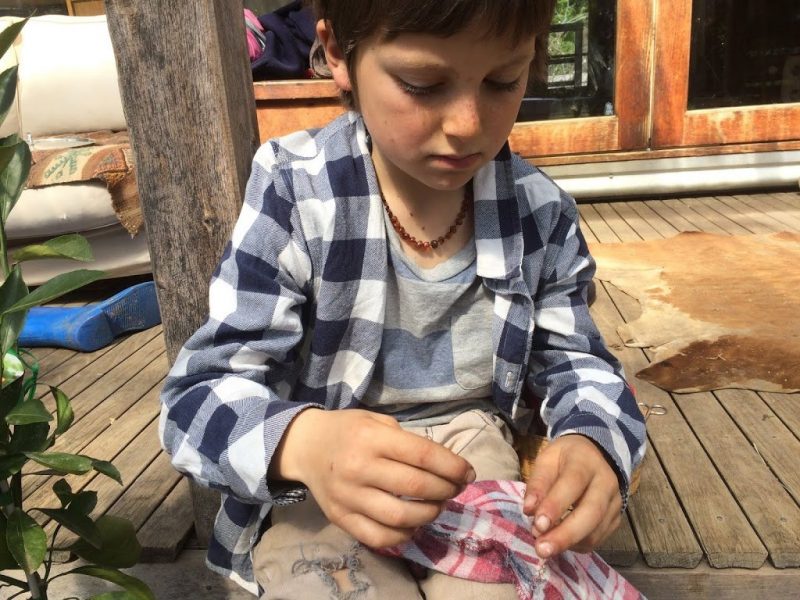 Because there’s always loads to do, we have to be well in ourselves in order to keep performing the new-old economies. Preventing disease and staying well will be key as the global economy collapses and the climate gives increasingly louder feedback to its toxic culture of hypertechnocivility. Non-monetised community immunity and wellbeing is central to our transition.

After nearly three and half years Meg is still facilitating Daylesford Culture Club, our region’s free monthly fermenting group. She is now also convening Wild Fennel, a free monthly herbal group, facilitated by local herbalist, Rosie Cooper. And she is also helping fellow plant lover Brenna Fletcher organise Hepburn Seed Savers, which will operate out of our town’s library. You can read more about these and other projects we are involved with here. Two weeks ago Meg addressed our councillors at an ordinary meeting asking them to declare a climate emergency in our shire. All seven councillors unanimously agreed, and our local shire officially joined over a thousand local councils across the globe in committing to put climate action front and centre of all their decisions.

Well, that’s enough from us for another post. If you need a little more food for thought here are some recent talks. This one is Meg and Patrick speaking to the transitioning communities of the Yarra Ranges,
and this one is Patrick’s defence and praise of pioneering biota and the great gifts they bring in performing ecological restoration in a climate chaos era.
And this one is a talk we organised late last year to promote indigenous, permacultural and post-capital cross pollinations, which we only released recently.
We hope you enjoyed this little offering, Dear Reader. Spending increasingly less time online means our posts are more infrequent. But sharing a little of what we’re up to continues to link us into the global spirit of change for people seeking alternatives well beyond taking to the streets.