Join Patrick as he asks timely questions of Bei Yin and Jashan Singh, two recent guests at our School of Applied Neopeasantry. Bei and Jashan’s stories offer clarity, warmth, honesty and generative responses to the discussion of how we might reclaim the local village.

You can listen to the audio-only version here.

And here is the audio with an image version:

Since our time together, we have begun discussions with Bei and Jashan and local farmers, land holders and community actors to see what can be achieved to enable young farmers from diverse backgrounds to grow food and sell it to local markets. We have been active in this space for a number of years matchmaking landless wanna-be neopeasants with people willing to share their land, and sharing our own story of farmless farming based not on private property ownership but rather on social relations. Our local food co-op feeds about 300 households and we could do with some more local growers who are willing to raise crops to directly supply them or to sell at the local Sunday market.

The majority of the world’s food is grown on small farms ranging between 2 and 70 acres. It is a blatant lie we need to use pesticides. It is a myth farmers need to get big. That’s merely the ideology of bankers, chemical companies, and the coalition of the willing found in the agribusiness and government sectors.

Neopeasants arise, take back control of how you grow and who you grow for!

Please feel free to comment or get in touch if Bei and Jashan’s story has inspired you and you would like to be kept in the loop about future farming possibilities. Additionally, if you have land to share and would like to offer younger farmers opportunities to start farming without going into debt please head to Land Share Central Victoria, contact us here, leave a comment, or start your own Land Share page in your region. The future of farming is debt and chemical free. We just need to link people up to begin discussions and collaborations.

What a time of the year to think big, farm small and cut out the banks and the middle men.

With love, Artist as Family

The community garden beside the library in our home town has been a site of commons reclamation since a small bunch of us occupied this so-called ‘crown’ land, twelve or so years ago. This little patch of non-monetised, unenclosed, available-to-all organic food commons sits as the only ecologically complex environment in the central business district of Daylesford; a town that sells mostly unnecessary things to tourists in service to the dominant economic orthodoxy – hypertechnocivility.

Last night we gathered to celebrate the solstice, re-commoning and Djaara Mother Country at this bright moment – the longest day.

Artist as Family has been playing music with our friend Maya Green for a while now, and we put together a small set of songs to share with our fellow community gardeners at this gathering. At our first gig as Dirty Trees, we featured poems by an anonymous ancestor, William Blake and Martha Postlethwaite that we’ve set to music, sharing some of the wisdom and lyricism we’ve been holding dear this year.

In this video we play an instrumental version of Mairi’s Wedding (also known as Marie’s Wedding, the Lewis Bridal Song, or Scottish Gaelic: Màiri Bhàn AKA ‘Blond Mary’). It is a Scottish folk song originally written in Gaelic by John Roderick Bannerman (1865–1938).

We hope you enjoy this little garden-brewed moment as you slide into the summer’s downtime or into winter’s hibernation, wherever you are.

Thank you to Blackwood Ulman Jones and Anthony Petrucci for your filming craft, and thanks to you, Dear Subscriber, for staying with us in our various forms this year.

A few days earlier we celebrated solstice at David Holmgren and Su Dennett’s permaculture home, Melliodora. The mens’ Firechoir sang at this event six months after they formed, at the winter solstice. Patrick has so enjoyed facilitating this group with Anthony Petrucci as choirmaster and the men look forward to sitting in circle and singing with the women’s group, facilitated by Meg, in 2023. 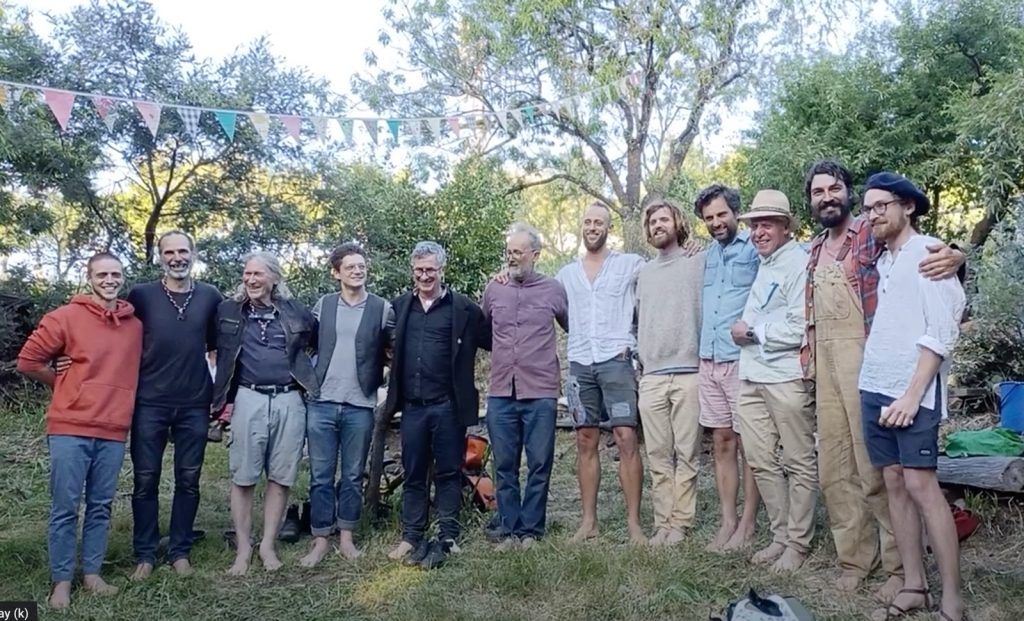 Much neopeasant love for a festive and heartfelt season of joy,

Please join us as we shell broad beans at the kitchen table and listen to stories about the homeplaces, wisdom and wildness of Carla Gallego, Ilenia Theuriclat and Constanza Hidalgo. Here’s the audio-only version:

These three women are the latest volunteers to visit Tree Elbow University and join our School of Applied Neopeasantry. It was a wild week of story, laughter, dancing and communing as we lived life richly together honouring earth, our food, more-than-humans and each other. Coni is hacking industrial design with permaculture, Ilenia wants to hack social work with permaculture, and Carla sees the potential of permaculture to reintroduce spirit into the arts.

This podcast series is dedicated to listening to those who have made themselves students of life, of permaculture and of neopeasantry, and are seeking their own learning pathways in diverse and dynamic ways. This podcast is slow media so feel free to create some space for the conversation. Make yourself a cuppa and catch some sunlight, or gently work through the piled up dishes while you listen. These women’s gifts, embedded in their stories, are a slow unfolding. 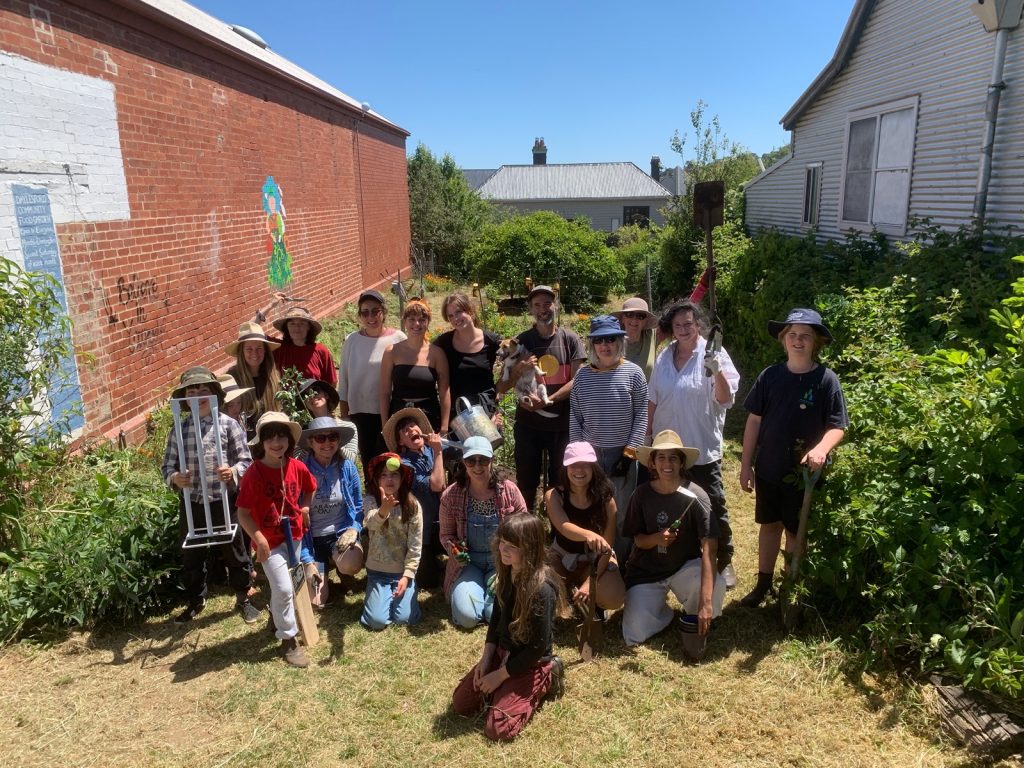 The week with Coni, Ilenia and Carla was magical and we hope you pick up a little of this spirit in our conversation, the spirit of which flowed into many places around home including the community garden working bee on their final day with us.

Wherever you are in your life right now we hope this hour of story calls to you. Your comments are always welcome and feel free to also tell us where you find your wild man or wild woman, and how you make room for this wildness.

Sending solstice greetings from Tree Elbow to your festive table,
Artist as Family