Welcome to another week of breaking Covid news. As the dominant narrative falls apart and the corruption becomes increasingly more visible, we’ll be covering it all here, in the absence of a Fourth Estate.

This week we are so grateful to the uncaptured Canadian doctors and scientists who have created a video showing Level 1 evidence Pfizer’s inoculant, Comirnaty, is unsafe and does more harm than good. The presentation is 40 mins in length, and probably the most important independent assessment of Comirnaty since its release last year. We hope you’ll make the time and space to listen and watch.

Please do share this widely, leave comments and feel free to engage with the content here. It is important to have respectful debate and we encourage difference of opinion, but please keep your comments considered, generative and coming.

There will no doubt be serious attacks on the work of the CCCA, and there will be all kinds of so-called Fact-Checkers that will try to tear it to pieces. When looking at the work of Fact Checkers, we always investigate the publisher and the sponsors of them, and much more than not all roads lead to conflicts of interest. For us, the most powerful thing about this presentation is the independent science that uncovers what the profit-driven science attempts to hide, and shines a light on just how embedded government agencies are in Big Pharma giants like Pfizer, which we will continue to expose here until we feel free enough to go back to sharing our neopeasant transition from dependence upon Big Money.

Here is the Canadian Covid Care Alliance website: https://www.canadiancovidcarealliance.org/ and here is the PDF they refer to in the presentation.

Signing off in good faith, Artist as Family. 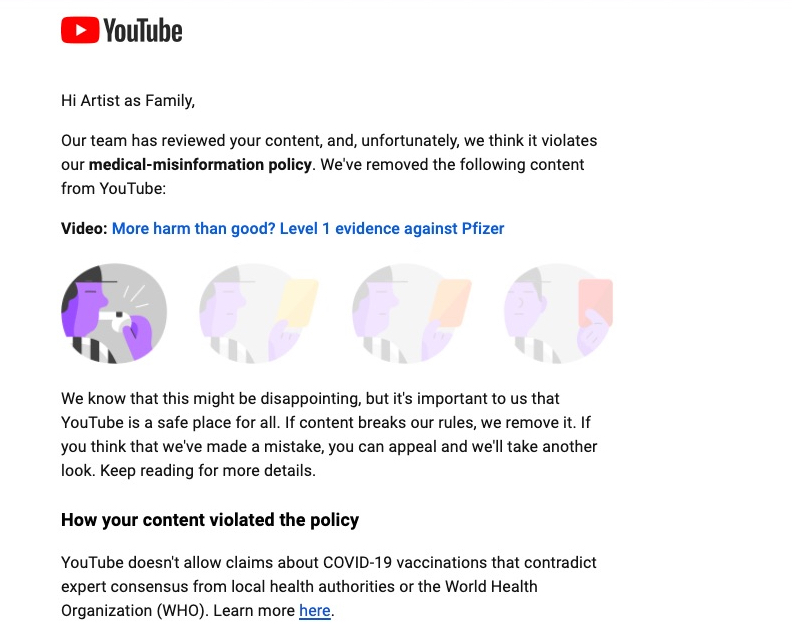