Subscribe
When we first started talking about a year of travelling we went through all the ecological modes we might employ to move around. Our humble pushies became the most obvious choice. And so too for Jeff, an American we met briefly on the climb to Batlow, who is on his fourth bike tour of Australia. Jeff is the first bike tourer we’ve met since we pushed off a month ago. 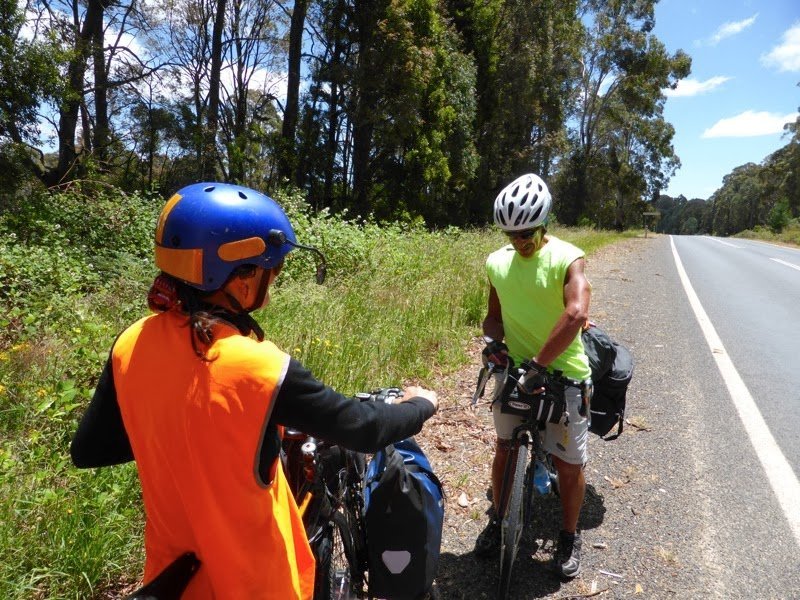 We made the decision to stop flying four years ago and made ourselves carless three years ago, wanting to see if it was possible to live well with such seemingly radical restrictions. These decisions have paid dividends in terms of the money we no longer need to earn and have given us more time to do what we want to do. 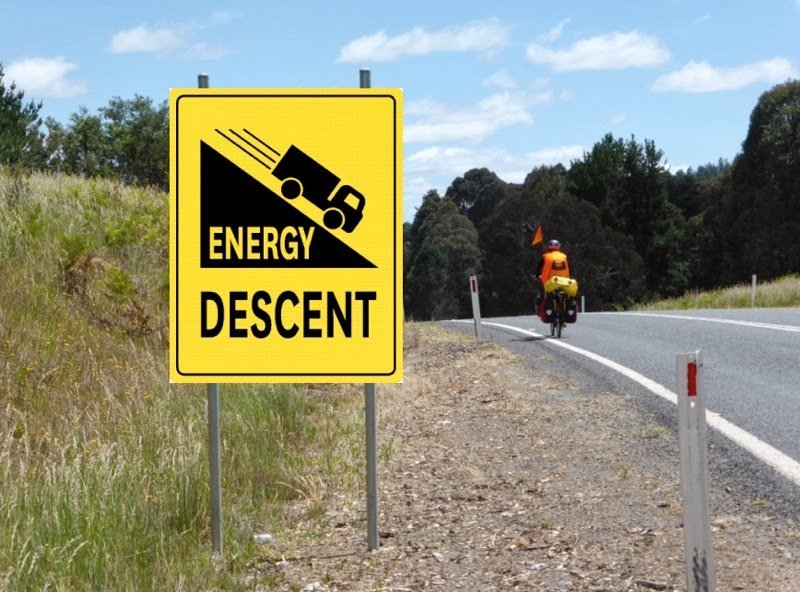 Before we left Tumbarumba we met Adam, camped at the caravan park for the next few months picking blueberries (Vaccinium spp.) on a nearby farm. At home in Tumut, Adam grows heirloom vegies organically turning his political energy into rich friable soil, knowing that the way to abstain from participating in corporate damage is to be accountable for one’s own resources. On our last night Adam brought us back a bowl of delicious blueberries he’d picked from the farm and in return we were able to pass on to him a little paperback edition on the uses and benefits of dandelions. 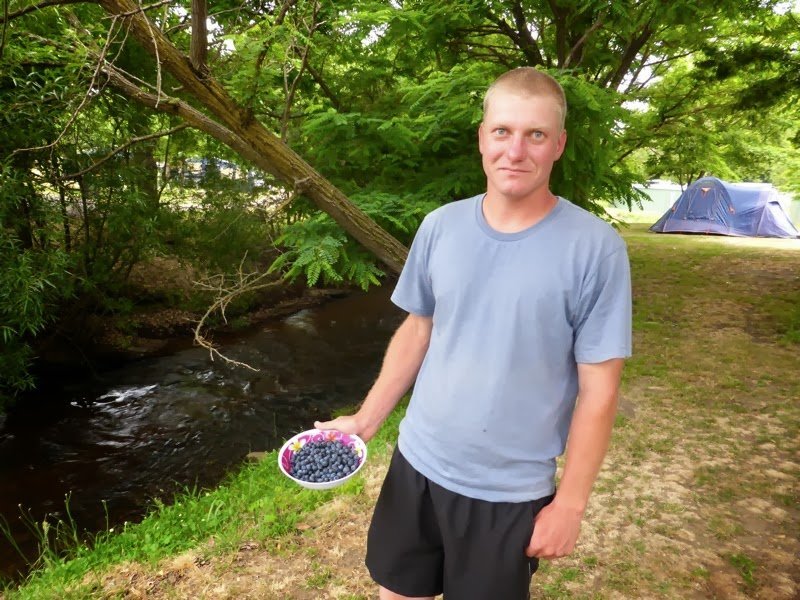 As an antioxidant, blueberries (eaten raw) fight free radicals that are damaging to cells and DNA. They rate low in terms of their glycemic index (GI) and therefore are considered slow-release energy food. They are high in vitamins K and C, and manganese and fibre. Thanks Adam! 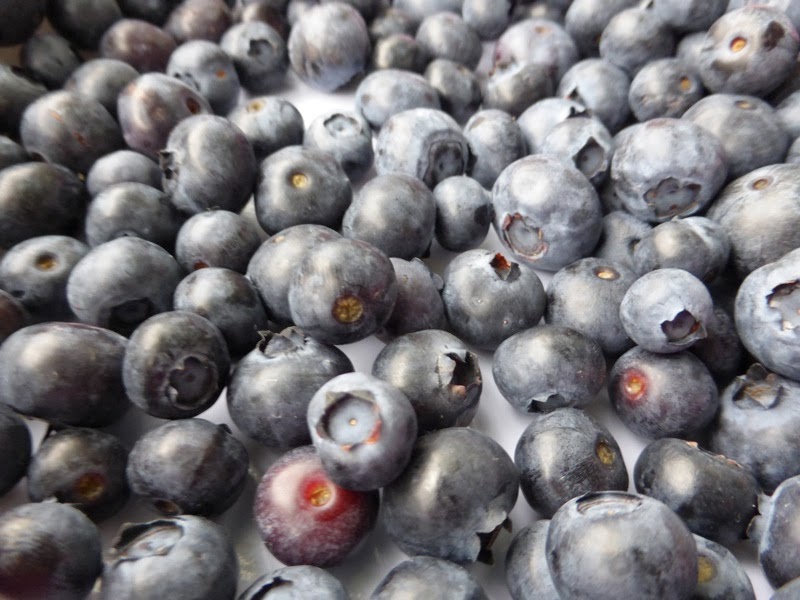 Being on the lookout for local produce and exposed to all the elements as we ride may appear a tad utopian, but the reality at times is not so pleasurable. Our two most dreaded things to come across on the road are pesticides and big trucks. Coming into Batlow we copped a mouthful of what tasted like Mortein as an apple farmer was mass spraying on a windy day, and since Tallangatta we’ve had to contend with streams of heavy trucks. 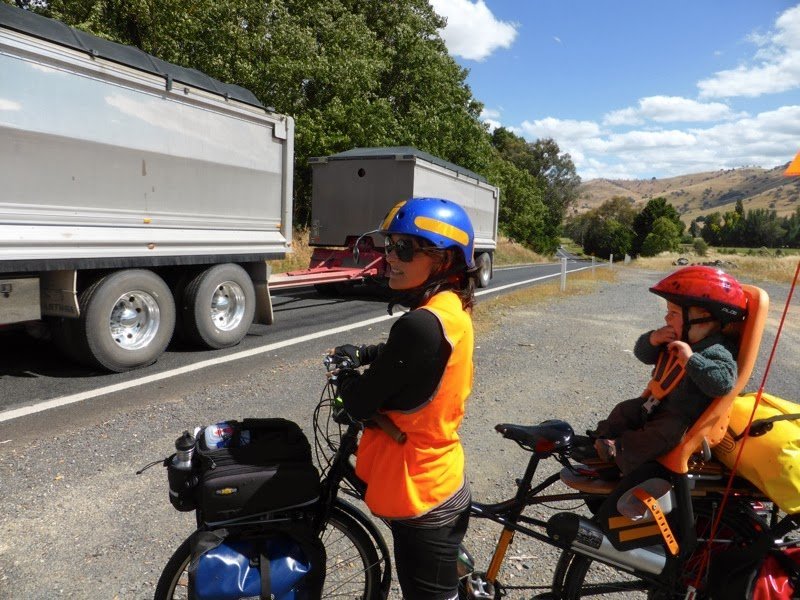 Many of the trucks are carrying wood-chips or logs from the extremely damaging pine plantations that are rapidly destroying soil and water ecologies in this beautiful region of two thousand springs and creeks. 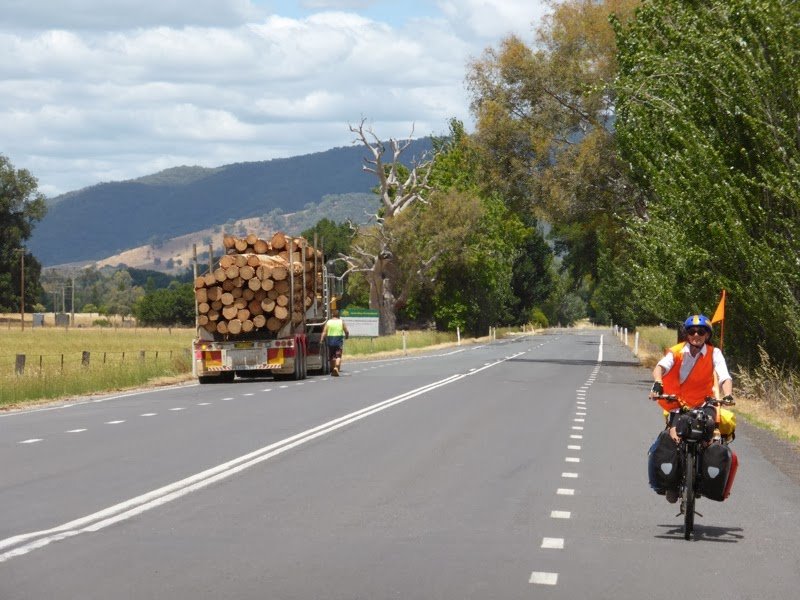 How our culture behaves is truly saddening, but it is land and the people we are meeting that counter much of this negativity. We arrived in Tumut and this lovely family greeted us in the street with the proposal of a warm shower and a place to camp for the night. 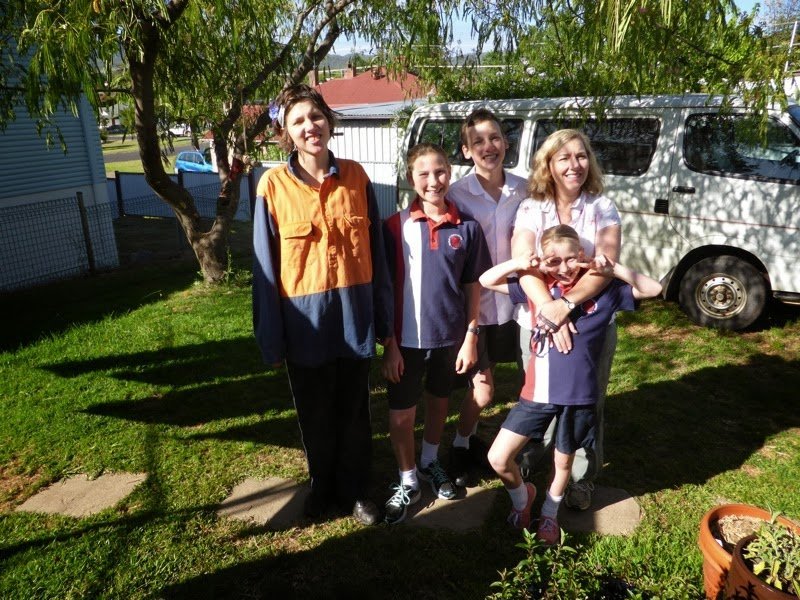 This portrait (sans Anthony who’d left for work) was taken just after Valerie had cooked us a delicious pot of breakfast porridge. Rose, Lily, Jasmine and Dom (Zeph would have loved meeting you all) shared their personal stories before they headed off for school and we headed off to the park to meet another colourful local family. 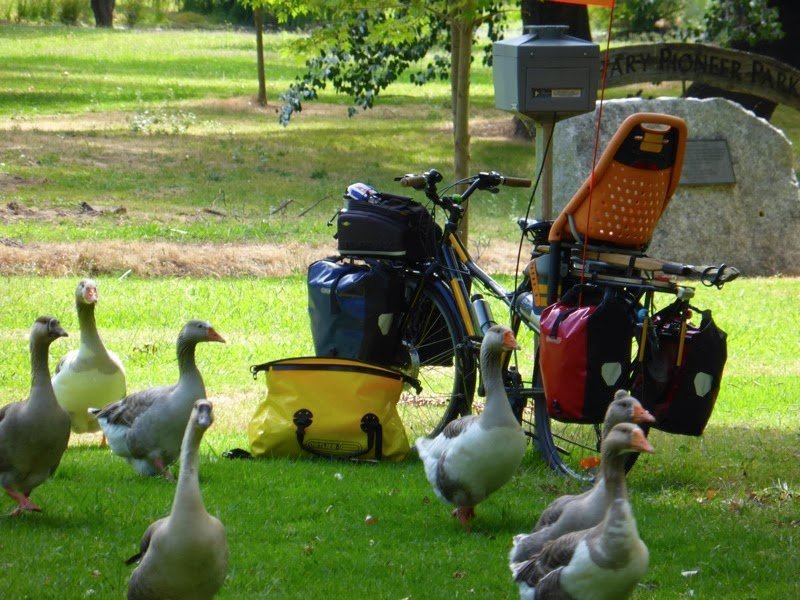 While recharging in the park we spotted what looked like a pretty interesting workshop being conducted. Waradajhi (Wiradjuri) ranger Shane Herrington was holding a ‘men’s honour’ workshop, teaching the art of making traditional hunting tools at the Tumut-Brungle Community Centre. 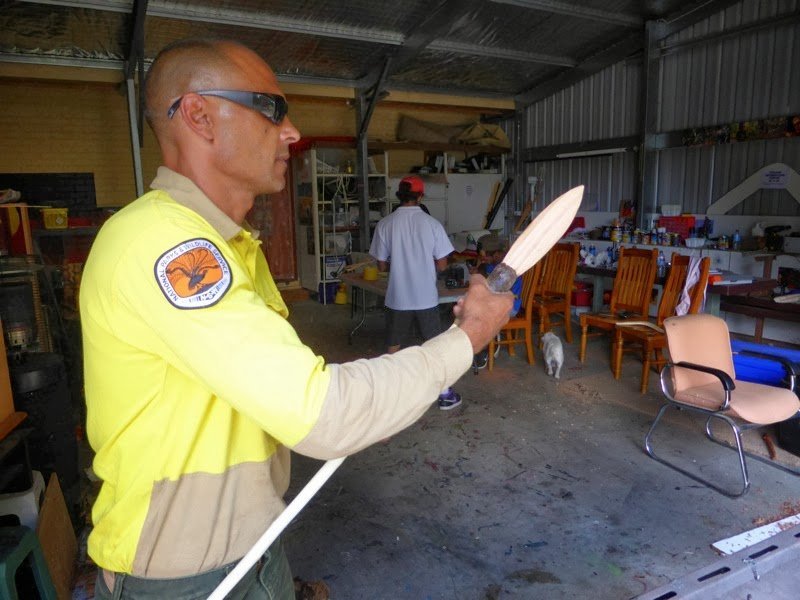 Shane immediately included Patrick in the workshop and got him helping to heat and layer with wood dust the maleable gum of grass trees (Xanthorrhoea), 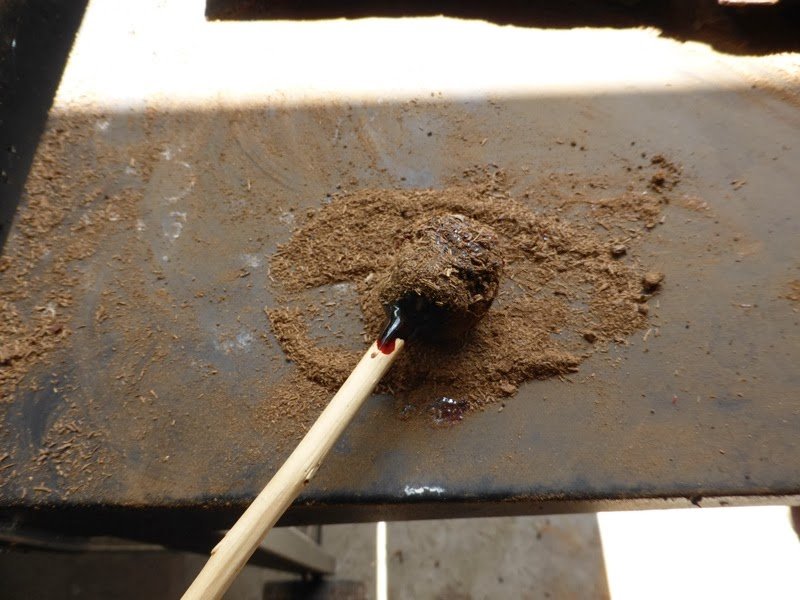 which was used traditionally to help bond the spearhead, in this case red gum (Eucalyptus camaldulensis), to the spearshaft. This one was made from native hemp (Gynatrix pulchella). 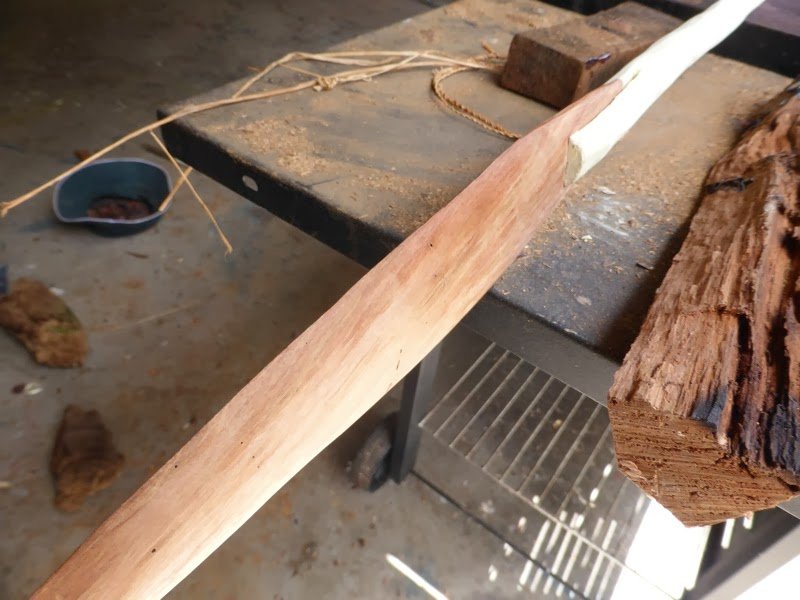 Shane then demonstrated how to turn various fibres (stringybark, grasses and reeds) into multiply string. No polluting machines necessary, only hands and thighs, a skill used by both men and women but according to Shane was exclusively taught by the women.

After meeting some of the Tumut-Brungle community we were eager to head out to Brungle situated on a relatively truck-free road about halfway between Tumut and Gundagai. This is truly magical country. 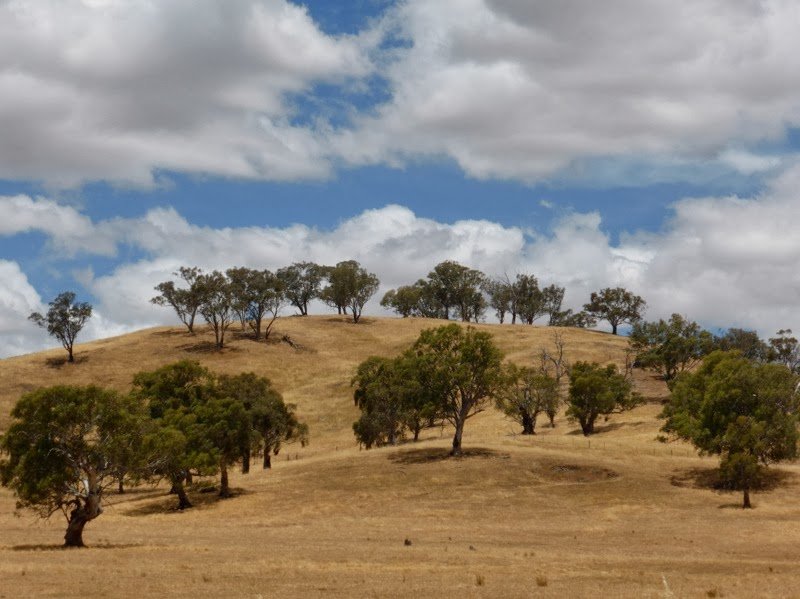 As we arrived we were startled by an incredible display of light. Is this what an animistic welcome to country looks like? It certainly seemed to speak of the same warmth and welcome we were offered back in Tumut. 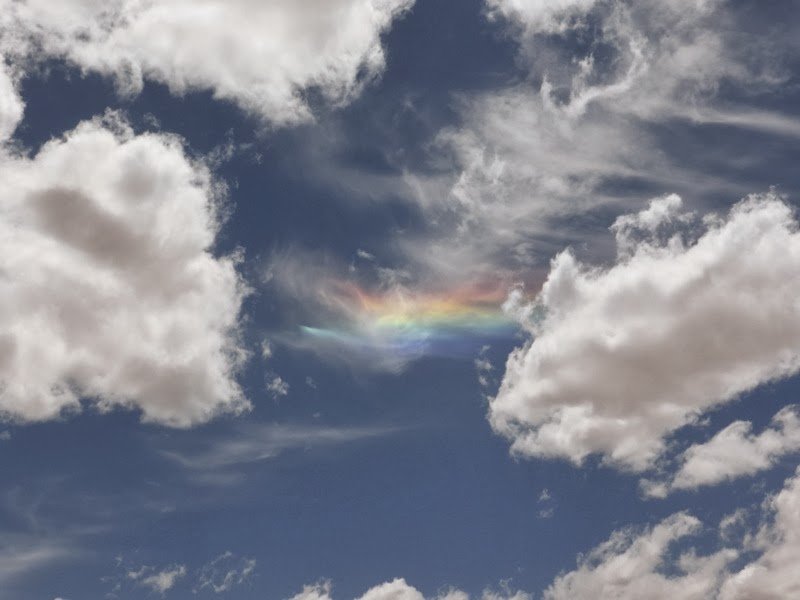 Then after almost a month of travelling and observing unripe cherry plums (Prunus cerasifera) all along the roadsides, we finally cycled into country that offered up this free delicious food, ripe and ready for the picking. 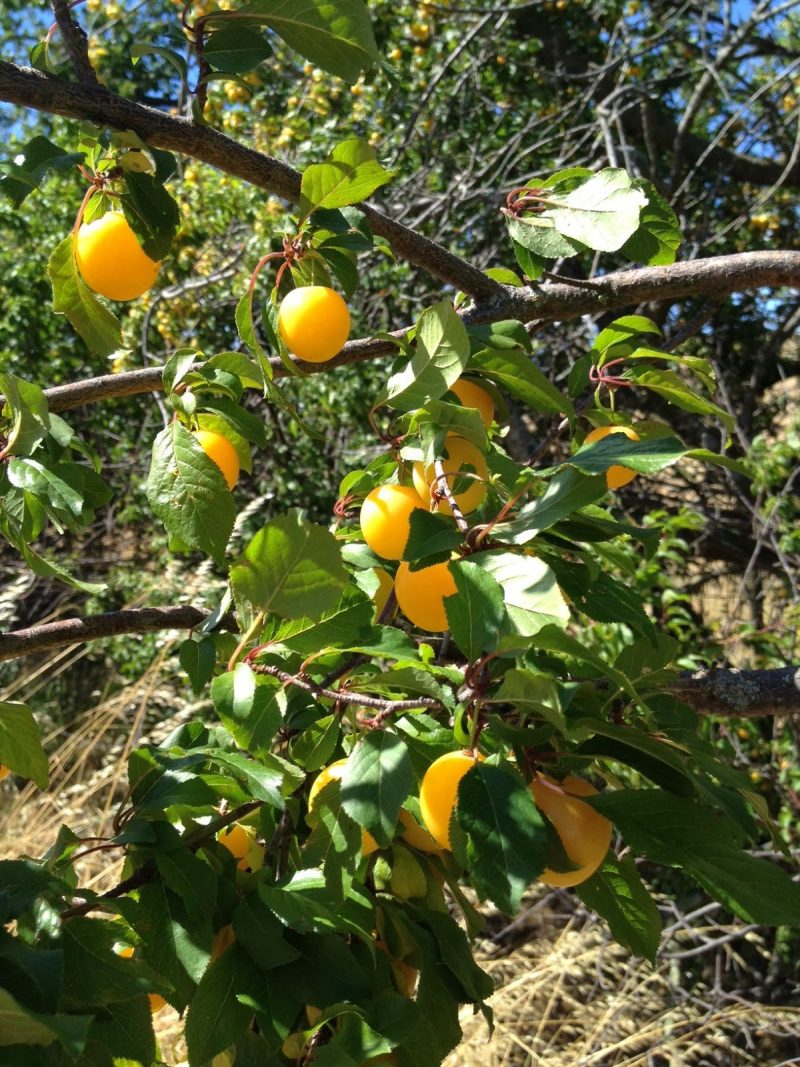 Such gifts of the autonomous gods were true blessings and Woody hoed into the red ones too, fitting several in his mouth at once.

But not everything goes the way one might like it and after Brungle we had an exhaustive climb to Gundagai. Because Patrick’s motor has given up (again) his knees have been giving him grave troubles. Cursing expensive but poorly made Chinese technology he struggled in the afternoon heat, making for a long afternoon’s ride with a heavy load along the track winding back… 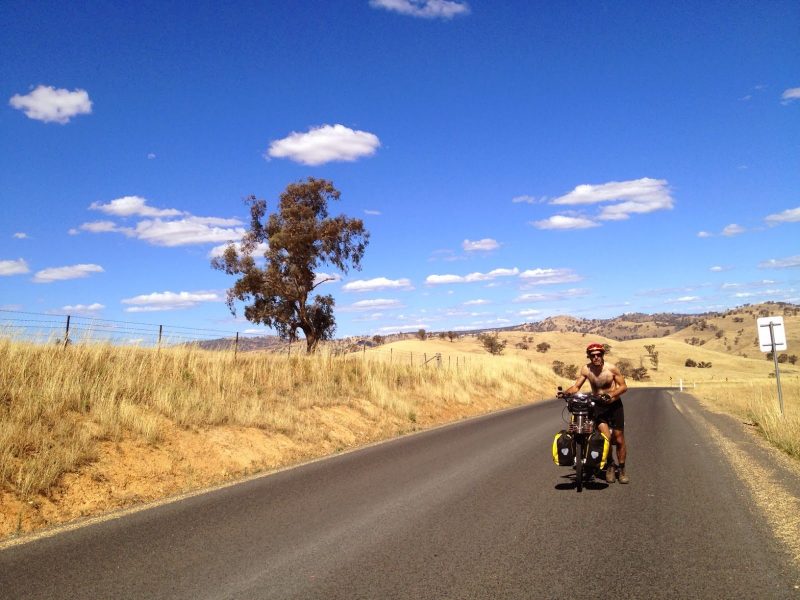 We arrived in Gundagai in the early evening, crossed this lovely old river on a ricketty old bridge, 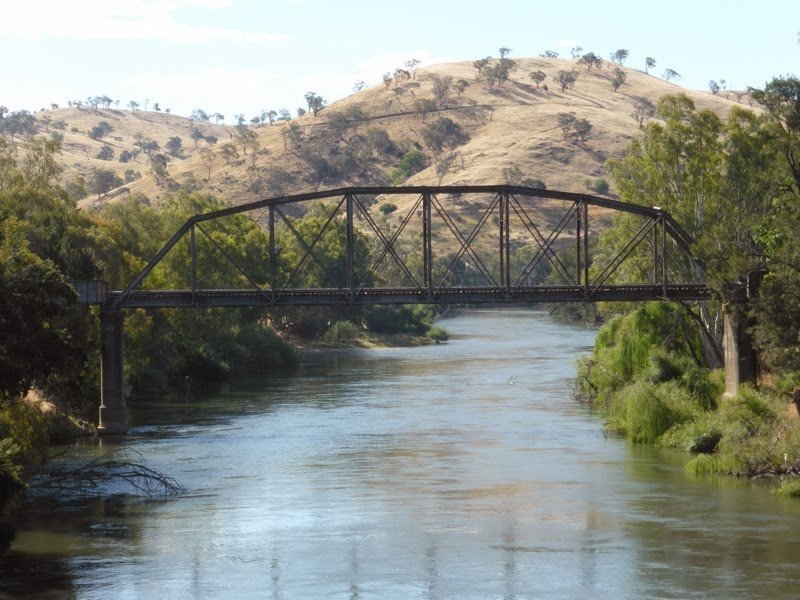 set up camp, collapsed into bed and breakfasted on these magnificent figs (Ficus spp.) found in the town. 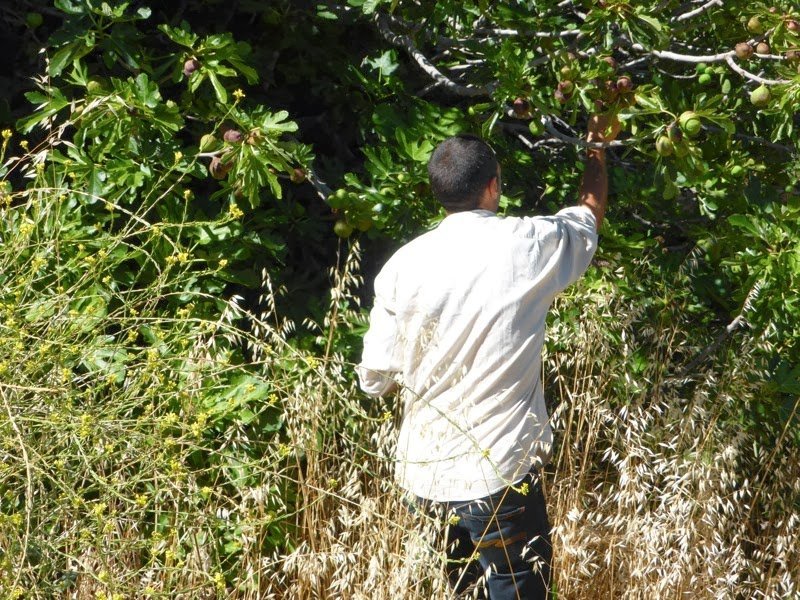 Time now to rest for a day, plan our next leg along the dreaded Hume (little choice but to ride along this noisy highway for a while) and attend to the fruitful smells emanating from our clothes. 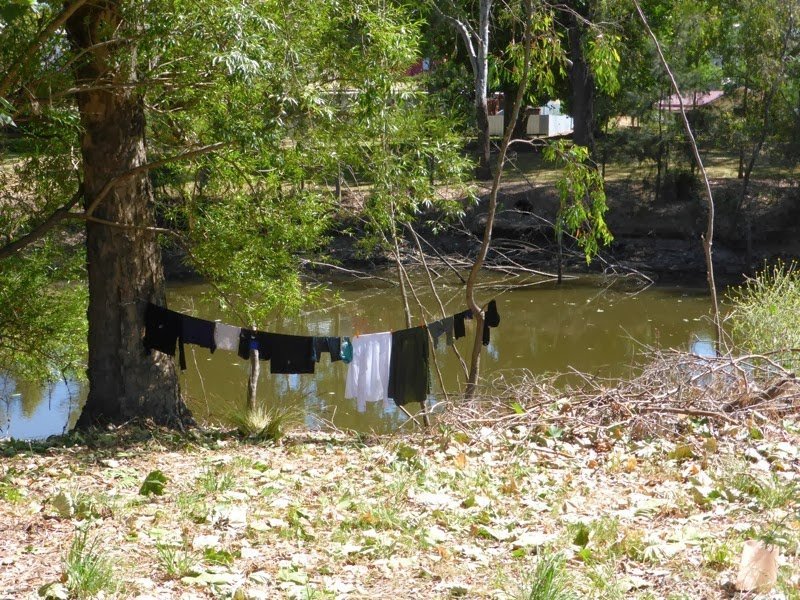