Subscribe
We, Artist as Family, stand firmly with our feet on the soil, as we stand with Jonathan Moylan.

For those of you who are out of the loop, Jono is a 25 year old from Newcastle who is facing up to ten years in prison and a $765,000 fine for sending a press release highlighting ANZ’s role in funding the Whitehaven open cut coal mine in north-west NSW. The mine threatens community health and food producing land at Maules Creek, and the health and survival of Koala populations in the Leard State Forest.

We reckon we’re in pretty good company too:

The photo of AaF above was taken by our dear friend Rasha Tayeh. Rasha is, among many things, a documentary filmmaker whose most recent work is The Growing Food Project, a short doco that explores some of Melbourne’s urban agriculture practices and community food initiatives, where people are coming together to build local, fair and sustainable food systems. The film features Patrick’s award winning poem Step by Step. 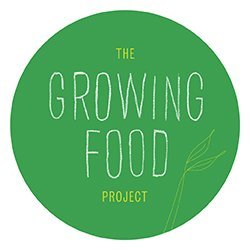 The film’s premiere is on Wednesday 20th Nov at the Australian Centre for the Moving Image (ACMI) at 7pm.

The screening will be followed by a panel discussion of food activists inviting the audience to discuss the benefits of supporting local food systems.

You can purchase your tickets here.

And while on the topic of Patrick’s poetry, a huge congratulations are in order: 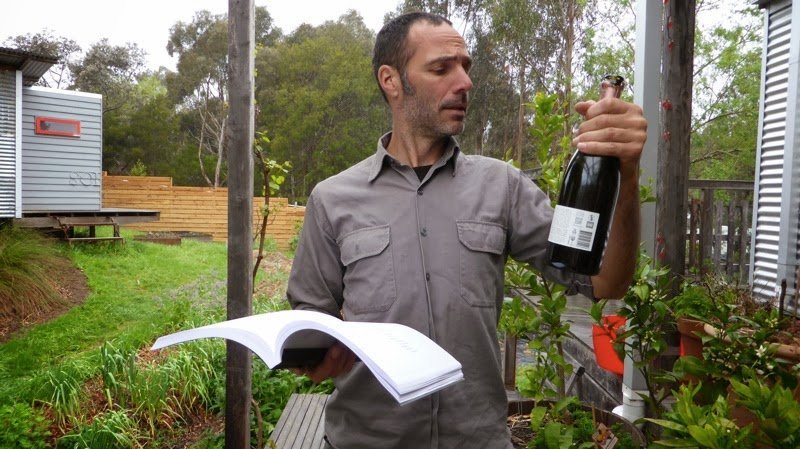 Patrick has just completed four years of doctoral research. In a nutshell, Walking for food: regaining permapoesis is:

a biographical thesis that investigates how we might transition to fairer, more just and sustainable communities. It draws on Indigenous knowledges and permaculture modelling in the attempt to demonstrate achievable societal change from the household and community economies out. The thesis contends that modern living is inherently damaging; and on such a scale that personal accountability is degraded. The ecological and social consequences of this are clearly evident, and the thesis challenges us to transition to radically different forms of living where permanent making replaces disposability, and personal accountability is once again performed.

And while we’re on the topic of positive and inspiring activists, Perth based singer songwriter Charlie Mgee, AKA Formidable Vegetable Sound System, recently visited the Hepburn Shire during the Swiss Italian Festa where he played a fabulous set of some of his songs from his album, Permaculture: A Rhymer’s Manual. 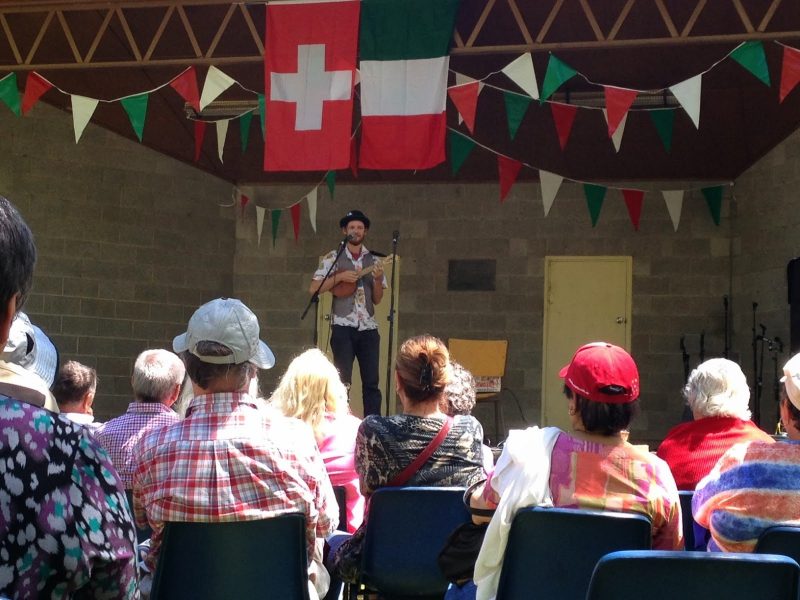 Charlie’s album focuses on bringing simple concepts of sustainability into the spotlight using the power of music, rhyme and humour to convey the permaculture principles in fresh ways to new audiences. If you get a chance to see Charlie play, we highly recommend you grab it.

And, while on the topic of grabbing: there has been much handlebar grabbing in these here parts as the departure date for our adventure draws near – 6 days!! We have been spotted all over the place as we ride with our panniers fully loaded on practice rides from starboard to port.

If we don’t get a chance to post again for a while, see you on our way up the continent!

Artist as Family plan to walk for five days to Melbourne from our home in Central Victoria and we wish to do this respectfully acknowledging the elders and traditional communities of the country through which we travel.

We are a carless family and understand how ecological knowledges are foregrounded when technologies are backgrounded. This is our first walk to Melbourne which takes only an hour and a half by car.

We aim to leave Daylesford on March 31 and be at Point Cook or thereabouts on April 5. We aim to walk out from our home in Daylesford in Jaara country through the Wombat Forest, across the Lerderderg State Park, dropping down East of Bacchus Marsh before heading on to Port Phillip Bay.

We will take as little food and equipment as possible and put our foraging/walking/camping knowledges to the test.

The walk is also to celebrate the completion of Patrick’s manuscript, ‘Walking for Food: Regaining Permapoesis’. His book and our walk to Melbourne both attempt to raise issues around food and energy sustainability and environmental ethics. The book heavily quotes Aboriginal voices and sensibilities relating to the respectful treatment of country. This book is the result of three and a half years doctoral research based on our family and community’s transition to local food and energy resources. Patrick has conducted the research in our home community of Daylesford and through the University of Western Sydney.

On the afternoon of April 5 Patrick will give a talk at The Real Through Line poetry symposium at RMIT, a free event open to the public. 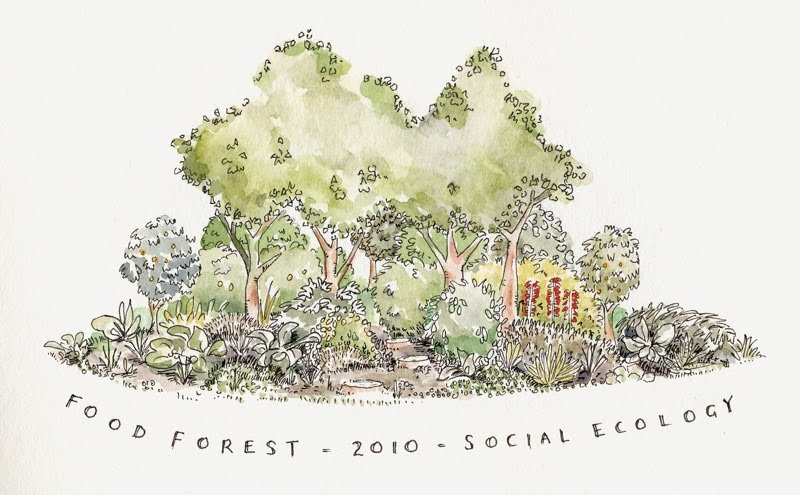 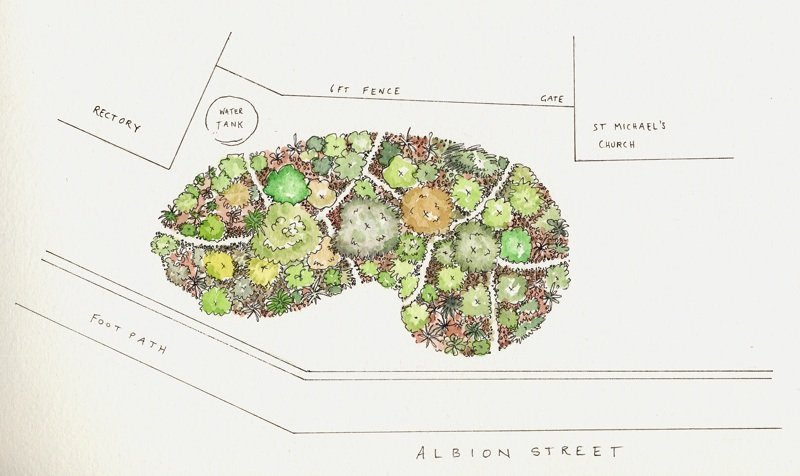